The victim's family says the other driver taunted her and her boyfriend for miles before cutting them off. The State Patrol calls the crash a hit and run. 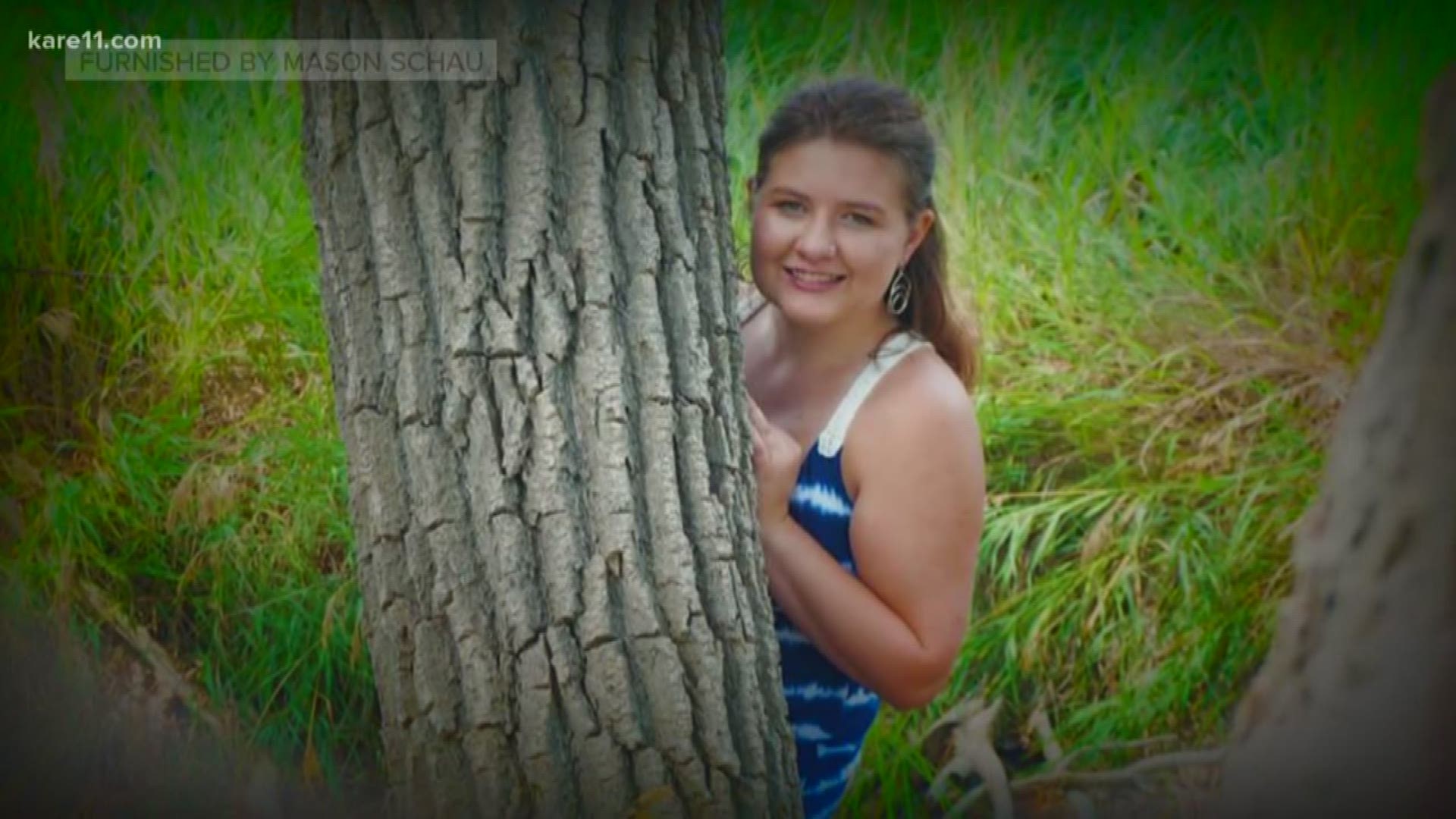 LAKE CRYSTAL, Minn. — On Highway 60 just west of Lake Crystal, 20-year-old Jalynn Williams died after what her stepfather says was an act of road rage.

"Just knowing that this guy basically murdered my daughter and he's just out driving around still, is, I mean it's horrifying," said Mason Schau, who had just moved to Mankato from Nebraska this winter.

The Minnesota State Patrol is now looking for the driver of a dark SUV for questioning about what they call a "hit-and-run" crash.

According to the State Patrol report, the driver of a black Ford SUV cut off the Chevy Blazer driven by Williams' boyfriend, possibly making contact, and causing it to roll.

"The way we understood it was this person, whoever he is, tormented them or taunted them for a couple of miles," Schau said.

Schau said his stepdaughter was a funny young woman who loved music. She moved to MN after graduating high school.

Losing Jalynn still hasn't sunk in. And the way they lost her angers him.

"I mean, that's just completely ridiculous that someone would take it that far," Schau said. "I hope this guy comes to his senses, comes forward, says he did it, and takes responsibility for it."