State Patrol says they received reports the driver ran away from the crash scene. Victim ID'd as 22-year-old Ryan Hobot from Eagan. 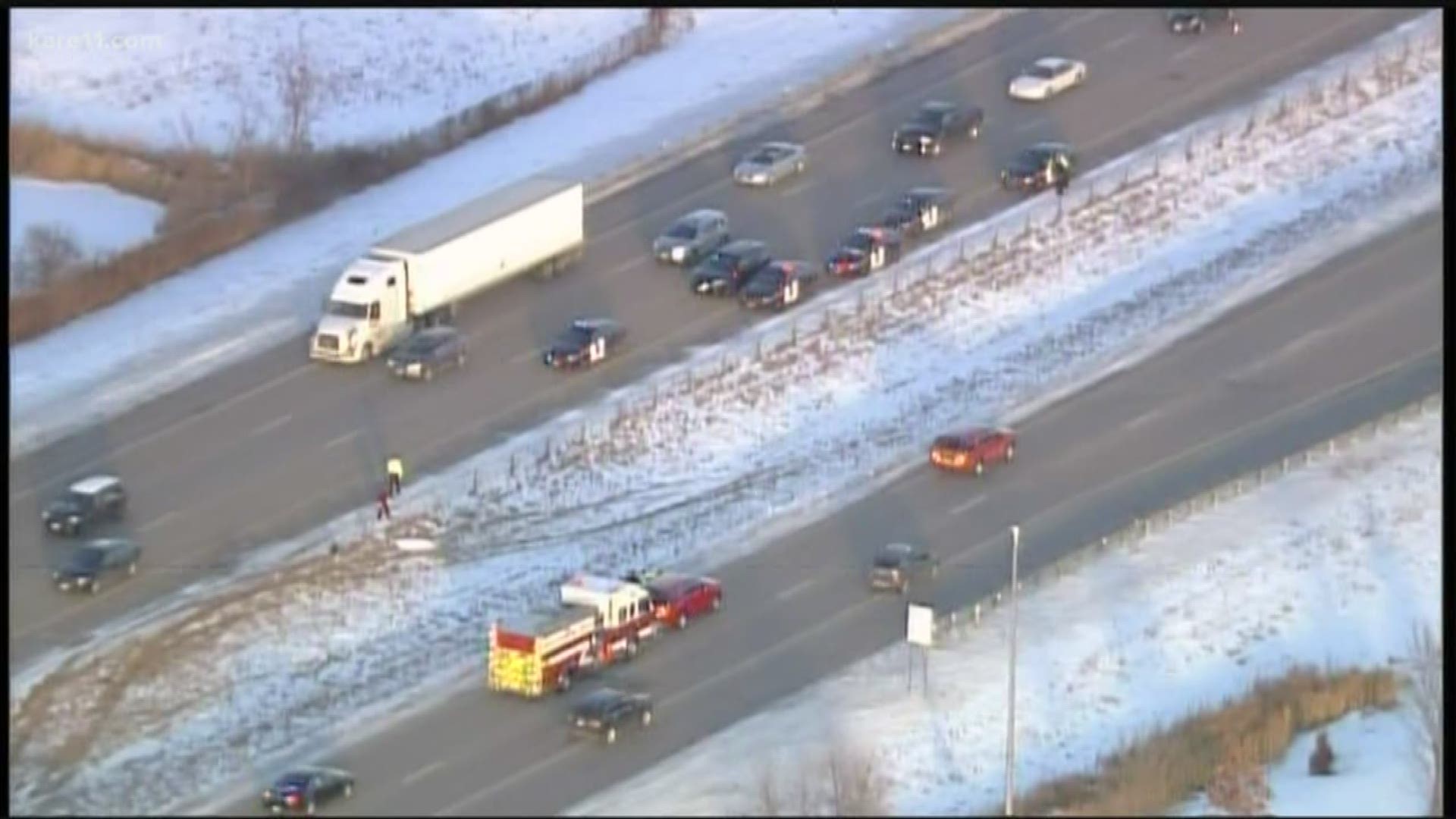 SHAKOPEE, Minnesota — On Wednesday night at 10:40, a gray Hyundai Elantra belonging to 22-year-old Ryan Hobot veered into the median on Highway 169 and crashed.

According to the Minnesota State Patrol, another car then hit the Elantra, pushed it onto the shoulder, and the driver of the Elantra was gone when they got there.

State Patrol says they received a report he ran, which is reflected on the dispatch audio from Broadcastify.

"We are receiving no injuries. We did have occupants that fled the other vehicle. Unknown how many and unknown what direction," the dispatcher said.

Shakopee police were there before State Patrol arrived. In this radio transmission they reference the missing driver.

"If you've got photos, we should be good, looks like State (Patrol) just getting to Canterbury (Road) and turning around. Already have tows, so we should be good, unless you guys want to start looking to see if you can find that driver and possible passenger," an officer said.

Neither the State Patrol, the BCA nor Shakopee police have explained how thoroughly they looked for Ryan Hobot.

But his body was not found until after 2:30 the next afternoon.

"By Cameron's Coffee, RP (reporting party) believes he saw a male lying in the median," the dispatcher said.

Alex Davids drove by after police were called. But he says Hobot was wearing dark clothing and would have been hard to see - if he wasn't focusing on that spot.

"He was pretty well blended in. I wouldn't have noticed him if I hadn't seen all those vehicles focusing on that one spot," Davids said.

However, Davids said it was very clear it was a body.