All sides were ordered to file papers by 5 p.m. Wednesday. A lower court ruling said the ballot language was still "misleading." 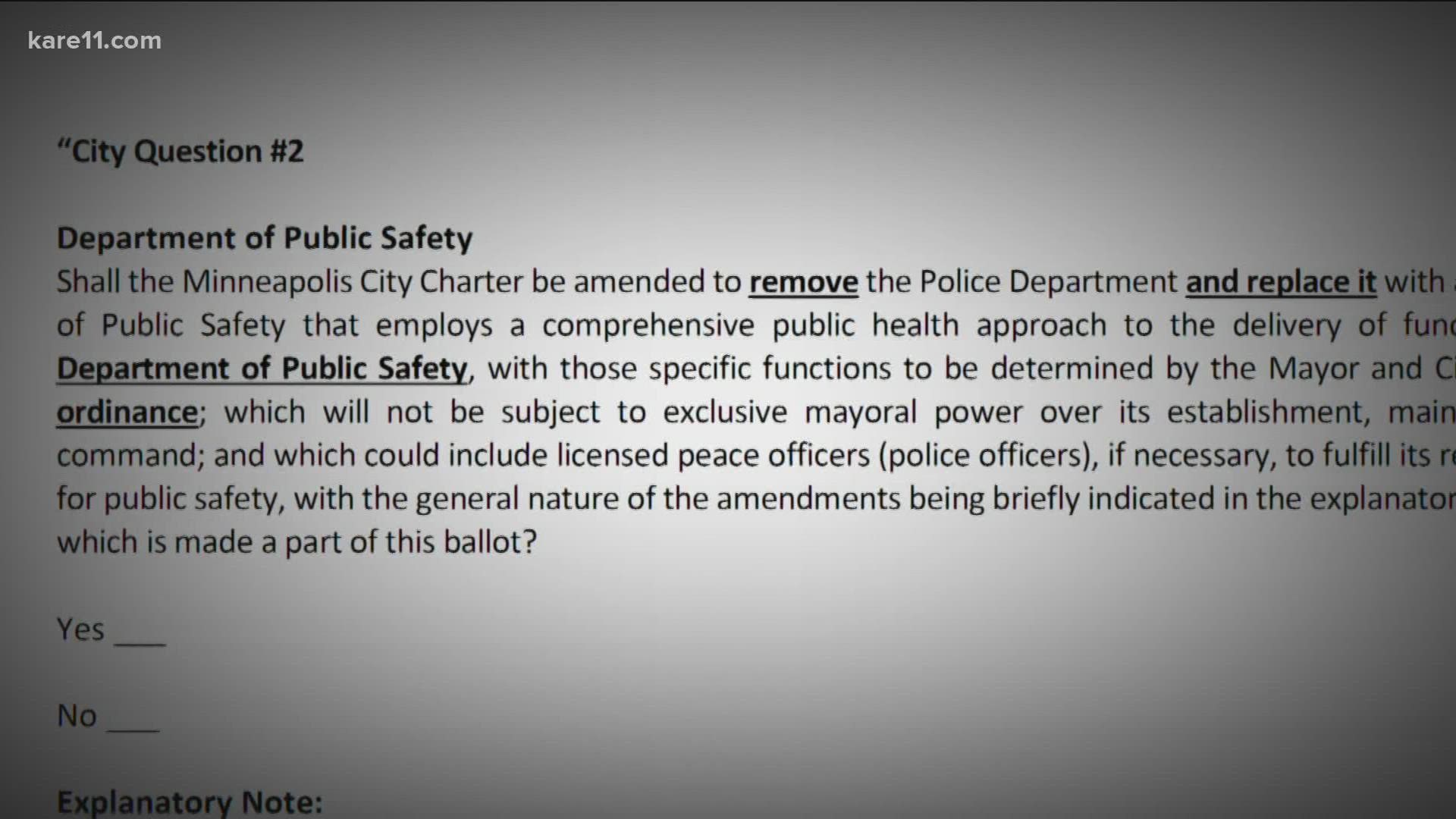 MINNEAPOLIS — Editor's note: The video above is from Tuesday, Sept. 14.

The Minnesota Supreme Court agreed Wednesday to take up a dispute over whether Minneapolis residents will decide a ballot question on the future of policing in the city where George Floyd died.

Chief Justice Lorie Gildea put the case on the fast track, ordering all sides to file papers by 5 p.m. Her order followed a ruling by a Hennepin County judge Tuesday that the ballot language was “unreasonable and misleading.”

With the Friday early voting deadline looming, the ballot question has been debated in court multiple times this month. On Sept. 7, Anderson ruled that the phrasing of the question was "vague, ambiguous and incapable of implementation, and is insufficient to identify the amendment clearly."

The Minneapolis City Council held an emergency meeting that day and voted on a new version of the question, including an explanatory note to be included with the ballot. After a 12-1 vote in favor of the rewritten question, a ballot with the new wording was sent to a city vendor for printing to begin.

The ballot question was back in court Tuesday. Anderson ruled against it again, saying it was still "unreasonable and misleading."

An attorney for Yes 4 Minneapolis, the group behind the ballot question, said Tuesday that the group's legal team had appealed and asked for an accelerated review.

"I am confident that the Supreme Court will be able to review this decision, and will make the correct decision under the law," the attorney, Terrance W. Moore, told KARE 11 Tuesday in a phone interview.