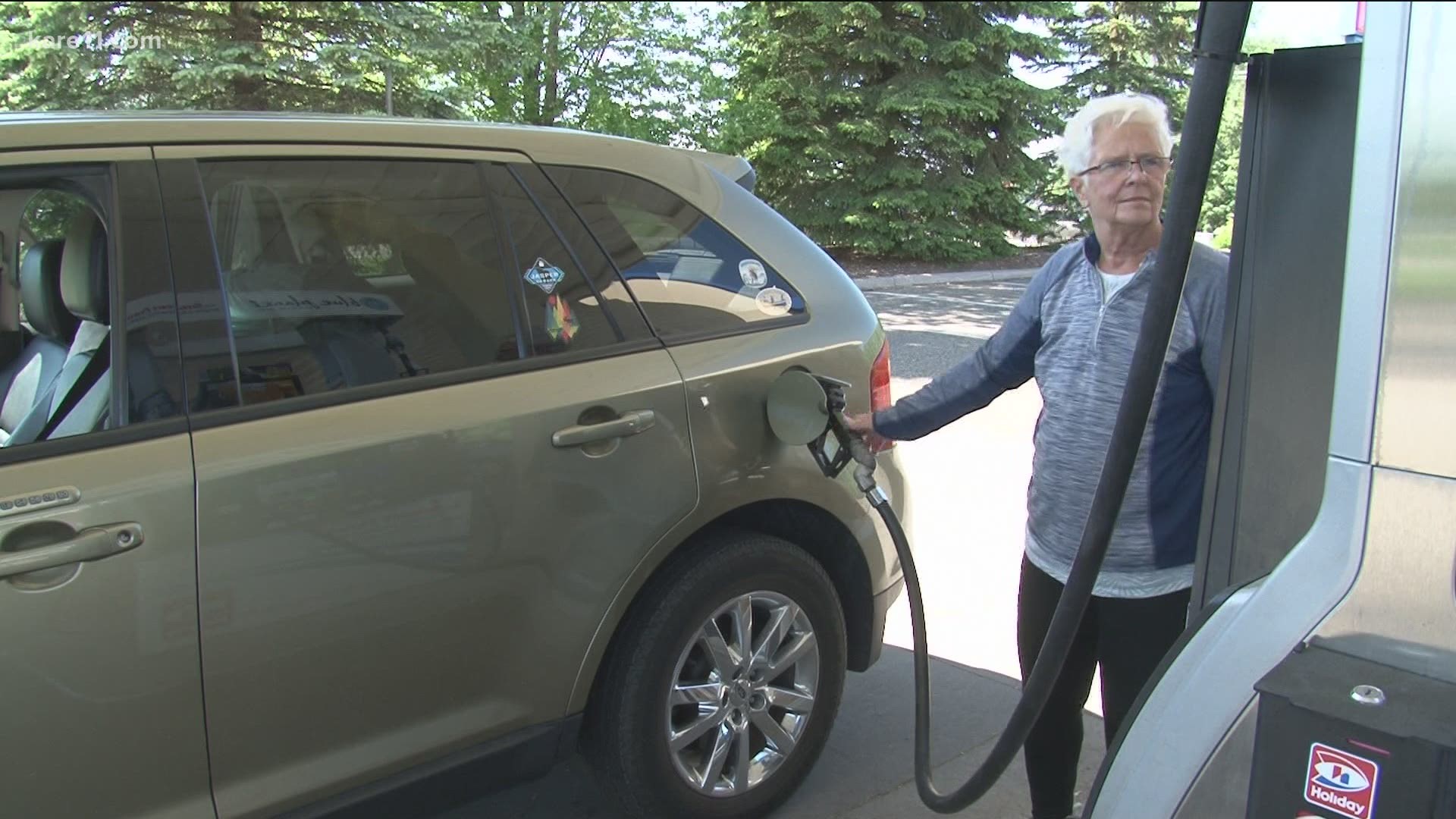 MINNEAPOLIS — Memorial Day weekend will bring higher gasoline prices than we've seen recently, as the national average hits $3.03 per gallon for the first time since 2014. It's mainly due to rising crude oil costs and increased demand as more motorists emerge from the pandemic and hit the road.

There's no shortage of gasoline in the United States, but consumers may encounter fuel outages in some areas, because some convenience stores have found themselves running low on certain blends.

Recently a Holiday Station Store in Golden Valley, Minnesota was selling premium unleaded at the price of regular unleaded because the station had run out of regular.

It's not a problem with the refineries. The issue is getting that gasoline out to stores in a timely fashion, and that's due in large part to a nationwide shortage of qualified fuel tanker truck drivers.

"There's not enough truck drivers to bring that gasoline, which is sitting in storage tanks, to the stations," Patrick De Haan of GasBuddy.com told KARE.

"We've been hearing about this issue since 2017, pre-pandemic. And it's only grown worse as more drivers have retired than entered the system."

The people who drive around 8,000 gallons of fuel must be certified in handling hazardous materials, in addition to holding a commercial driver's license. That will contribute to sporadic, scattered outages.

"According to PDI Software, a company that provides logistics and other services to convenience stores, 10 to 25% of tanker trucks nationally are parked simply because of the lack of truck drivers qualified to drive them."

According to the National Association of Convenience Stores the tanker driver shortage was aggravated by the COVID-19 pandemic, because safe distancing made it harder to hire and train replacement drivers.

Alison Thron, a Holiday Stores franchise owner, said she's encountered shortages in gasoline and many of the commodities sold at her family's three stores in the northern Twin Cities this spring.

"We've been low on one type of fuel. In fact, so low our alarms have gone off, that we have to get more fuel," Thron told KARE Wednesday.

"But the issue we keep hearing is they don’t have drivers; the groceries don’t have drivers. So, our whole way of doing business that we've done for 47 years has been interrupted because we can't get the people to drive to work to bring us the product."

Thron said her Mountain Dew supplier also advised her that her allocation of product will be limited, also due to a shortage of delivery drivers. And that's not the only labor shortage affecting her businesses.

She is now offering a $500 signing bonus because it has become much harder to find clerks. Thron said she's hearing the same thing from other retailers and restaurant owners about troubles with hiring.

"We are struggling like all other businesses to get workers. We don’t have any workers that want to come to work because they’re being incentivized to stay home," Thron asserted.

"We know 21 other states across the US have lifted these unemployment benefits, but Minnesota continues to fail to do that."

Minnesota's state Unemployment Insurance program pays 50% of an average weekly wage up to the state maximum of $762 per week. But in many states, including Minnesota, furloughed workers may also qualify for an extra $300 federal stimulus supplemental payment.

That program runs through September of 2021.

A 2020 study by the Chicago Federal Reserve Bank found that unemployed persons typically spend at least 12 hours per week looking for jobs and submit on average nine job applications per month, regardless of whether they're drawing unemployment payments.

The researchers found people who qualify for unemployment insurance search for jobs more intensely than those who've left the labor force altogether and those who are still working.