What do we know about the long-term effects of tear gas?

Newly published research found there's not much known about any long-term health impacts of the gas. 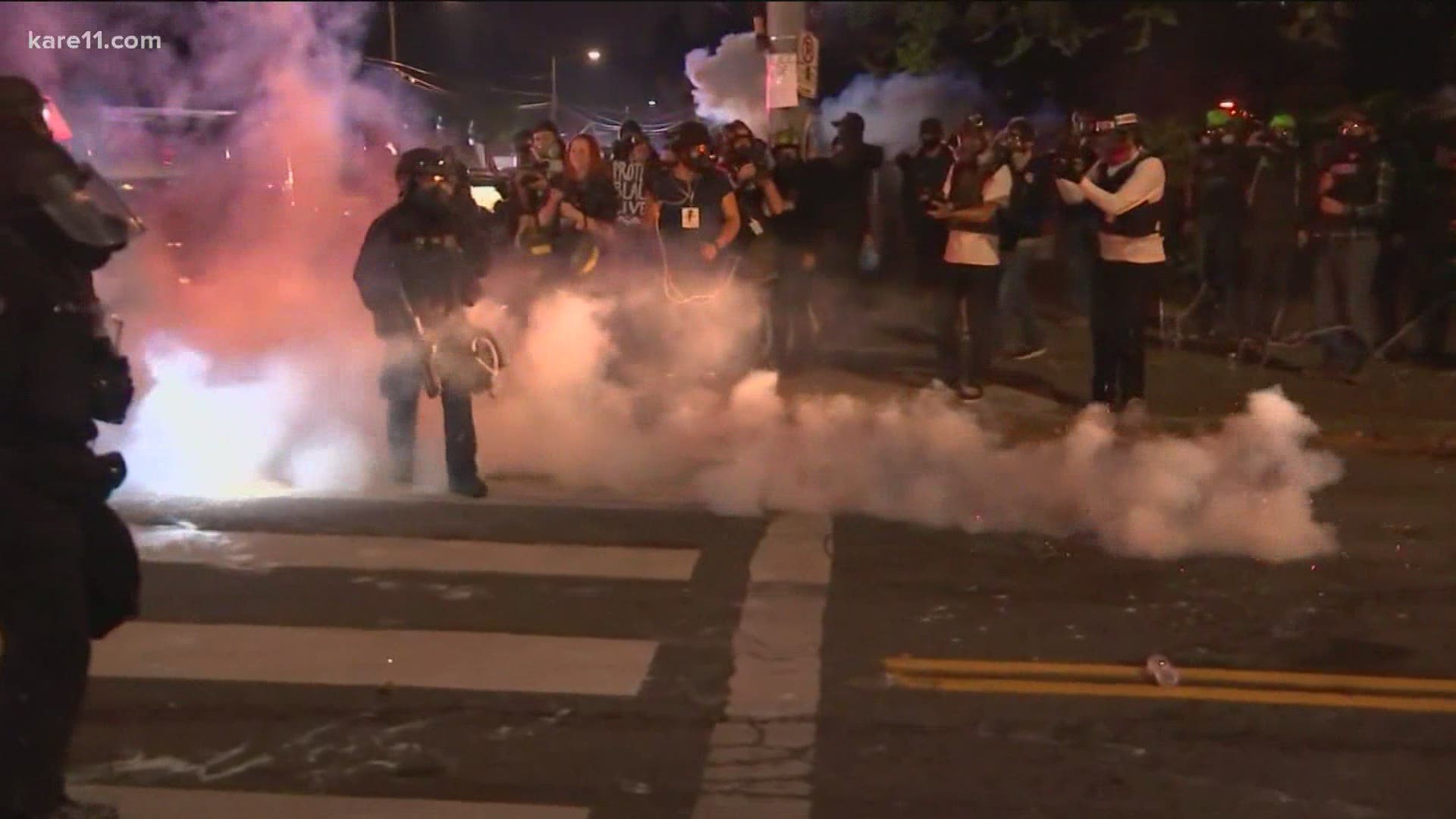 MINNEAPOLIS — After George Floyd's murder last summer, protests erupted in Minneapolis and across the country. In some cases, police deployed tear gas as a crowd control measure.

Witnessing that use of tear gas inspired Carlee Toddes, Jennifer Brown, and some fellow Ph.D. students at the University of Minnesota Medical School to begin researching.

The group read hundreds of pieces of literature before writing a paper on their findings, which was published in late March in the Journal of Science Policy & Governance. The paper says there are very few human studies on the long-term effects of tear gas and "those that exist are highly constrained."

"Most of the studies we found stop monitoring people after about 24 hours," Brown said.

They aren't the only people in the medical field speaking out. Last weekend a separate group from the University of Minnesota marched to the Brooklyn Center Police Department. Many were involved in a study that showed 89 people were severely injured by tear gas and rubber bullets during the protests last summer.

Here are the #’s from U of MN doctors: 89 people injured by #LessLethal weapons during #GeorgeFloyd protests. 32 people sent to ER due to tear gas. 10 hit in eye by rubber bullets. 16 suffered traumatic brain injury. 7 required emergency surgery. @kare11 pic.twitter.com/2VitgT0nND

"We need to reconsider its use on civilians when we, as the scientific community, don't have data on the long-term health effects of exposing people to these chemicals," said Brown.

So what should police use instead of tear gas? The paper suggests using de-escalation tactics before any sort of force. It points to the Seattle Police Department's new de-escalation policy as a template for other departments to use.

RELATED: 'It was burning my nose and my eyes.' Residents living across from scene of Brooklyn Center protests say tear gas entered homes

RELATED: VERIFY: Tear gas is banned from war, but not banned for use by law enforcement internationally