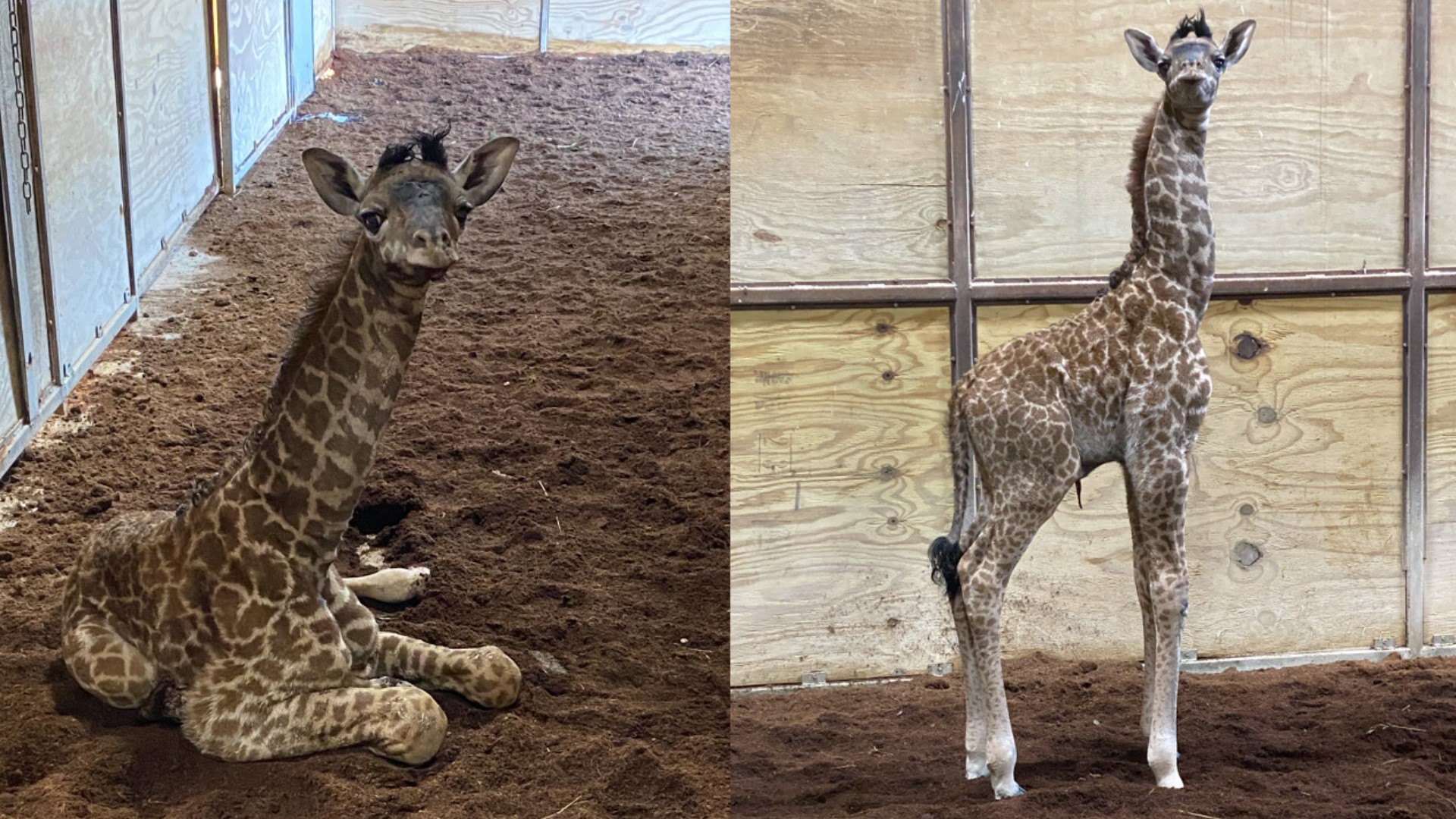 POWELL, Ohio — The Wilds announced on Tuesday a new addition to its animal family with the birth of an endangered giraffe earlier this month.

The calf was born on Sept. 8, according to a release from the conservation center, marking the 20th giraffe born at the park.

Conservation center staff noted his birth is particularly important considering Masari giraffes are listed as endangered. In just the past three decades, the Masari population has plummeted nearly 50%, it reads in the release.

“The arrival of this calf is exciting on many levels. Of course, it is always heartwarming to welcome an adorable calf to the herd, but it’s the hope that his birth represents for the future of his subspecies that carries the deepest meaning,” said Dr. Jan Ramer, senior vice president of Animal Care and Conservation at the Columbus Zoo and Aquarium, and vice president of The Wilds.

The calf, which has yet to be named, already appears to be strong and tall for his age, animal management staff said. Despite being born just weeks ago, he already stands at more than 6 feet. He continues to stay close to his mother, Savannah.

Guests can catch a glimpse of them during the Open-Air Safari Tour or a Wideside Tour at the park. Learn more here.