Salazar received a 4-year ban for, among other violations, possessing and trafficking testosterone while working at the Nike Oregon Project, USADA said. 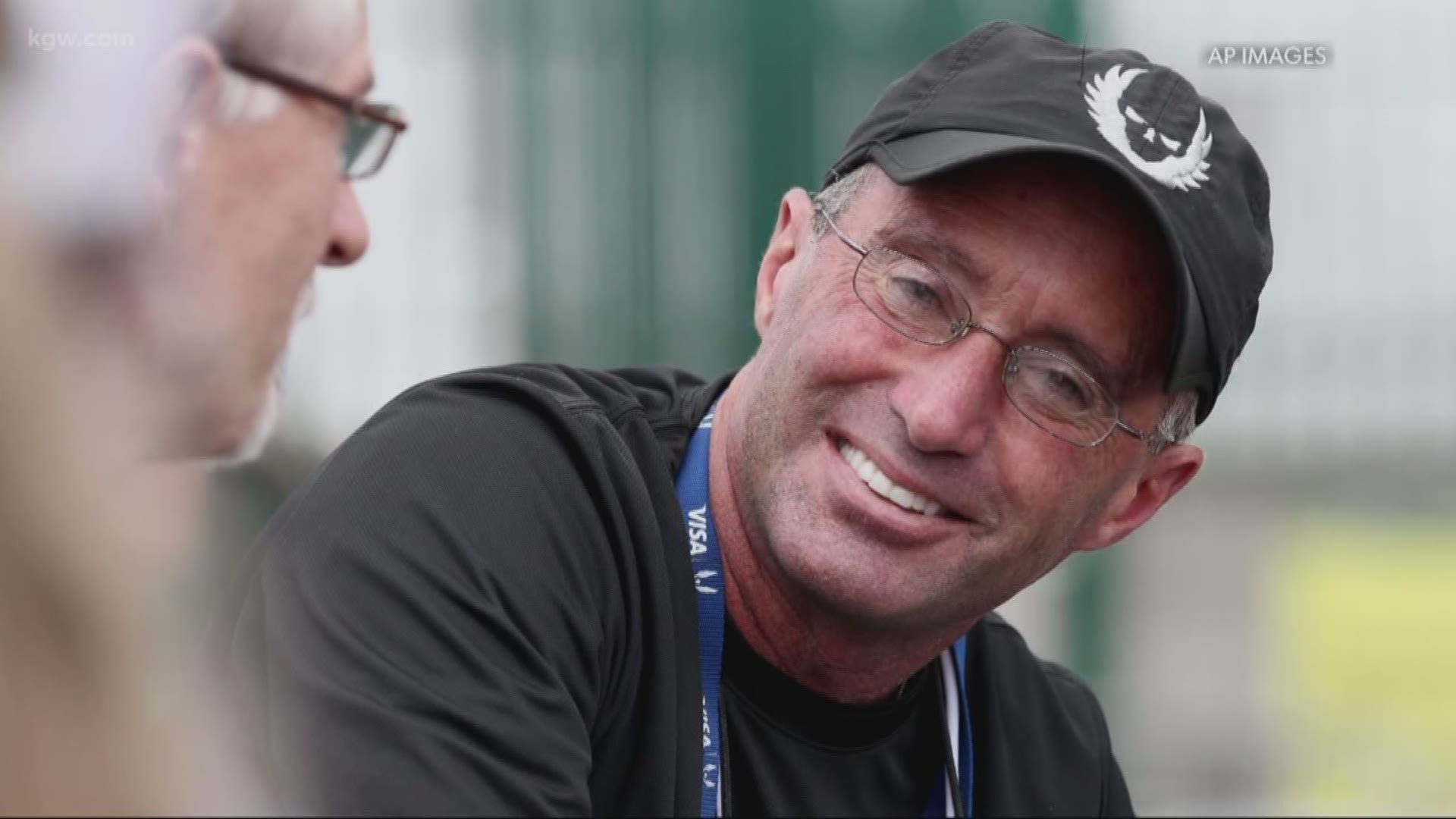 PORTLAND, Ore — Track coach Alberto Salazar, who trained four-time Olympic champion Mo Farah and a number of other top runners, has been given a four-year ban in a case pursued by the U.S. Anti-Doping Agency.

USADA said in a news release Monday that an arbitration panel decided on a four-year ban for Salazar and endocrinologist Jeffrey Brown for, among other violations, possessing and trafficking testosterone while working at the Nike Oregon Project (NOP), where they trained top runners.

Brown did consulting work for the NOP and was a personal physician for some of the runners.

A four-year USADA investigation began after a BBC report that detailed some of Salazar's practices, which included infusions of a legal supplement called L-carnitine that is supposed to enhance athletic performance.

The BBC said marathoner Kara Goucher and a former NOP coach, Steve Magness, were among the witnesses who provided evidence for the case. USADA said it received information from 30 witnesses.

UK Athletics had done its own investigation into Salazar and given Farah, who runs for Britain, the OK to continue working with him. Farah parted ways with Salazar in 2017, saying he wanted to move back home.

Salazar also coached 2012 Olympic silver medalist Galen Rupp. Salazar, Rupp and Farah have, in the past, strongly denied any wrongdoing.

USADA said it relied on more than 2,000 exhibits between the two cases and that proceedings included nearly 5,800 pages of transcripts.

"The athletes in these cases found the courage to speak out and ultimately exposed the truth," USADA CEO Travis Tygart said. "While acting in connection with the Nike Oregon Project, Mr. Salazar and Dr. Brown demonstrated that winning was more important than the health and wellbeing of the athletes they were sworn to protect."

When asked for comment, Nike responded with the following statement:

Today’s decision had nothing to do with administering banned substances to any Oregon Project athlete. As the panel noted, they were struck by the amount of care Alberto took to ensure he was complying with the World Anti-Doping Code.

We support Alberto in his decision to appeal and wish him the full measure of due process that the rules require. Nike does not condone the use of banned substances in any manner.

The 61-year-old Cuban born coach was a college star at Oregon, who went on to win four major marathon titles, in New York and Boston, from 1980-82.

I am shocked by the outcome today. Throughout this six-year investigation my athletes and I have endured unjust, unethical and highly damaging treatment from USADA. This is demonstrated by the misleading statement released by Travis Tygart stating that we put winning ahead of athlete safety. This is completely false and contrary to the findings of the arbitrators, who even wrote about the care I took in complying with the World Anti-Doping code:

“The Panel notes that the Respondent does not appear to have been motivated by any bad intention to commit the violations the Panel found. In fact, the Panel was struck by the amount of care generally taken by Respondent to ensure that whatever new technique or method or substance he was going to try was lawful under the World Anti-Doping Code, with USADA’s witness characterizing him as the coach they heard from the most with respect to trying to ensure that he was complying with his obligations.”

I have always ensured the WADA code is strictly followed.  The Oregon Project has never and will never permit doping.  I will appeal and look forward to this unfair and protracted process reaching the conclusion I know to be true. I will not be commenting further at this time.

Among the seven runners listed as members of Salazar's team are Sifan Hassan of the Netherlands, who won the 10,000-meter gold medal on Saturday night, and is entered to run later this week in the 1,500; and Donavan Brazier and Clayton Murphy of the U.S., each of whom are scheduled to run in the 800-meter final Tuesday.

Hassan released a statement saying she was aware of the USADA investigation when she joined Salazar's team "and have always had a clean conscience, knowing we are being monitored to the absolute fullest by USADA and" the World Anti-Doping Agency.

"I am saddened by the timing of USADA as it brings my championship out of balance," she said.

The USADA ban went into effect Monday, and track's governing body, the IAAF, moved quickly to revoke Salazar's credential for the final six days in Doha. The Athletics Integrity Unit, which oversees anti-doping in track, was preparing to notify the Salazar athletes that they could not associate with their coach because of his ban.

USADA's dogged pursuit of him in a difficult case that never directly implicated any of his athletes was a reminder of how track's doping issues stretch well beyond the Russian scandal that has overtaken the sport over the last several years. The other four Salazar athletes in Doha this week are from Ethiopia (Yomif Kejelcha), Germany (Konstanze Klosterhalfen) and the United States (Jessica Hull and Craig Engels).

Get the new KGW app before severe weather hits!