Police warned drivers to stay away from the intersection of Hawthorne Street and Ulstad Avenue, which they said is blocked. 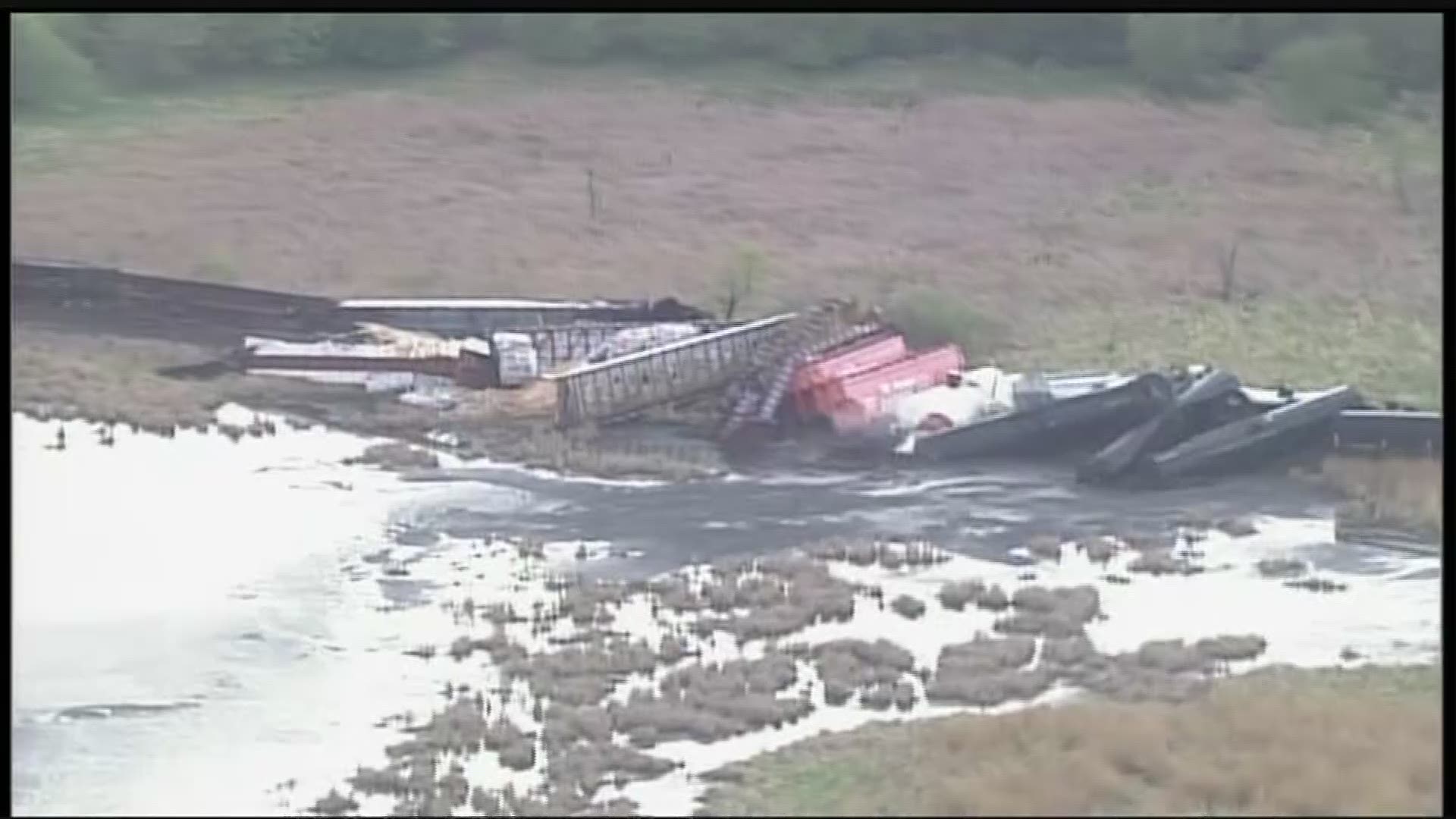 ALBERT LEA, Minn — Albert Lea Police are warning the public to stay away after a Union Pacific train derailed near the intersection of Hawthorne Street and Ulstad Avenue in Albert Lea, leaving multiple train cars overturned.

Police say there are no reports of anyone injured, and Union Pacific says none of the train's crew were harmed during the accident.

A video posted to the Albert Lea Police Department's Facebook page showed  multiple train cars lying on their sides, and footage from Sky 11 (shown in the above video) captured what was later confirmed by Union Pacific to be 28 overturned cars.

In a comment, the police department's page said the train derailed just after 1:30 p.m. Saturday. It added that the train has a total of 50 cars.

"The train was carrying mixed commodities; however, we have confirmed two of the derailed cars are leaking hydrochloric acid," a Union Pacific representative said. "Union Pacific is working with emergency responders to determine a response plan."

The cause of the derailment is still under investigation.

Police earlier issued a "Precautionary Shelter in Place" order for the immediate area, but stated the order did not apply to the entire town.

The department said there was no evidence of airborne hazardous materials, though Rochester HAZMAT is on the ground to assist with containment.

Police warned drivers to avoid the intersection of Hawthorne Street and Ulstad Avenue, which they said is blocked. They asked onlookers on Main Street East to keep moving to avoid traffic problems.

Posted by Albert Lea Police Department on Saturday, May 15, 2021