Troopers deliver blood in time to save mother's life

Mother of three suffered hemorrhage after giving birth to her daughter, sparking emergency delivery of plasma and blood to Hutchinson hospital 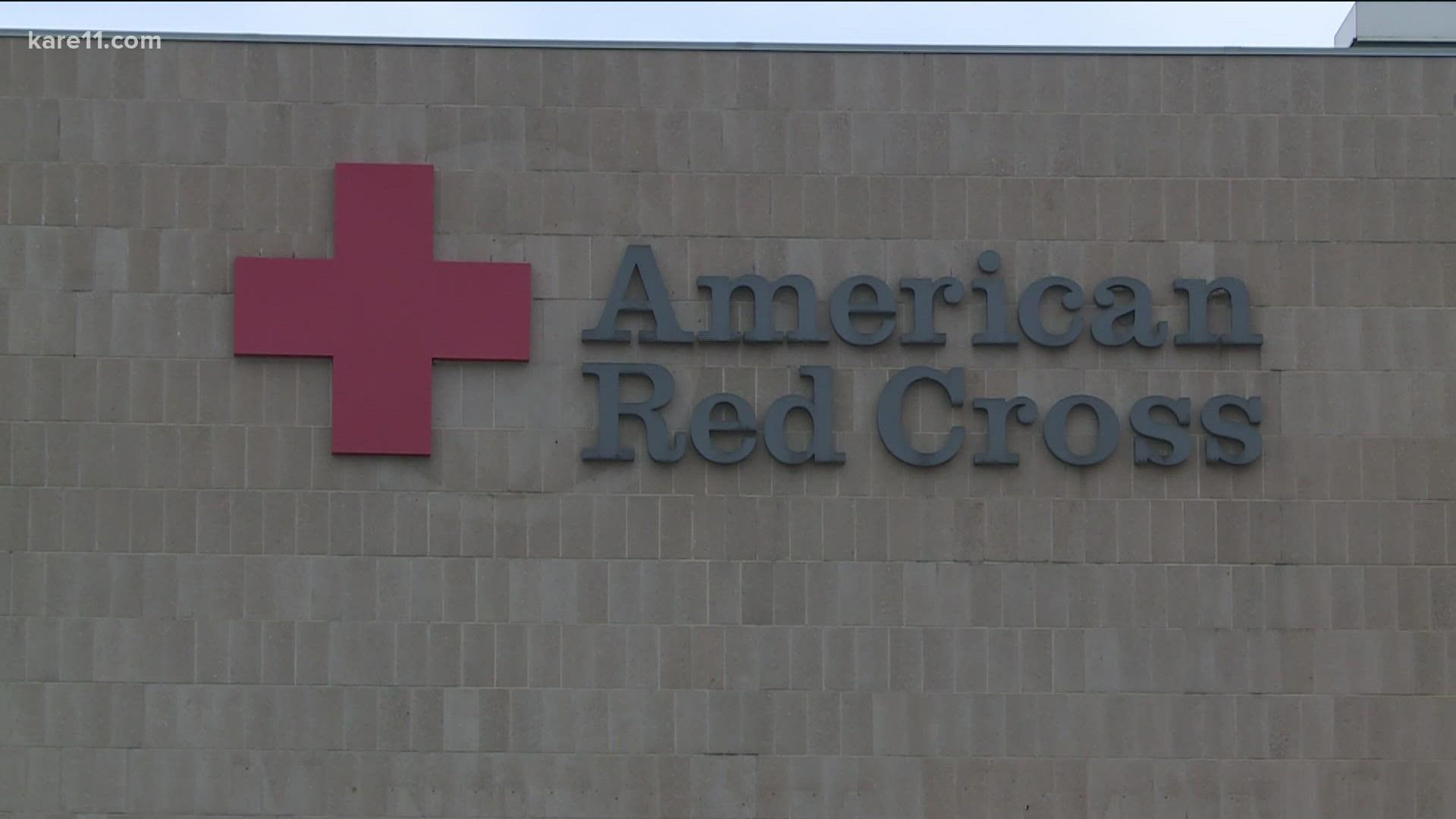 HUTCHINSON, Minn. — It was the ultimate team project. Doctors and nurses, blood banks and donors, emergency dispatchers and Minnesota State Troopers all working together to save the life of a young woman who had just given birth and was living on borrowed time.

It all happened July 21 in Hutchinson, 70 miles west of the Twin Cities. On Tuesday, all the parties reunited to thank each other for pitching in, and to highlight the role the state patrol often plays in getting life-saving blood from point A to point B in a health crisis.

"You guys have been so great in everything you do and thank you for saving theses lives. My kids have their mom. So, thank you!" Jenapher Blair told the troopers and medical professionals who gathered outside Hutchinson Health Hospital Tuesday.

Shortly after she gave birth to her daughter Adalyn, Blair suffered a serious postpartum hemorrhage and began to lose blood at a high rate. The medical team soon learned they would run out of her Type O-negative blood.

"When we order blood, we have no idea where it comes from. We just need it in our hands right now, so the fact all these pieces came together is just incredible," Brandon Thiemann, the anesthetist who was in the operating room with Blair that day, told reporters.

"We can use certain medications and fluids to take the place of the blood, but at a certain point we just need the blood, in order to keep the body circulation moving forward, especially with the blood loss."

A DPS emergency dispatcher got things rolling by contacting the American Red Cross blood bank in St. Paul. From there a team of different state troopers were mobilized to get the blood and plasma from the blood bank to the St. Paul airport, and on to the State Patrol chopper for the flight to Hutchinson.

"Todd was flying that day. It was my job to get out of the helicopter, run under those blades, which is pretty scary the first time you do it," Trooper Brett Stricker told reporters.

By the time the helicopter got to Hutchinson there was already an air ambulance sitting on the hospital's helipad, preparing to take Blair to Abbott Northwestern hospital in Minneapolis. So, the patrol pilot landed instead at the Hutchinson airport, where the blood was handed off to yet another state trooper on the ground.

"We don't normally get information on how these types of events turn out. I think I can speak on behalf of all of us that we were overjoyed when we heard Jenapher had made it."

She awoke the next day, surprised to find herself at Abbott and feeling sore from the emergency hysterectomy she had undergone as part of her treatment.

"When I woke up my question was, 'Where's my husband?' and then, 'Where's the baby? How did she make it?' Because I remembered she was having breathing problems."

Baby Adalyn was taken by ambulance to Children's Hospital in Minneapolis, where she spent five days. Both mom and baby are home now, with Jenapher's husband Stephen and their other two children. Tuesday was the family's first chance to meet the troopers and other members of the Hutchinson Health team that made it all work in crunch.

Blair said all three of her pregnancies have been considered higher risk because she has developed cholestasis -- a kidney dysfunction that often strikes women in their third trimesters and is marked by itching. But her doctors had carefully guided her through the process, and successfully got her to 39 weeks before the delivery was set.

"Everything was going so smoothly until it wasn't. That's the importance of having of having a good medical team. I want to thank you guys so much."

The Minnesota State Patrol is involved in dozens of such "blood runs" every year, some just by vehicle and some by air. It's one of the advantages of being a statewide agency with coordinated dispatchers.

"Our dispatchers are exceptionally good at what they do. And when they get this call, they start figuring out how to get it from point A to point B as fast as they can," Col. Matt Langer, the State Patrol chief, explained.

"Many troopers are involved in this. I’ve done it myself, where you have a blood in a cooler on your front seat and you often don't know why it’s being transported."

Jenapher Blair said the main message she wanted to get across to the larger community was that it's important to donate blood, especially now during a nationwide shortage of blood.

The Blair Family has set up a GoFundMe page to help offset the family's medical bills, and to raise donations to help the agencies that teamed up to save Jenapher's life.