One arrest, one citation outside Trump rally in Minneapolis 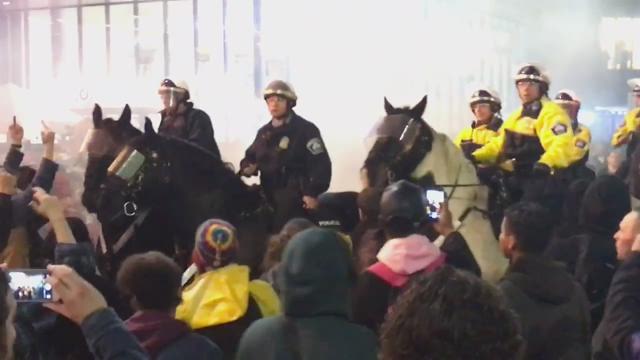 The arrest was for damage to property and the citation was for disorderly conduct. Police used pepper spray to break up some of the fights outside the Target Center.

The skirmishes appear to have started after some of the demonstrators set Trump hats on fire.

Minneapolis police officers formed a line with horses and bicycles. Eventually the crowds thinned out.

Earlier, opponents of the president chanted and carried signs in downtown Minneapolis Thursday evening as thousands of Trump supporters packed Target Center for his rally.

Several groups of demonstrators protested and attempted to block traffic near Target Center.

Minneapolis police say they have "no numbers" on arrests so far.