Tyler Moon collapsed during Twin Cities Marathon Weekend, but he survived thanks to a remarkable group of helpers 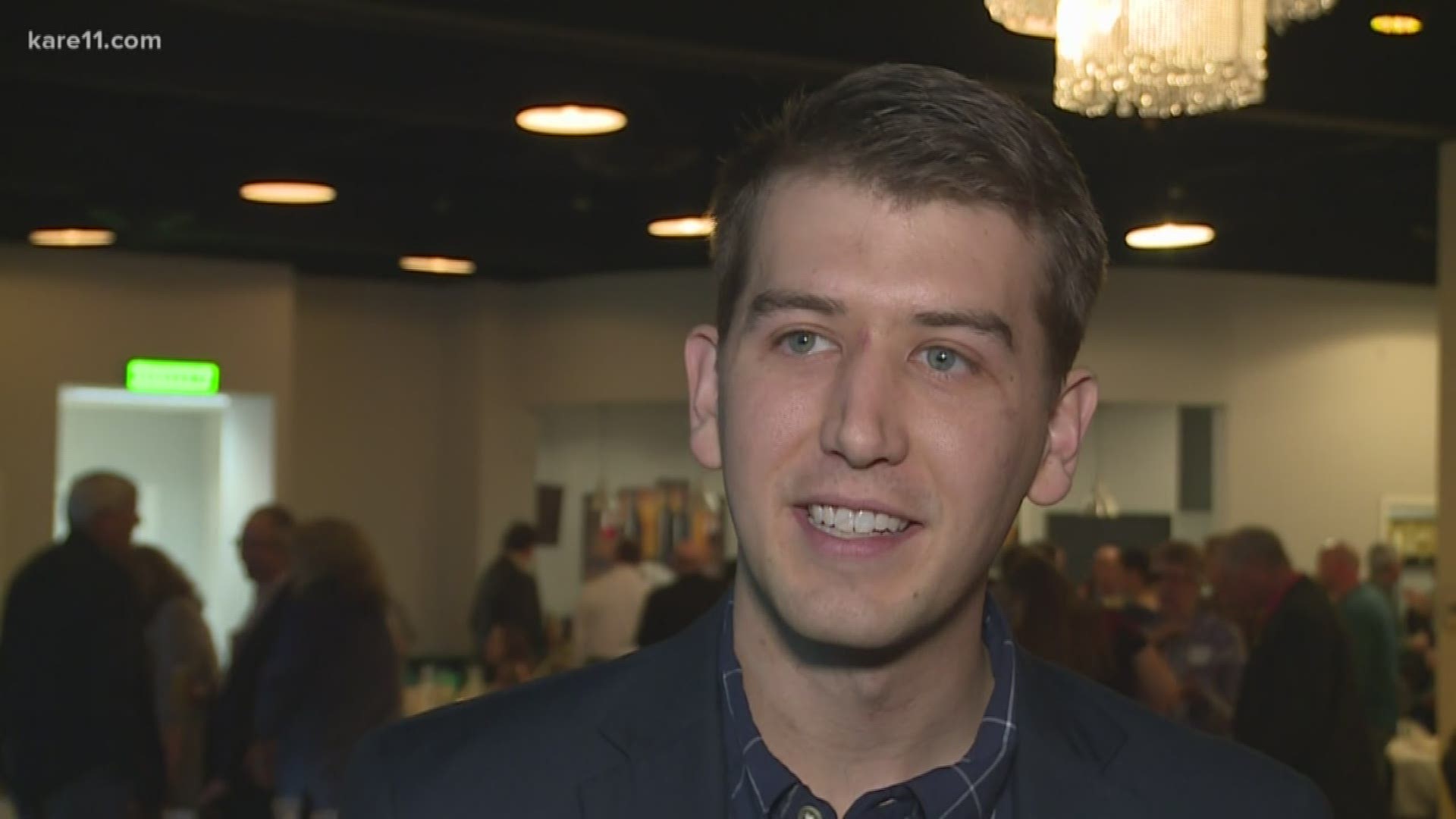 Like thousands of others on the early morning of Oct. 6, Amy Green drove her fiancee to downtown Minneapolis and gave him a kiss goodbye. Tyler Moon wouldn't be running 26.2 miles, but he would indeed be competing in the Twin Cities 10 Mile race.

He started strong and crossed paths with Amy soon enough.

"Saw my fiancee and my parents at Mile One," he said. "Gave her a big hug."

Moon kept chugging along with 13,000 other runners who'd crossed the start line for the 10-mile competition. Although he didn't know it at the time, Moon's pace was basically right on par with a man named Jesse Bueno for the next seven miles.

Around Mile Eight, Bueno stopped for a water break and greeted his wife and kids, who'd come to the race to cheer for him. Then Bueno took off running again.

That's when he saw it all happen.

It was Tyler Moon.

"I don't really remember anything," Moon said, "of having the cardiac arrest."

Bueno, an anesthetist who specializes in airways, was one of the first to rush to Moon's side. He wasn't breathing. Within moments, a swarm of other helpers stopped in the middle of the course to assist. Some were doctors, some were nurses, some were members of law enforcement and others just wanted to pitch in any way they could. All of them worked in tandem to provide chest compressions and get Moon into the hands of paramedics.

"Time's such a blur at that moment," Bueno said.

At the finish line, Amy Green didn't see her fiancee.

It turned out Tyler was in good hands. The first responders transported him to Regions Hospital, where he later woke up -- albeit with some broken facial bones.

But he was alive.

"That," Moon said, "is just attributed to the group of 10 to 12 people that stopped their run to save my life."

They had started as random strangers at the beginning of Twin Cities Marathon Weekend. By Mile Eight of the 10-miler, they had formed an unbreakable bond as the people who helped revive Tyler Moon after he'd collapsed from cardiac arrest.

They would not see each other again for three weeks, until the annual marathon banquet. Organizers invited all of them to not only attend the banquet, but sit at a table together where they could get to know each other.

There is, however, one final piece to this story.

"During the race," Moon said, "I just wanted my bib to be a reflection of my faith."

Jesse Bueno, one of the dozen who helped save Tyler Moon, has a legal first name that fits accordingly: Jesus Bueno.

"I know God had a plan for this," Moon said. "We just know that God placed all those people behind me."