Twin Cities bride-to-be makes change of plans when buying her wedding dress. Why? The coronavirus

"It's definitely not something that I thought would [have affected] my wedding." 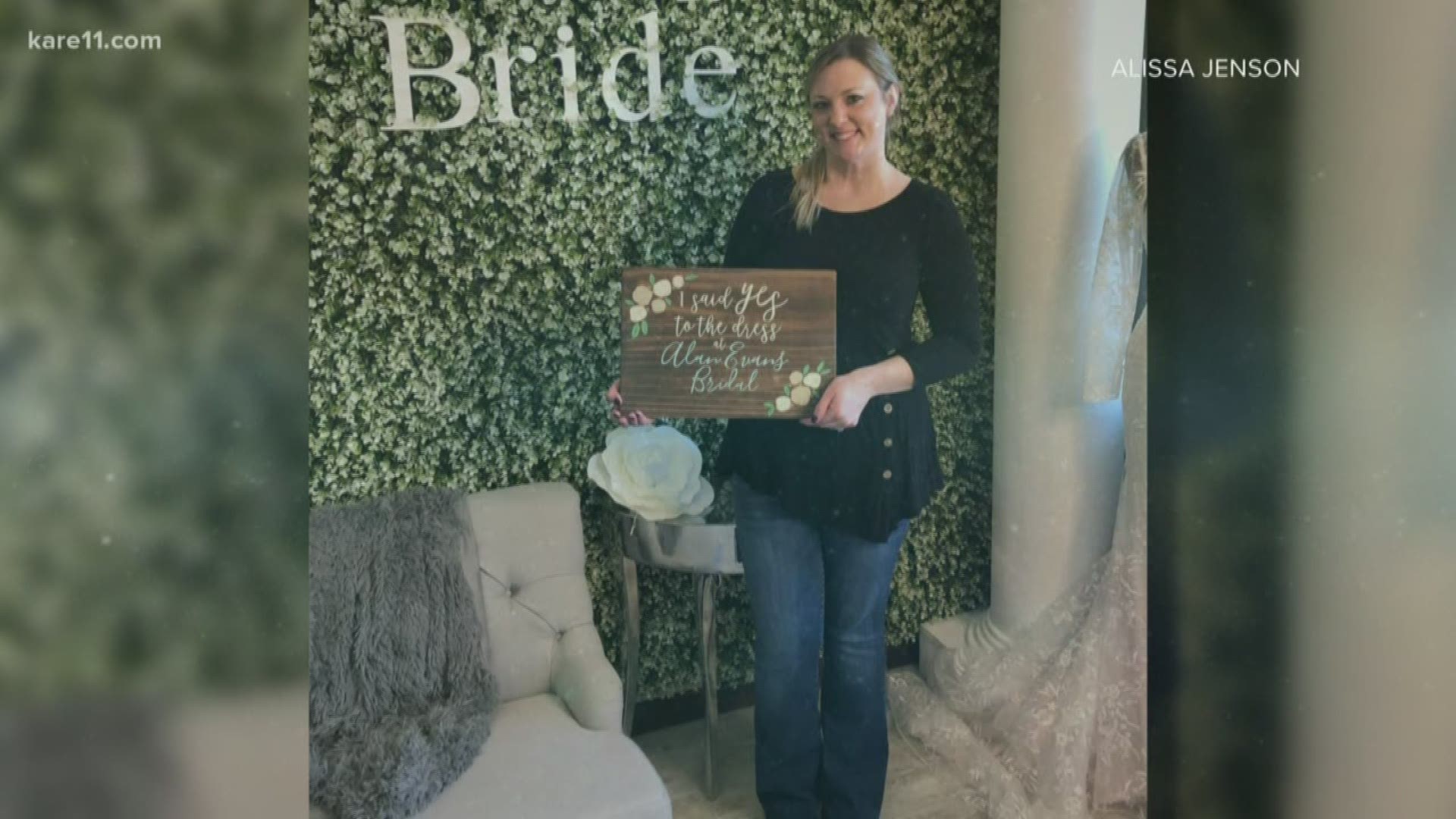 MINNEAPOLIS — Alissa Jenson knew the proposal was coming. Her fiance had asked her father. She had helped pick out the ring.

Yet when her fiance got down on one knee while they were making dinner one night in August, she says he still managed to catch her by surprise.

"What is he doing?" she recalls thinking. "He's bending down. Oh my God. He's got my ring!"

It wouldn't be the last surprise she encountered before her wedding day. The next came at a bridal shop in Fargo while searching for her wedding dress.

"I tried on a few dresses and the girl who was working with us just gave us a little heads up. She said, 'You know, if you find a dress today, I just want to let you know that, because of the coronavirus and the Chinese New Year, they're not shipping dresses right now out of China,'" Jenson said. "It's definitely not something that I thought would [have affected] my wedding."

Not wanting to risk a delayed wedding dress, Jenson, who had been planning to order a dress and have it delivered, opted for a gown off the rack, instead.

"I ended up buying my dress off the rack to avoid that potential headache and chaos of 'What if they're not going to ship my dress in time? What if I don't get it in time?'" she said.

According to BBC Travel, as many as 80 percent of the world's wedding dresses are made in China.

KARE 11 reached out to bridal stores in the Twin Cities. While no one wanted to speak on camera, people at multiple stores said they'd been contacted by dress designers warning of possible delays because of factories being shut down in China due to the coronavirus.

The general manager of a store in Ohio told KARE 11 sister station WBNS that they had received letters from designers saying shipping deliveries are changing due to the virus.

"The Chinese government has actually shut down the factories until February the 10th," said Wendy's Bridal general manager Lil Stalnacker during an interview with WBNS. "We don't want to incite panic at all, but it is a very real thing that this is impacting production."

But there's no panic for Jenson, who is happy her dress is in hand.

"I have it and I don't have to worry about it not arriving in time," she said.