A group based in Forest Lake, Minn., livestreams encounters on Facebook with men who believe they are meeting a teenage girl they met online, like "To Catch A Predator." 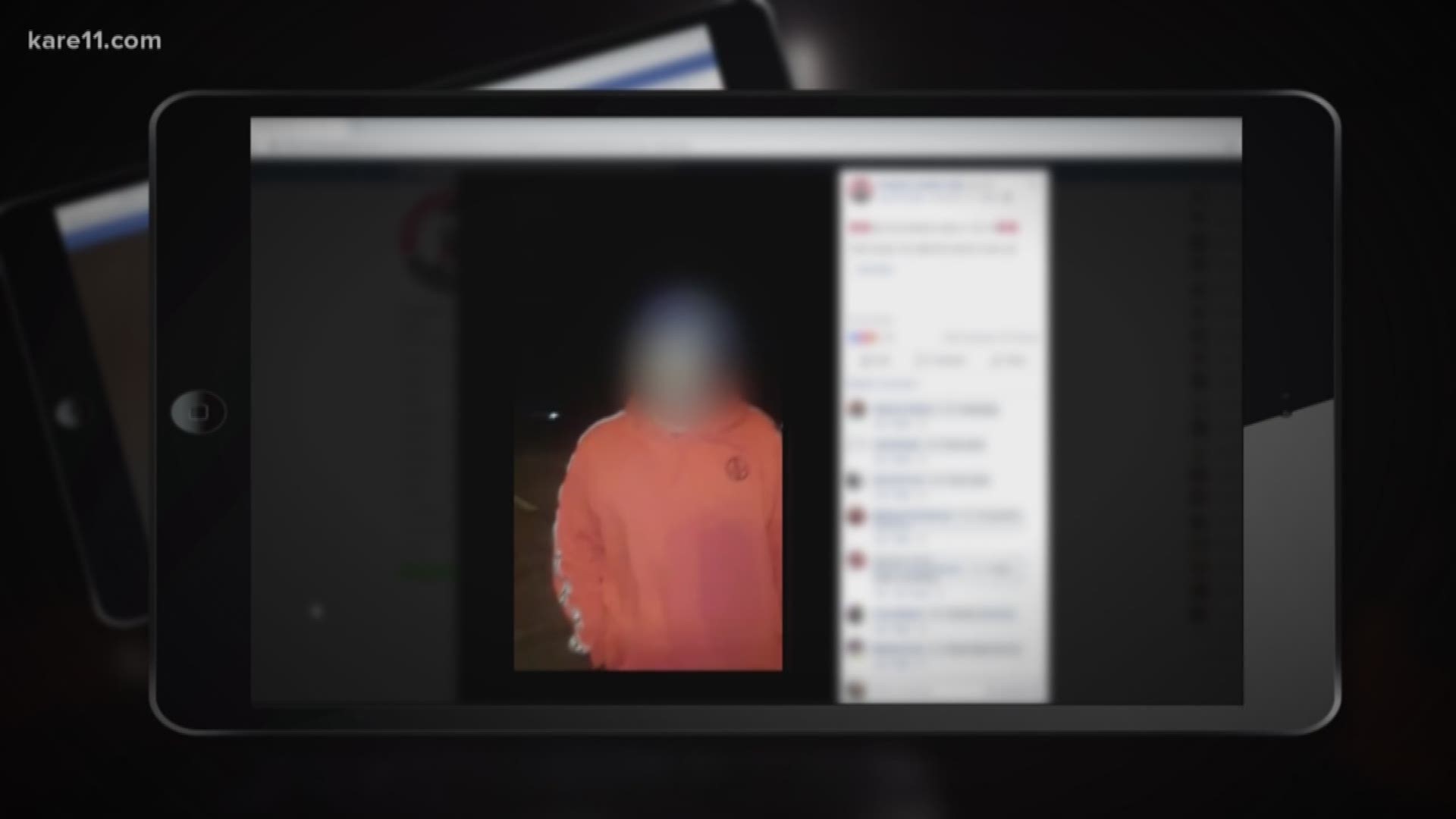 FOREST LAKE, Minn. - For the last two months, Josh from Forest Lake has been meeting up with men. Men who think they're there to meet a teenage girl.

"Who are you here to meet?" Josh asks a man in one encounter in St. Paul.

"Some girl," the man responds.

"How old is that girl?" Josh asks.

"Uh, she said she was 15, but I wasn’t taking her seriously," the man responds.

"Tell me what your intentions were meeting this 15-year-old child?" Josh asks.

"To, I don’t know, try to date her I guess. Stupid," the man responded.

Josh isn't a cop. He's a vigilante operating a Facebook Page called Predator Hunters USA. Members create profiles posing as teenage girls on dating apps. When contacted by a man, they write that they are 14 or 15 years old. If the man persists and wants to arrange a meeting, Josh shows up instead.

"We have all the chat logs. Everything will be turned over law enforcement," Josh tells a man in another encounter in East Bethel.

"OK, I'm sorry. Sorry for being stupid," the man responds.

When asked by KARE 11 News why he does this, Josh responds, "To protect our children."

He's confronted about 40 men so far, streaming the meetings live on Facebook.

After one meeting in Pine City, the man was charged with soliciting a child for sex.

When asked by KARE 11 News whether what Predator Hunters USA is doing is helpful for law enforcement, Pine County Attorney Reese Frederickson says, "I think it is."

Since Josh's group provides chat logs and video and gives the men opportunities to back out Frederickson believes they're helpful. As long as they stay safe.

"I'd say it's helpful that it is exposing adults that are soliciting children for sex. That's a good thing," Frederickson says.

Josh says he is not concerned for his safety. And he says he'll keep it up, as thousands of people watch live.