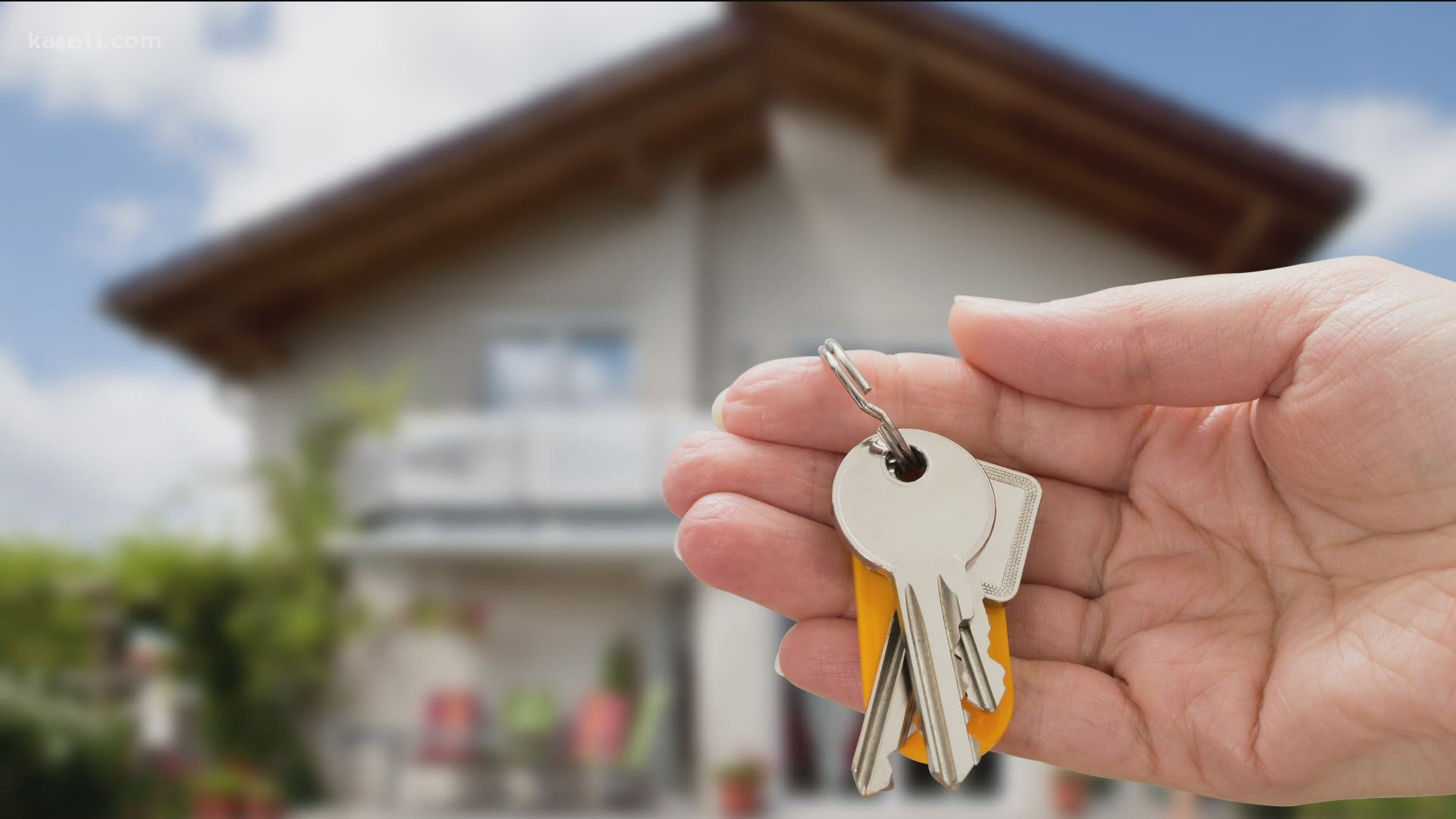 MINNEAPOLIS — The Twin Cities housing market is red hot right now with too many buyers and not enough homes for sale.

Joel Isenberger and his wife Jessica started looking at homes about two months ago, and they’re still looking.

"We're first-time home buyers, trying to get to that part of the American dream and it's not going so well,” Isenberger says.

"Eight offers when it was all said and done and on average those were right around $30,000 over asking price and we did not get a single one of them."

Realtors say this story is playing out for many young couples who are looking to buy a new home.

According to the February numbers, statewide there are 7,460 homes for sale.

Last year there were more than twice as many homes on the market.

Prices have also gone up by more than 10% over the last year.

The housing market is different in each part of the state.

In the Twin Cities homes are selling very fast.

Realtors say many homes are selling in hours, not days or weeks, but in just a few hours of posting them online.

Realtors say some buyers are so desperate to buy a home that they are sending in offers just based on the pictures.

Some buyers are even willing to waive inspections and other contingencies hoping it will give them a competitive edge.

“It’s not one or two offers. It’s more like ten or dozen or more.”

Galler says this trend will likely continue heading into the spring and summer, but he expects the market will slow down a little if interest rates continue to go up.

On average, a 1% increase in interest rates adds about $100 to the monthly mortgage of a typical home.

Galler says that extra $100 may end up pricing some couples out of the market.

Other home buyers have decided to come up with some creative ways to stay in the game.

Isenberger says he and his wife found a home through a connection that was off the market.

He says they made an offer and they’re working on the final details and he’s hoping that things go well.