Complaint: Woman, who is blind, often denied Uber and Lyft rides because of service dog

"I'll send a message saying, 'I am blind and use a service dog,'" she says. "That's when problems start." 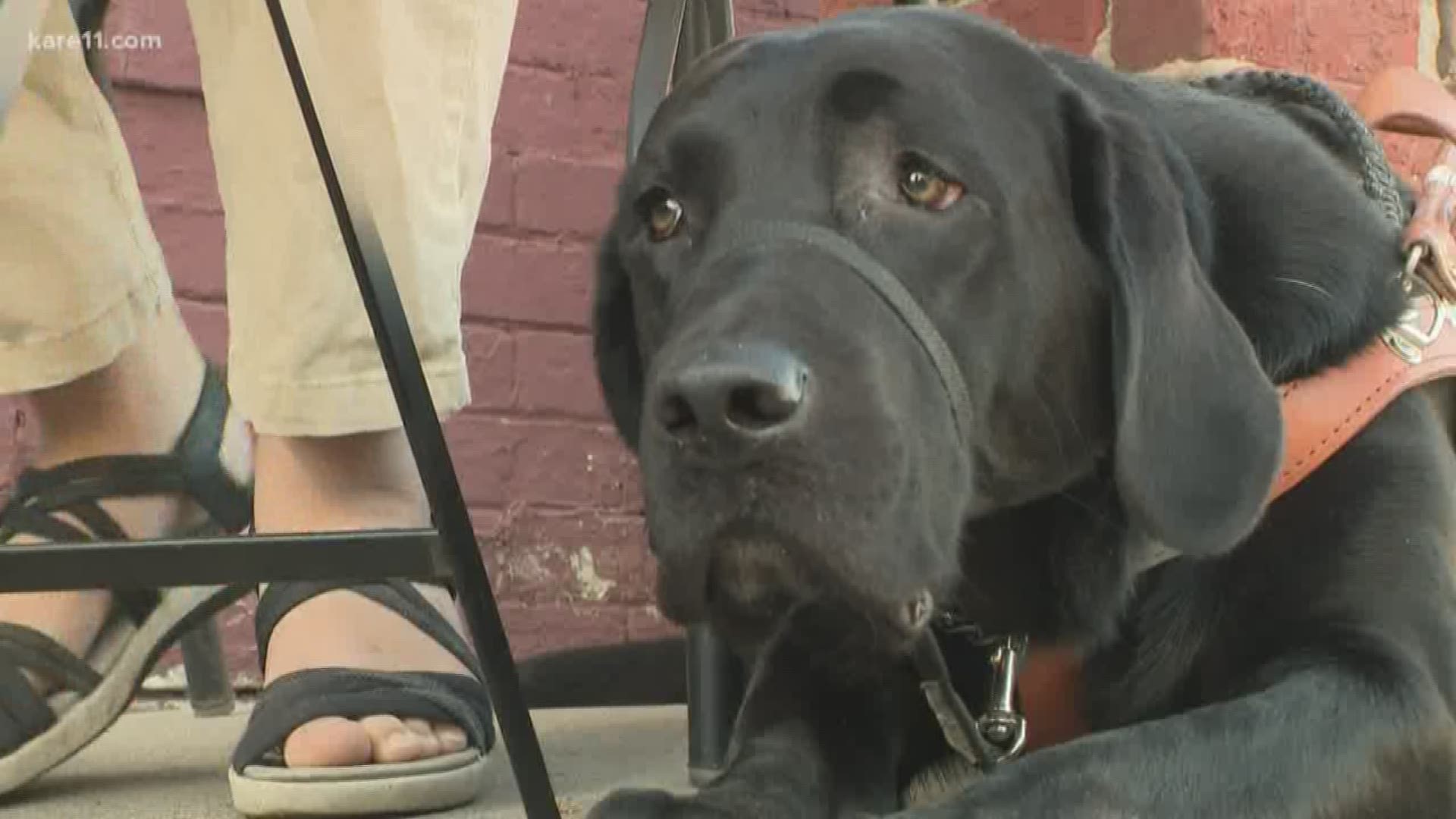 MINNEAPOLIS — Amena Thomas says she doesn't feel right without her Seeing Eye dog, Titus, by her side.

"He changed my life," Thomas said. "He's made it so I'm able to function like everybody else."

But there's one exception. When Amena tries to use Uber or Lyft, Titus is sometimes a problem.

"I'll send a message saying, 'I am blind and use a service dog,'" she says. "That's when problems start."

Instead of replying to her message, Amena says Uber and Lyft drivers will sometimes just cancel her ride before picking her up. If she doesn't send a warning, she says they'll still sometimes decline her at the curb.

"They'll either say, 'I don't take dogs,' or they'll drive off and not tell us anything and cancel," she said. "It happens anywhere from one to four times a month."

Both Uber and Lyft have strict policies against refusing service animals. In 2016, Uber agreed to pay $225,000 to the National Federation of the Blind after a lawsuit claiming discrimination against riders with service animals. As part of the settlement, Uber also promising better education and stiffer penalties.

When Uber last updated its Service Animal Policy in 2017, it stated that any driver who "knowingly refused to transport a rider with a service animal because of the service animal... will be permanently prevented from using the Driver App."

READ MORE: VERIFY: Does Uber charge you more if your battery is low?

In response to Amena's complaints, Uber sent the following statement to KARE11:

"We are upset by this rider's poor experience and are looking into the matter. Drivers who use the Uber app agree to accommodate riders with service animals and comply with their independent obligations under accessibility laws."

Amena says she has received similar responses every time she's made a complaint, but nothing seems to change.

"I get apologies, but no action," she said. "99.99 percent of the time they get a slap on the wrist and, supposedly, re-educated."

"I don't think these simple re-education things help," Amena said. "I've had a driver where I've called them, they've come up, cancelled on me, and then a few months later I got the same driver, same car, same license plate and they canceled on me yet again."

READ MORE: Do you live in a "dead zone" for Uber and Lyft?

The National Federation of the Blind of Minnesota tells KARE11 that Uber appears to be making an honest effort to get drivers to comply, but the organization is also working to hold them accountable.

As part of the settlement, anyone with a service animal can become a tester, and monitor drivers.