Kmart will close last remaining store in St. Paul, becoming the latest big box retailer to announce it's pulling out of the capital city in the past few days 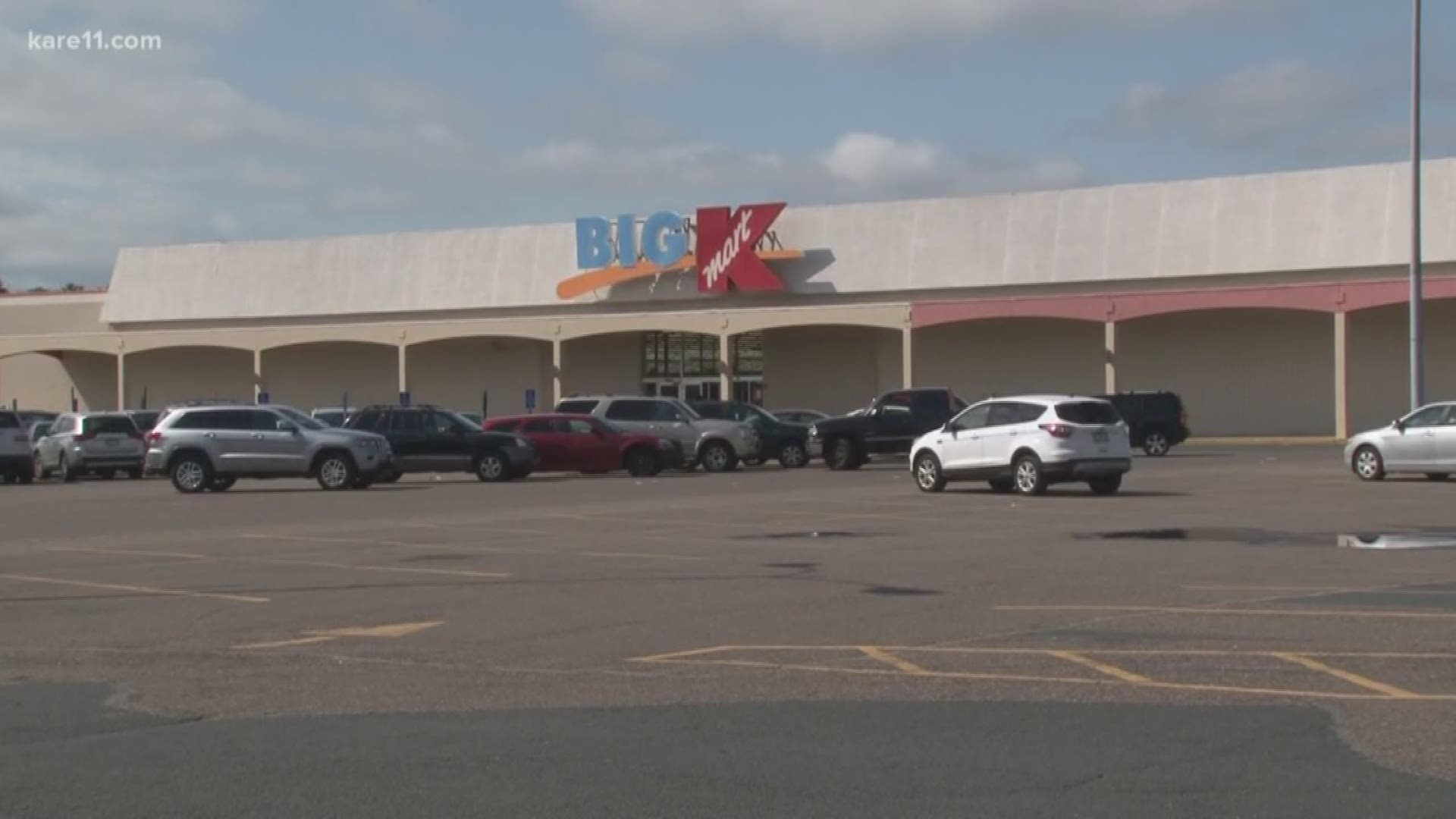 Sears Holdings announced it will close its Kmart stores in International Falls and St. Paul, with liquidation sales beginning in mid-September and running through mid-December. That will leave the Lake Street store in Minneapolis as the last remaining Kmart in Minnesota when the new year begins.

"I don't like to shop online -- I like to see it, feel the material and try it on, and we're losing that when we lose these brick-and-mortar stores," a Kmart shopper named Cindy told KARE as she exited the store on Maryland Ave. Monday.

She said she's been coming to this location to find the clothing brand she likes ever since her local Kmart in White Bear Lake closed years ago.

"I come here and stock up, get a supply. But my supply is going to dry up now!"

A fellow shopper named Codie, who lives just a few blocks from the St. Paul store, said she doesn't like shopping online because packages can be stolen, and she also worries about her credit card information being hacked.

"I think they should keep it open and build more of them instead of closing them," Codie remarked.

Just days earlier Walmart announced it was closing its last St. Paul store, the one in the Midway area along University Avenue by mid-November. With both Walmart and Kmart exiting the capital city, it will leave Target as the only big box discount chain still operating inside St. Paul city limits.

"I have to decide between shopping at Target or driving farther to find a Walmart that I like," Irena, a St. Paul Walmart shopper, told KARE.

"I don't know what other family store can replaced this one, because this is a good family store for everybody around here."

Ward One City Council candidate Anika Bowie, a Rondo Neighborhood native, said losing the Walmart is a serious blow because the area is losing 330 jobs and a major shopping destination for people in the neighborhood.

"This is an opportunity for people to think about how we are utilizing our resources, to where are we putting our dollars and where we want to have businesses in our area and how we want to patronize those businesses," Bowie explained.

She asked her Facebook followers what they'd like to see replace the Midway Walmart in the Hamline-Midway areas. Most of them told her they want a family-friendly experience for their children, something that's available to those who live in the area.

RELATED: Target to offer same-day delivery for $9.99 per order

Dai Thao, the incumbent Ward One city council member, said there are good prospects for new developments and employers that aren't afraid to pay the $15 per hour minimum wage that will be phased in between 2020 and 2022.

Last March, Kraus-Anderson Companies bought the land where the Walmart sits, as well as the Cub Foods store that is also part of the Midwest Marketplace Shopping Center.

The land in the Midway area has become much more attractive to developers since the Major League Soccer stadium Allianz Field opened nearby.

The location along the Green Line light rail transit line also makes it attractive for redevelopment.