U of M professor testifies during hearing on anti-Asian violence 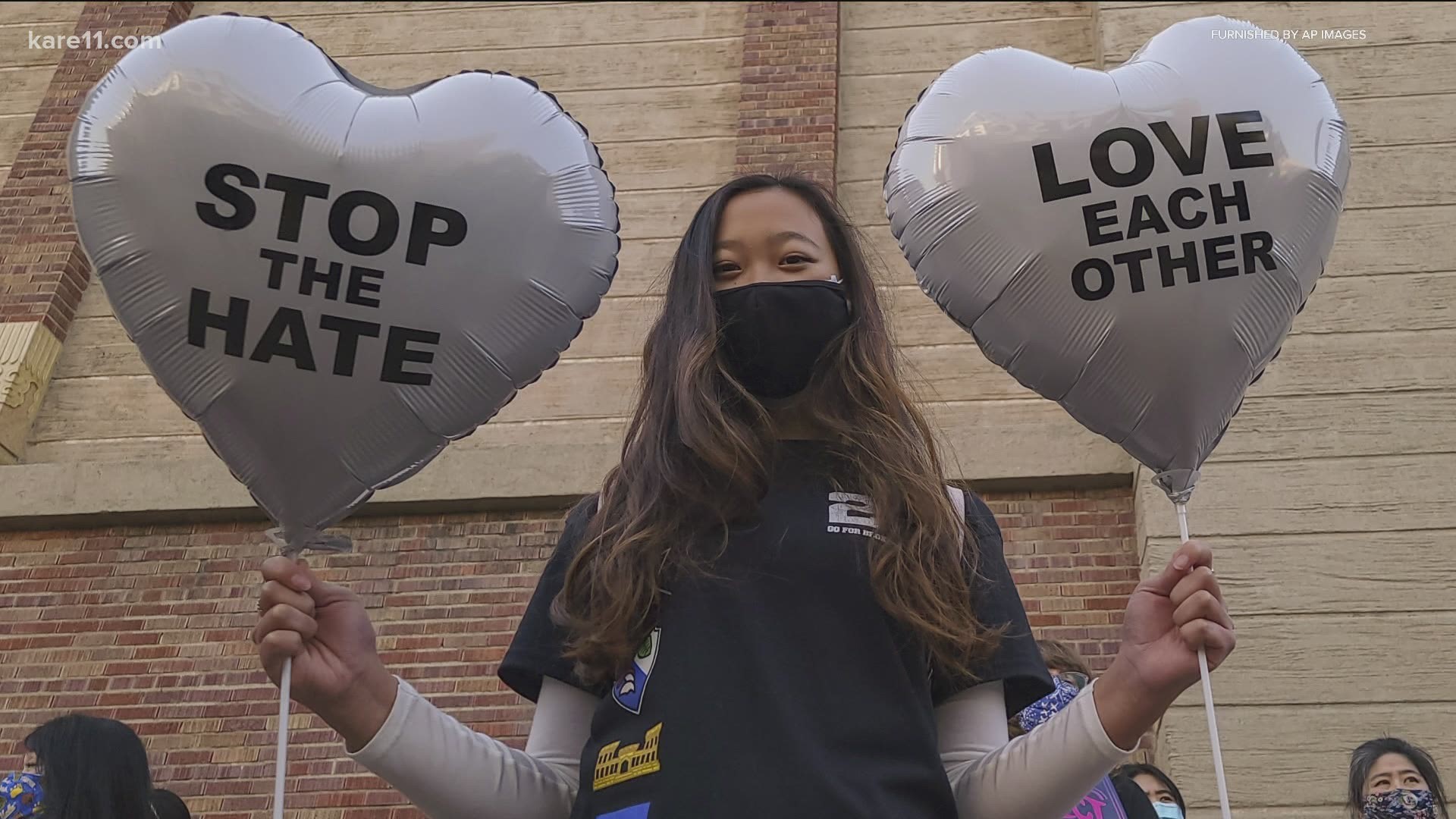 WASHINGTON, D.C., USA — For the first time in more than 30 years, Congress held a hearing on discrimination and violence against Asian Americans.

Thursday's hearing was scheduled prior to the Atlanta-area mass shooting that left eight people dead, including six women of Asian descent. But it comes during the pandemic, when hate incidents against Asian American and Pacific Islanders have been prevalent in communities across the United States.

The House Judiciary Subcommittee on the Constitution, Civil Rights, and Civil Liberties held the hearing on Thursday morning which included testimony from a University of Minnesota professor.

"My students are traumatized. Our communities are traumatized. What this brings up is lifetimes, family histories of trauma," said Erika Lee, a UMN regents professor of History and Asian American studies and director of the Immigration History Research Center.

Lee touched on a lengthy history of targeted attacks against AAPIs.

"We've heard in the past 24 hours many describe anti-Asian discrimination and racial violence as un-American. Unfortunately, it is very American," Lee said.

Lee went on to give a long list of examples in American history, including the Chinese massacre of 1871.

"17 Chinese were lynched by a mob of 500 in Los Angeles. This was the largest mass lynching in U.S. history," Lee explained.

Lee also talked about the Japanese-American internment camps that were established during World War II by President Franklin Delano Roosevelt.

Rep. Doris Matsui, D-Calif., was born in an internment camp in Arizona.

"Last year when I heard the highest levels of government... use racist slurs like 'China virus' to spread xenophobia and cast blame on innocent communities, it was all too familiar," Rep. Matsui said.

Lee added, "Researchers have found that the anti-Asian rhetoric promoted by leaders directly correlated with a rise in racist incidents against Asian Americans."

Actor and Producer Daniel Dae Kim urged the passages of the No Hate Act and the COVID-19 Hate Crimes Act to improve hate crime reporting and provide resources for those who are victims of hate crimes.

"When we are erased from our history books, we are made invisible. The result, to quote Congresswoman Meng, is that we are perpetually made to feel like foreigners in our own country. Include our stories because they matter," Kim said.

In opening statements, Rep. Chip Roy, R-Texas, criticized the nature of the hearing saying it was venturing into the "policing of rhetoric" in a free society and then complained about the Chinese government. Rep. Roy also said, "We believe in justice. There are old sayings in Texas about 'find all the rope in Texas and get a tall oak tree.' We take justice very seriously. And we ought to do that. Round up the bad guys. That's what we believe."

These comments angered many lawmakers, including Rep. Grace Meng (D-NY) who specifically called out Rep. Roy during her remarks and said, "Your president and your party and your colleagues can talk about issues with any other country that you want but you don't have to do it by putting a bullseye on the back of Asian Americans across this country. On our grandparents. On our kids. This hearing was to address the hurt and pain of our community and to find solutions and we will not let you take your voice away from us."

Asian Minnesotan Alliance for Justice is hosting a public community event next week to hear from leaders and community members about what has been happening in Minnesota and nationwide. Speakers include U.S. Rep. Ilhan Omar, MDHR Commissioner Rebecca Lucero, Coalition of Asian American Leaders Executive & Network Director Bo Thao-Urabe and others. "Unheard Stories: Asian Americans Experiencing Hate" will be held March 24 from 5:00 p.m. to 6:30 p.m. You can sign up, here.