U of M researchers work on heart valve for kids

There's potentially groundbreaking research going on at the University of Minnesota that could mean fewer surgeries for young patients with heart issues. 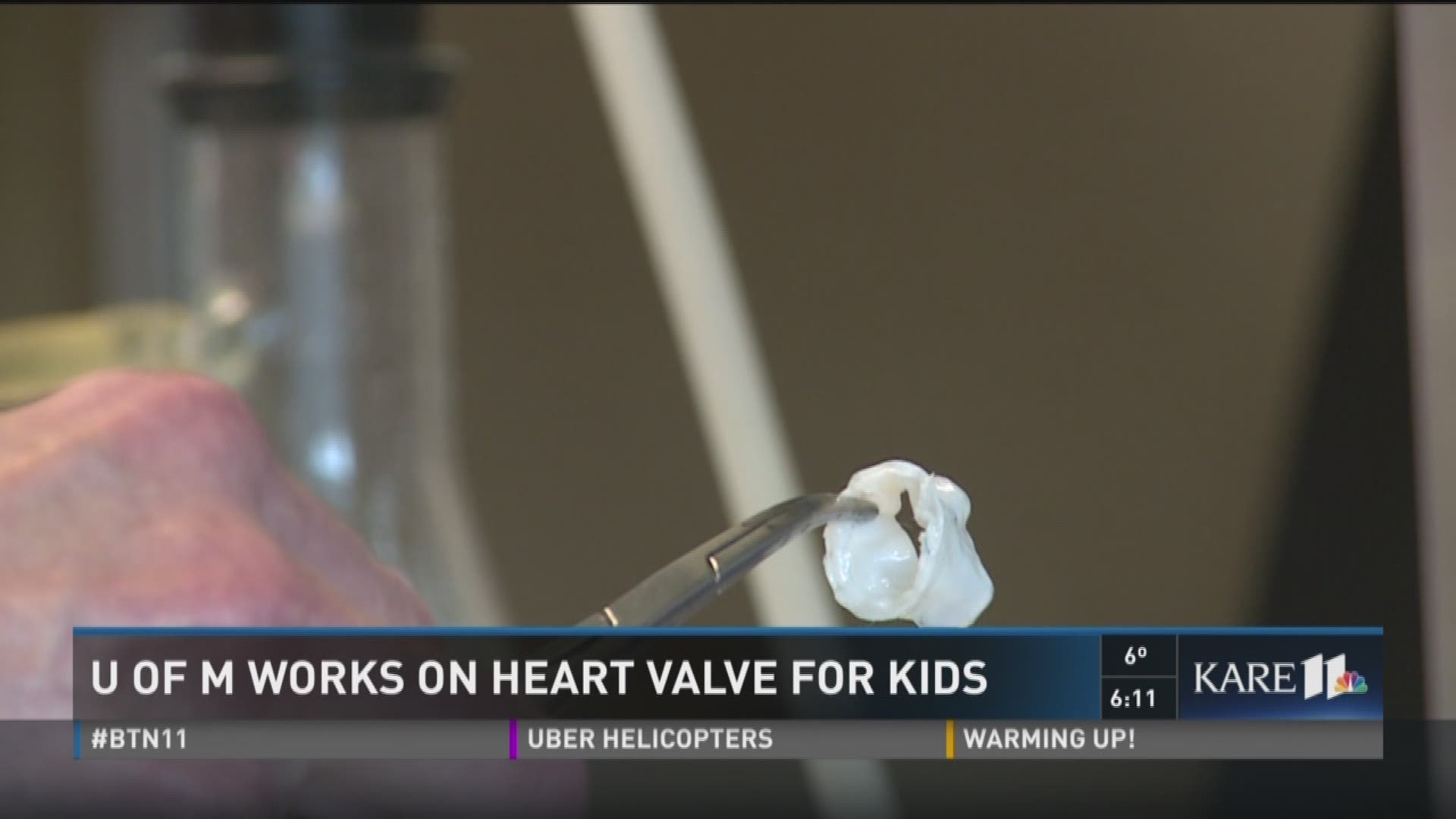 MINNEAPOLIS -- There's potentially groundbreaking research going on at the University of Minnesota that could mean fewer surgeries for young patients with heart issues.

Researchers at the there are working on an alternative to current treatment for children who live with a heart defect.

His father, Mark Jenson, said he hopes no child has to hurt like his son.

“There is nothing worse than seeing your son or daughter have to go through surgeries like that,” Jenson said. “Our son has had four surgeries on his valve.”

But research taking place at the University of Minnesota could impact the way doctors treat children living with a heart defect. Professor Bob Tranquillo is leading the tissue engineering research. He and his team are growing tissue that could one day replace a defective heart valve in a young child.

“Our goal is to create an option that requires only one surgery,” Tranquillo said. “Our material can be a living tissue that can heal itself, repair itself and for pediatric patients, grow with the patients.”

Tranquillo said if the new valve is approved by the Food and Drug Administration, it could reduce the number of open heart surgeries children have. In two weeks, Tranquillo said he will approach the FDA about a clinical trial.

Tranquillo said there aren’t any heart valves on the market that can grow with the patient. So far, the device has been tested in animals.

For now, the Jenson family says hope and healing lives in the research.

“It is earth-shattering, what they can do, and helping people with heart valve issues,” Jenson said. “And to lessen the number (of surgeries) that they have would be a wonderful thing for people around the world.”