Most unused medications end up in landfills after people throw them away or flush them down the toilet. 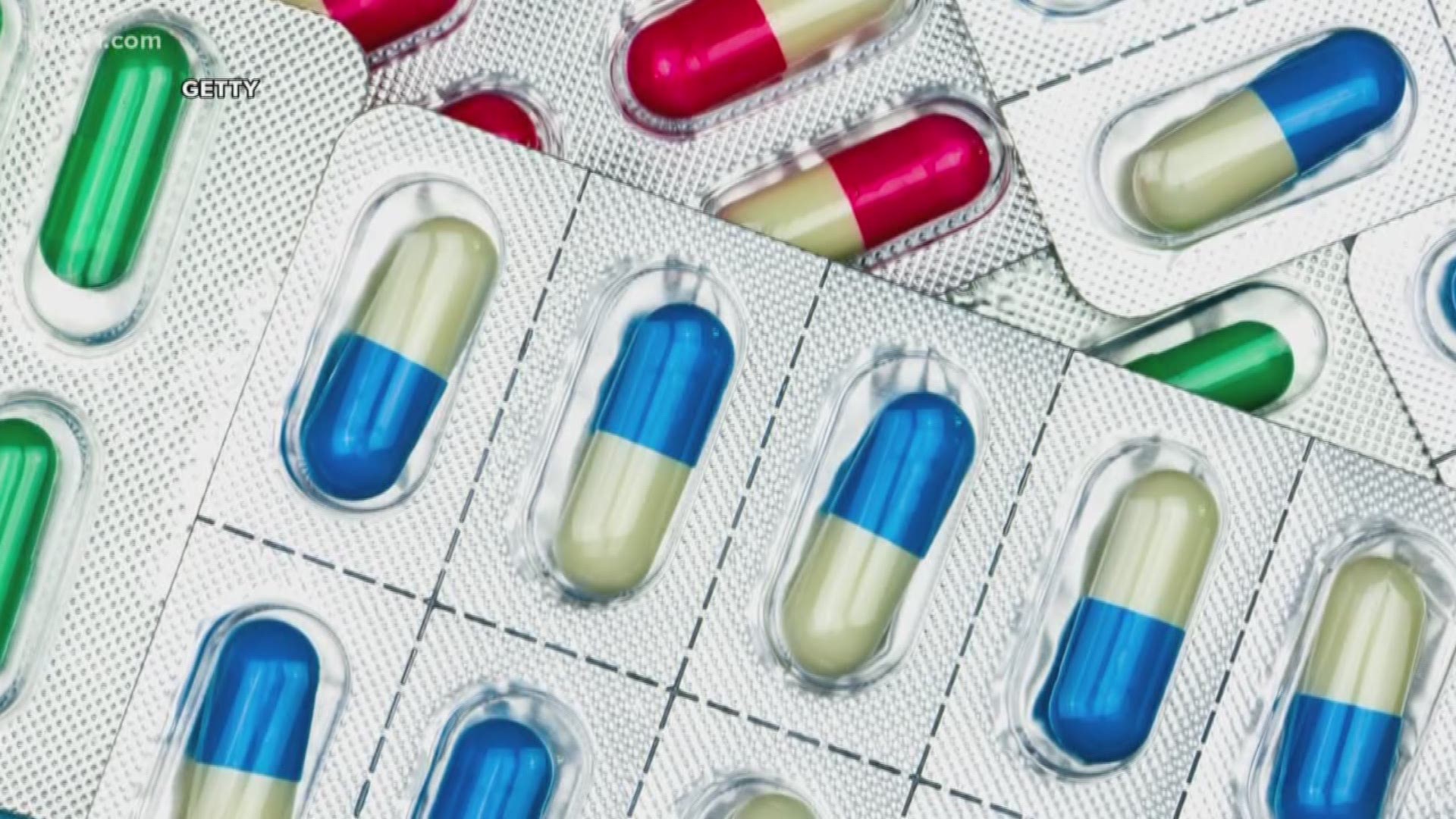 MINNEAPOLIS — Students who go to the University of Minnesota expect to learn a thing or two, but when Eva Carlson and Rowan Mahon enrolled in the university’s School of Pharmacy, they didn’t expect to receive a lesson in politics.

“Not at all what I expected,” Carlson says.

The lesson came suddenly, when Mahon came up with an idea.

That idea? To give Minnesota’s long-term care facilities the right to save unused medications.

“Across the United States we’re throwing away about $2 billion worth of safe medications every year,” Rowan says.

Most of those medications end up in landfills after people throw them away or flush them down the toilet.

“They can find their way into the water supply. There’s definitely an environmental aspect to this,” Carlson says.

Most of those pills are still sealed in bubble packs, safe, and ready to use.

“I really hate waste, to like an insane degree,” Rowan says. “I wanted to do something to change it.”

Rowan thought, why not find a way to collect those pills and give them to people who can’t afford them?

“It just seems silly to have these two problems of so much wasted medication and so many people not being able to afford them, and I just thought why not put them together?” Rowan says.

She soon discovered that it was illegal in Minnesota, due to current state laws, so, she decided to change them.

Together with a few friends Rowan started researching.

“21 other states already have this,” Rowan explains. “We visited a few of them to see how they do it.”

After a trip to Iowa the students came up with the idea of creating a state-managed pharmacy that could bring in medications, test them, and then distribute them to people in need.

“And from there a pharmacist would do safety checks, make sure they’re not tampered with, not expired,” Carlson says.

The students presented the idea to the Minnesota Board of Pharmacy.

The board was already aware of the issue and supported the student’s push to remedy it.

The Minnesota Board of Pharmacy believes setting up a state-managed pharmacy in Minnesota could prevent up to 20 tons of pills from ending up in the landfill every year.

State representative Todd Lippert is one of the authors of the bill and says a state-managed pharmacy could cost taxpayers about $250,000 a year.

He says the pharmacy would bring a 7-to-1 return on that investment.

Rowan says the return could be much higher than that.

“The state of Colorado did a study on its pharmacy and found over $10 million in pills are being wasted every year. They only have 220 long-term care facilities when we have 365,” Rowan says.

The Minnesota house and senate voted on the medication repository bill this session, and Gov. Tim Walz signed it on May 31, 2019.

Rep. Lippert says the bill had drawn support from both sides of the aisle and has the support of the Minnesota Board of Pharmacy.

The plan is to have the new pharmacy up and running by January of 2020.