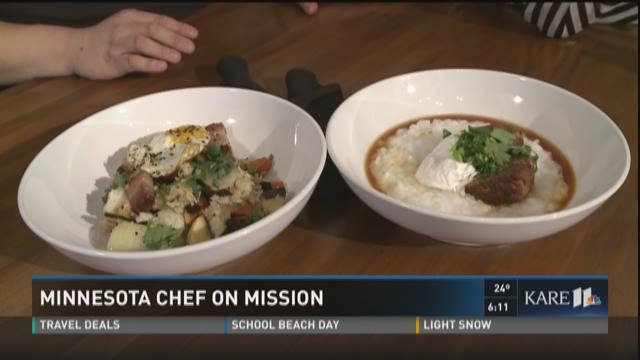 “I'm just taking little things I've learned from all the places I've cooked and saying this is my voice,” Vang said.

On Friday, he will bring his version of Hmong food to the masses as the creator of Union Kitchen, which will make an appearance as a pop-up restaurant at Cook in the Payne-Phalen neighborhood.

His menu is as complex as his journey to the kitchen. He studied communications in college but always kept coming back to food. After stints at high end restaurants like Borough Minneapolis and Spoon and Stable. He's now using those skills to bring Hmong food mainstream. But that was easier said than done.

“A friend of mine helped me really bring it together and he said ‘Hmong food isn't a kind of food.’ It's a philosophy of food,” Vang said.

“If you look at the history of the Hmong people wherever they went they took a little bit from that land or that people group and incorporated into that,” Vang said.

His hope is the dishes he creates will tell the story of his family, the food he grew up eating and the passion he has for the kitchen.