"It's good to just get something off your chest to somebody who you know can hear you," Bishop said. "And you know who is actually listening." 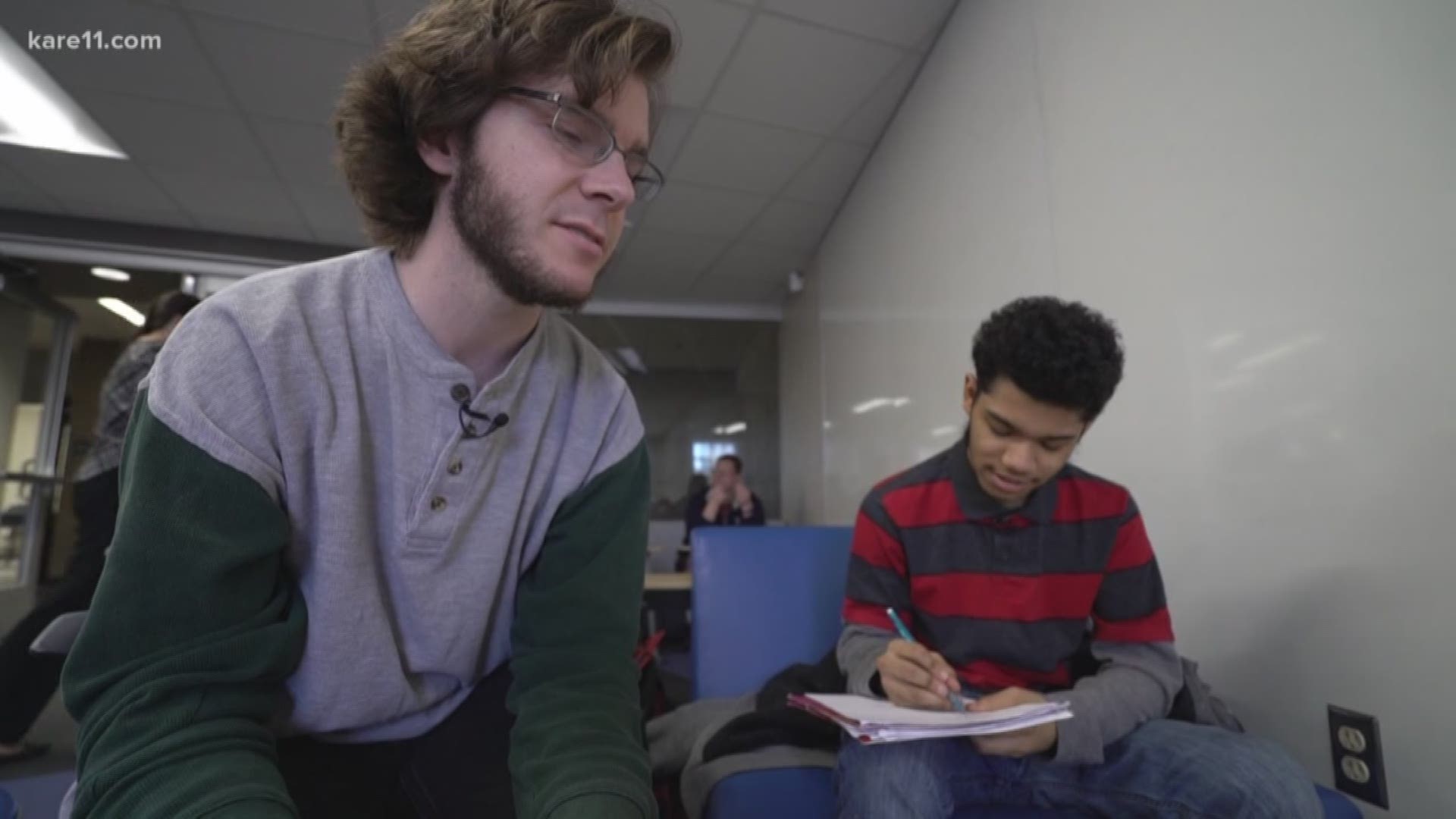 BLOOMINGTON, Minn. — Earlier this year, Bloomington Kennedy High School became the test site for a new mentoring program that is changing the way teens with autism see themselves.

Every Tuesday after school, the Autism Mentorship Program pairs the teens with adults who also live, and work, with autism.

"I'm kind of like a friend, but somebody who is older who has been there before," said Derek Boeshans, who lives and works in St. Paul, but travels to Bloomington to mentor 14-year-old Yari Bishop.

"It's good to just get something off your chest to somebody who you know can hear you," Bishop said. "And you know who is actually listening."

Each of the seven students enrolled in AMP have their own mentor, and the pairs often begin their sessions by playing board games or creating art, which often leads to conversation.

"We're kind of drawing a comic," Boeshans said, showing off several pages of illustrations. "That's sort of a way for us to talk about things in a way that lets us speak through characters."

That unique bond and understanding is what gave a Minnesota mother the idea for the AMP program.

"I have two twin sons who are autistic and one of them came home very upset after second grade recess, where he had really had trouble connecting with the other kids," said Emily Goldberg, founder of AMP. "He said, 'Mom, nobody understands me. Not even you. ... Because your brain works different than mine."

That's when Goldberg went searching for a program that would pair her son with an adult mentor with autism, but she couldn't find any.

"Everyone was like, 'That's a great idea!' I was like, OK, it's not out there, I have to make it happen," Goldberg said.

Two years ago, she recruited autistic adults to help design the concept and program structure. In January they started the Bloomington pilot program with the help of the Autism Society of Minnesota and the University of Minnesota.

"It's something that I wish I had, when I was younger, growing up in high school," Boeshans said.

"The magic that we've seen happen in here is more about, just friendships and connection and support," Goldberg said.

Support they hope continues to spread.

"It's that feeling of togetherness, with someone who cares about them, who knows how they process the world, that has been this amazing gift."

Emily is hoping to expand the AMP program and she has the support of the autism society of Minnesota. The University of Minnesota is also researching it as a potential model... but they run on grant money that runs out this summer... so they are looking to hear from anyone who is interested in helping.