Upcoming Netflix film 'Fatherhood' captures Minnesota family's love, loss and everything in between

The movie premieres June 18 on Netflix. 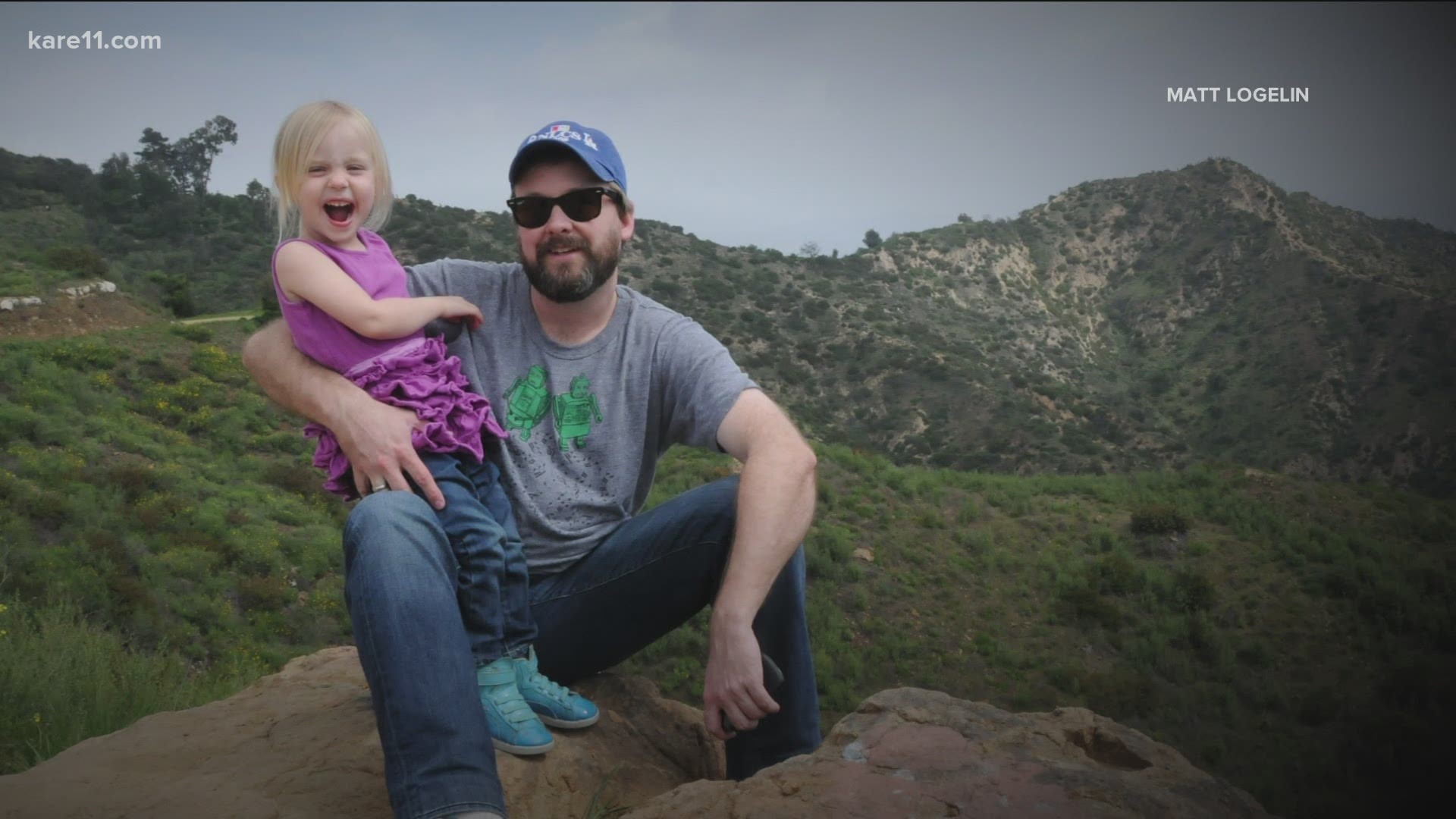 Fatherhood is a movie, but it isn’t all made up.

It is the story of a father, his daughter, and their journey together that started on the day she was born, which was the day before her mother died.

The father is Matt Logelin.

He is from the Twin Cities and for 13 years he shared his life, married and was expecting a baby girl with Liz Logelin.

Liz was also from the Twin Cities.

The movie the world will see on June 18th when it premiers on Netflix was years in the making.

"It's weird because this was all happening, but this was never my goal," said Matt Logelin rom his home in Los Angeles. "It was never my dream to get a movie made."

The same goes for Maddy, this movie documents her entire life up to now.

She and Matt watched it together.

"They will feel sorry for me because my mom died, but like they will say it's cool you have a movie about you,” said Maddy Logelin, talking about how her friends in school might react to this film.

RELATED: What's coming to Netflix and leaving in June 2021

The story is a universal story about love and death, and what comes next.

Matt lived it and wrote about it first in a blog, then a book "Two Kisses for Maddy" and now that book is a film.

"They finally came to me a couple of years back and said we are making a movie and that was in probably June of 2019 and they said we are going to start filming…they also said, 'By the way, you are going to be played by a guy named Kevin Hart.'" Matt said.

The casting was perfect, Matt thought, because it showed this story is universal. Love, death and everything in between happens to every single one of us.

The "this"  that came to Maddy, Matt and Liz came in March of 2008 when birth and death, took up just more than one calendar day.

Liz had Maddy one day, and the next, 27 hours after the birth, she died of a pulmonary embolism.

It happened when she got out of her hospital bed to walk over to intensive care, where Maddy was, so she could hold her for the first time.

For Maddy's entire life, her mom hasn't been present, but she is omnipresent in pictures and stories, and in family.

Liz's parents and her sister are constants in Matt and Maddy's lives.

And as Maddy's life constantly grows, Matt has one constant struggle.

"It’s hard for me to know that Liz is never going to see Maddy grow up and never get to be a part of her, just amazing childhood and her eventual amazing adulthood,” Matt said.

A theme in Matt's blog, in the book and in the movie was a fear Matt had when Maddy was first placed in his arms. A fear he carried, as he carried her into, fatherhood.

Would he be enough?

It's a question Maddy was easily able to answer 13 years after the story of Matt and Maddy began.

“He’s done well, I believe. He read to me a lot. His favorite book and mine too is ‘Fish is Fish’. He's awesome,” Maddy said.

And his job is still ongoing. After all, Maddy is still just a kid.

But she isn’t the only one in their house.

Maddy has a sibling now.

Matt remarried and had a baby girl two years ago. His wife's name – Lizzie.