The state now projects a $641 million surplus for 2020-21, and a smaller projected shortfall for the next biennium. 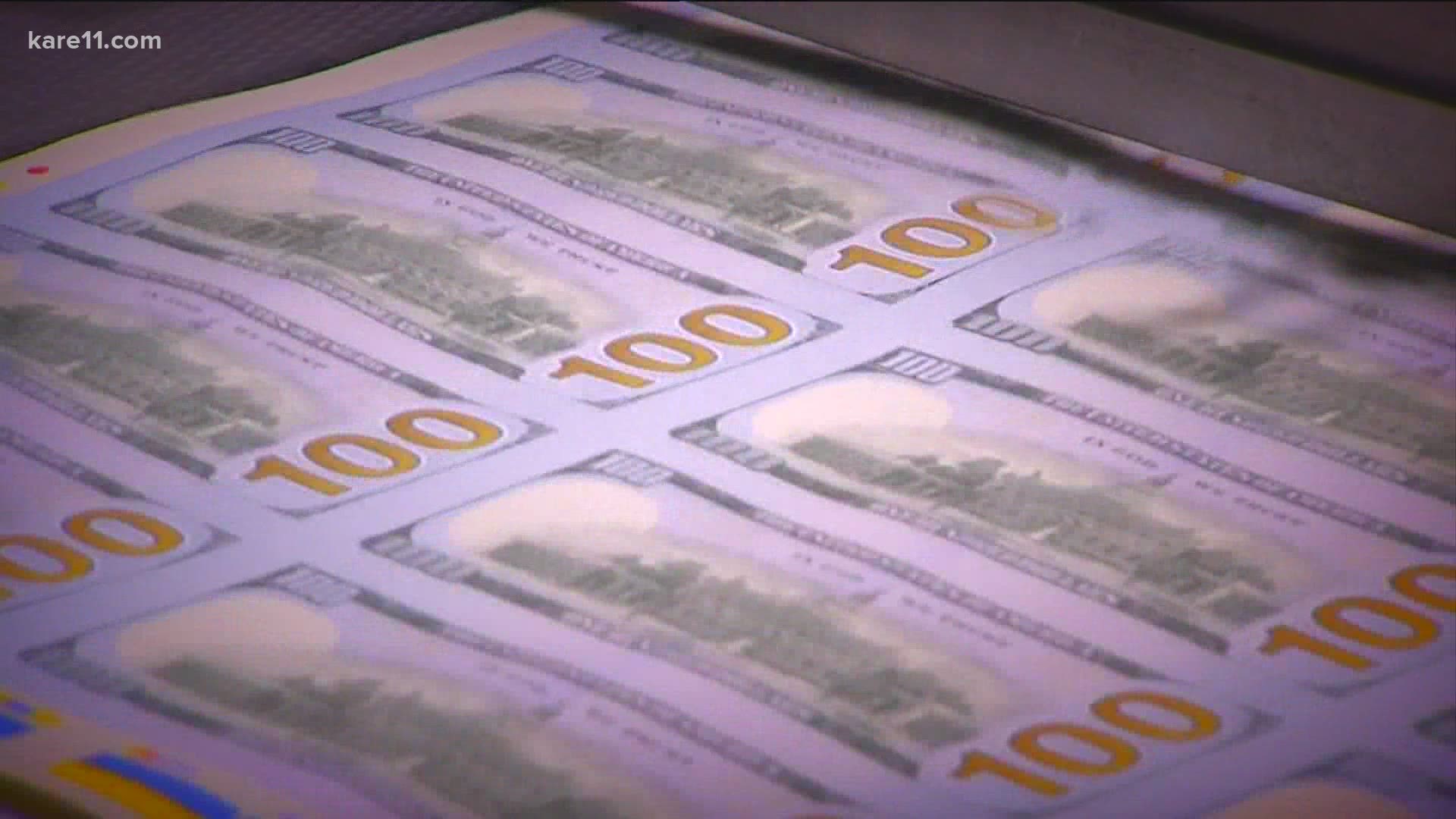 MMB now says lower spending and higher general fund revenues will give the state a $641 million projected surplus for the 2020-21 biennium.

The state budget forecast has also improved into the 2022-23 fiscal year, though it still shows a $1.273 billion projected shortfall.

Both figures are dramatic improvements over MMB's previous forecast released early in the COVID-19 pandemic back in May, which projected a $2.4 billion deficit in the 2020-21 budget cycle, and a $4.7 billion shortfall for 2022-23.

“This improved economic outlook means we can, and we must, act immediately on COVID-19 relief," said Gov. Tim Walz in a released statement. "We must do everything we can to keep small businesses afloat and support the working families who are bearing the brunt of this crisis.”

The Governor is now asking the legislature to come together in the coming weeks to approve a relief package that would provide aid in several ways:

- A 13 week extension of unemployment benefits that are set to expire for roughly 100,000 workers at the end of the month.

- A $500 one-time payment for families struggling the most.

"I'm very optimistic," Walz said. "Obviously, the package won't look exactly like what I proposed. That's called compromise in a democratic system. My biggest concern though, is that this is targeted and timely. There's a lot of these small businesses, especially in hospitality and others, that we could really get to right away. It's my vision that we work a system out where they have this grant in their hand in the next few weeks to make a difference this month in their bills, their rent and their payroll."

Democrats and republicans in the House have already said that they are committed to a bipartisan solution that could provide small business grants and the unemployment extension before the end of the year.

The republican controlled senate is a bit more of a question mark, but Senator Eric Pratt told KARE11 that the caucus was meeting to discuss plans on Tuesday afternoon.

Senator Pratt: "I think one of the things that we've been able to agree to on a bipartisan basis is that speed is of the essence," Senator Pratt said. "You know, we're not trying to cure these business of their losses, we're just trying to keep them alive at this point, to be able to limp through these next couple of weeks. Hopefully the governor lifts the shutdown and allows these businesses to try to make a go of it."

Kent Erdahl: "Should Minnesotans expect to see the legislature act here in the next couple of weeks?"

Senator Pratt: "I certainly hope so. It's something that is on my list to try to get done and I hope all the parties can come together and find some agreement. Like the Governor said, this is going to be a compromise, and I couldn't agree with him more."

"Right now there's a surplus, but we don't need to raise taxes. We don't need to do that. We do need to tighten our belts, because as we move forward, we move into deficit if we don't take care of spending now."

FROM MAY 2020: Minnesota now forecasts $2.4 billion deficit due to coronavirus pandemic

Despite the projected surplus announced Tuesday, the ongoing coronavirus pandemic continues to present economic challenges for the state. MMB said Minnesota has 184,000 fewer jobs now than in February, before the pandemic began. The agency also noted that the economic downturn sparked by the pandemic has affected all Minnesotans, but said unemployment had a disproportionate impact on lower wage workers.

The state's full budget and economic forecast can be viewed on the MMB website.