It can cost thousands to clean up graffiti, and in one case, the city's deadline to get rid of it was one week. 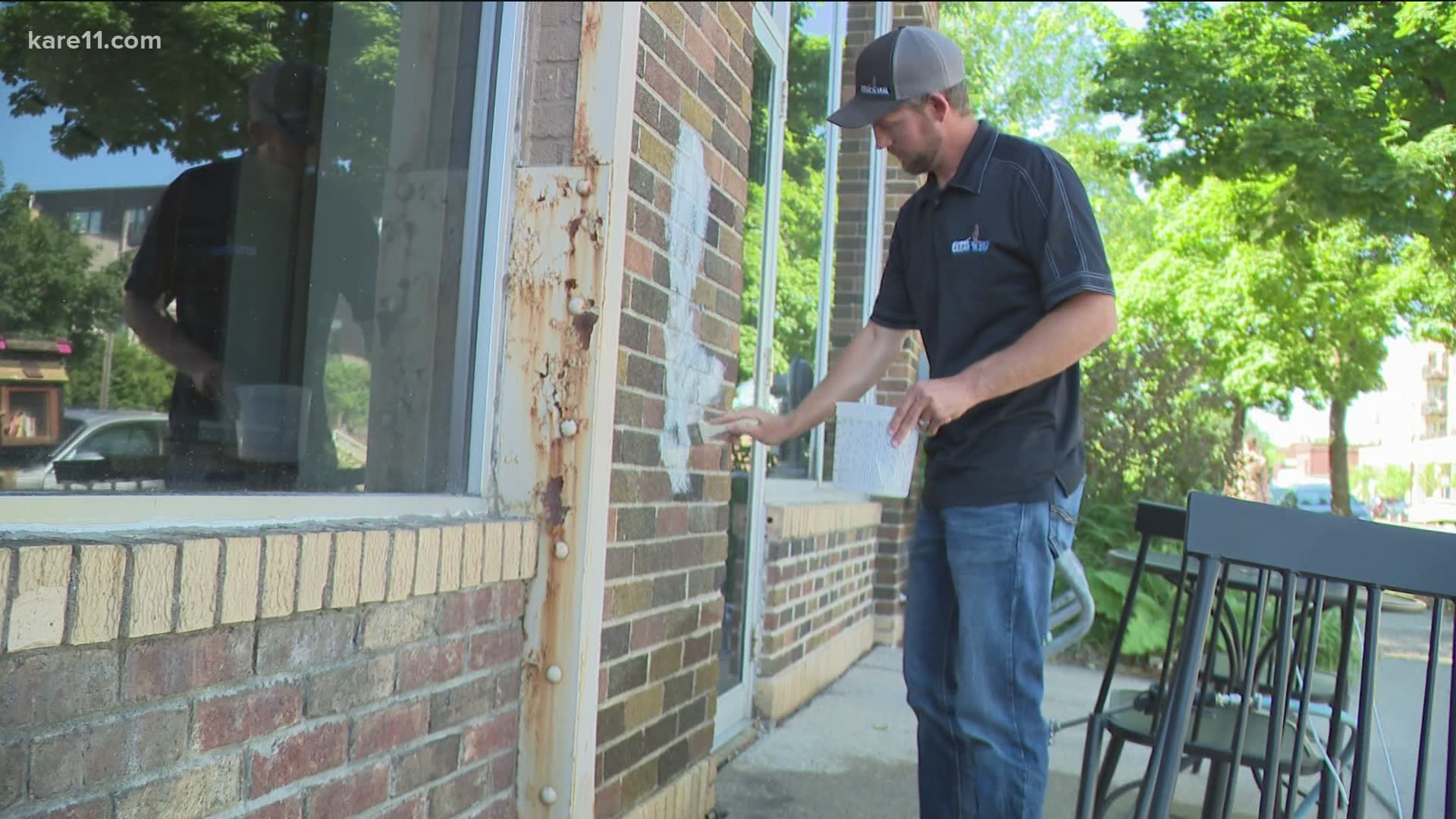 Business owners have to pay to clean it up, only to sometimes find it's been tagged again the next night.

The LynHall's Anne Spaeth says the graffiti is so constant she calls it "unmanageable".

"I would imagine it's in the thousands of dollars that we've now had to spend," said Spaeth, who opened the restaurant on Lyndale Avenue in 2017.

"These areas have been the worst, but we've seen it in the suburbs, the outskirts of town, as far as St. Bonifacius, Minnesota," said Essig, the owner of Clean 'N Seal. "It’s an expensive service especially when it’s emergency."

Spaeth says what's more frustrating is a graffiti enforcement letter she got from the Minneapolis Public Works Department in March that gave her eight days to clean up the graffiti or it said city crews would do it and bill her.

The city temporarily suspended that practice last week, but only for the specific area of 29th Street East to 31st Street East, between Hennepin Avenue and Fremont Avenue South.

RELATED: Uptown business owners and residents holding onto hope for better days after weeks of unrest

It doesn't include Spaeth's building, so she confronted the agency's director.

"I said, well what are you doing to help us as business owners," said Spaeth. "I don't see much of a police presence any more, this is clearly happening overnight. You know, who's coming to help us."

Spaeth and several other business owners are now planning their next steps in a brainstorming meeting this week, that could include hiring their own security teams to keep watch outside their buildings.

"At some point you realize if the Calvary isn't coming, you have to form your own," said Spaeth.

We also found out from the city that business owners can contact the graffiti hotline if they can't meet the clean-up deadline. You can reach that at 612-673-2090 and learn more here.