Using your phone while driving: How do you break the habit?

Psychiatrists say, for some people, it's a habit that's harder to break than you might think. 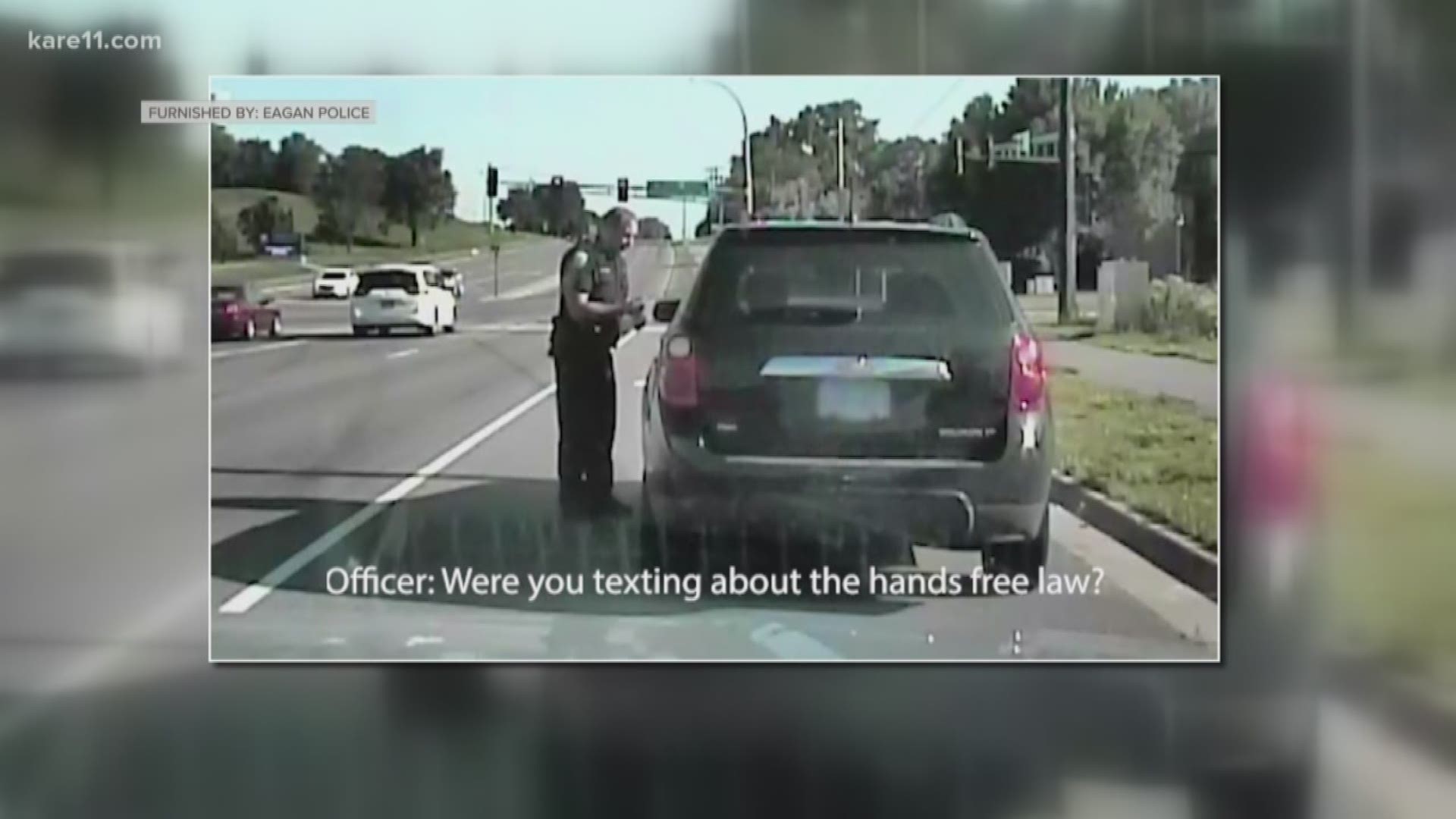 MINNEAPOLIS — The Minnesota State Patrol says they've issued about 500 citations and warnings since the hands-free law went into effect on August 1.

They say most of the drivers caught breaking the law knew about it, but used their phones anyway.

Dr. Kaz Nelson, Vice Chair of the University of Minnesota's Department of Psychiatry and Behavioral Sciences says, for some people, using their phone while driving can be a habit that's hard to break.

"If it's so rewarding and so repetitive, it's going to be a habit," she said, "It's much harder [to break] than one would think."

Dr. Nelson says there are two types of behavior: goal-oriented, which takes concentrated thought, and automatic, which we do without actively thinking.

"The brain needs to do that in order to save energy," she said, "You could imagine, if you just went day-to-day having to think about every footstep you took."

Years of using your phone behind the wheel can put that behavior in the automatic category.

To change it takes a conscious effort to form a new habit. In this case, *not using your phone while driving.

How long it takes to form a new habit, Dr. Nelson says, depends on the person and how committed they are to change.

However, she says, there are some things you can do to help the process along. For instance, a phone mount in your car, in addition to helping you go hands-free, can also send a signal to your brain.

"Making a change in one's environment can be a cue to the brain that something is different here and I need to change to a new habit," she said.

But clearly, not everyone has changed those habits yet. So, what do you do if you see someone breaking the law?

The State Patrol says, as long as you are in hands-free mode, you can call to report a driver violating the hands-free law while you too are driving.

They advise drivers to remember the violator's license plate, so it can be reported to police.

They say it is okay to safely follow that person as you're on the phone with dispatch to give them the description of where the vehicle is headed.

Finally, they say the most important thing is to make sure you're safe as you're reporting the person violating the law, even if that means getting off the road and putting your car in park before calling 911.

You can learn more about the new hands-free law here.