MPCA asks Water Gremlin to shut down part of its operation, until regulators can take a deeper look at toxic soil vapors beneath the plant

The Minnesota Pollution Control Agency asked the company, which makes fishing sinkers and battery terminals, to voluntarily shut down the coating process by 3 p.m. Thursday.

The company decided against that, and instead asked for an on-site meeting with MPCA Commissioner Laura Bishop.

Water Gremlin historically used Trichloroethylene, or TCE, as a solvent in its coating process. In March, the company agreed to switch to the less toxic solvent DCE, or 1,2-Dichloroethane, which goes by the brand name FluoSolv.

Regulators assumed the soil vapors below the building would contain TCE, after decades of use. They were surprised when the company's own tests showed those soil vapors also contain DCE.

"That is a concern because the facility has only been using DCE since March 1st, so there’s obviously a pathway by which the DCE is getting underneath the slab and into the soil," Sarah Kilgriff, MPCA compliance manager, explained.

Shutting down the coating process, which uses DCE, would allow the MPCA to take a closer look at what's happening there.

"We have significant concerns regarding the ongoing release of DCE into the soil underneath the building," McDonnell remarked.

"And we want to determine the extent and magnitude of that contamination and determine how to move forward."

Carl DuBois, a Water Gremlin vice president, said the company is installing a mitigation system that will work the way home radon systems work, to move the vapors out of the ground, through filters, to keep them from building up inside interior spaces of the plant.

"We want our community to know the DCE vapors found beneath our manufacturing building do not pose a threat to our workers, our neighbors, or the environment," DuBois said, in a statement issued to the media.

"We have notified our employees, and our indoor vapor testing shows rates are well below the OSHA standards."

Water Gremlin has been on MPCA's radar for quite some time, paid a hefty fine for past pollutants, and entered a stipulation agreement with the state to enhance monitoring of toxins and investigation of soil, air and water on the site.

The company has thus far complied with agreed upon limits on volatile organic compounds, but its pollution detection equipment isn't as efficient as expected. 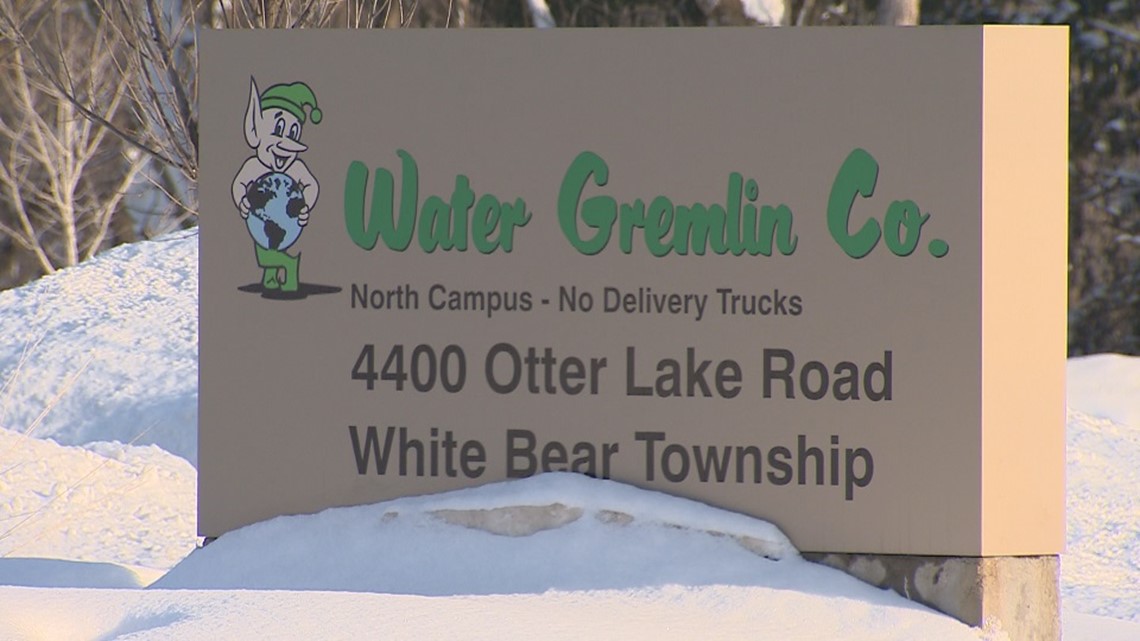 White Bear Township manufacturer investigated for chemical exposure
WHITE BEAR TOWNSHIP, Minn. - A few weeks ago, Jim Pirie opened his mail and found a letter from Water Gremlin, the manufacturing company that operates within sight of his backyard. The letter warned of potential chemical exposure to neighbors, accompanied by a color-coded map that showed his house in relation to Water Gremlin's facility.

While some residents say they worry about exposure to chemicals from the plant, the Minnesota Dept. of Health hasn't found any proof that area residents have been put at risk.

"At this point we don't have any evidence that vapors are migrating through the subsurface towards, or reaching, neighboring structures or homes," Jim Kelly of MDH explained.

"I commend the MPCA for taking actions to try to stop these releases now before they get to the point where they could potentially be reaching properties and impacting people's lives."