Fresh attacks on congressional candidate range from false to misleading 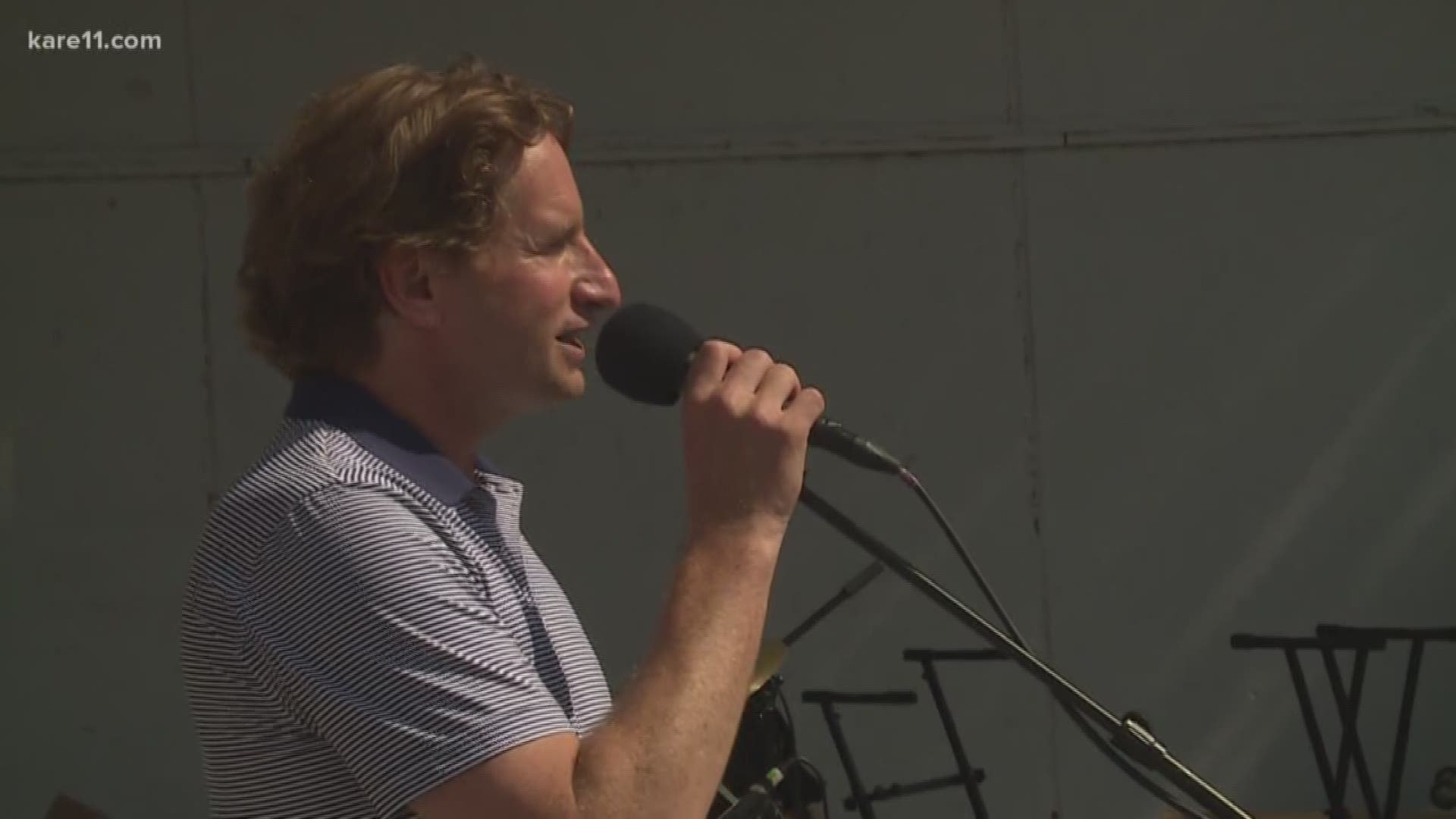 We put several fresh claims to the VERIFY truth test and found the average viewer would come away with several false impressions of Phillips from watching these ads.

"And another company ran by Phillips tried to cut nurses health and pension benefits," declares the narrator in a 30-second spot from the Congressional Leadership Fund, a super PAC aligned with Republican House Speaker Paul Ryan.

You'll find the same basic claim in this line from an ad run by the Paulsen Campaign:

Those claims are simply false.

It's a reference to Phillips' time on the board of Allina Health, a not-for-profit system with hospitals and clinics in Minnesota and western Wisconsin. He served in a volunteer capacity from 2005 to 2011and chaired the board from 2009 to 2011.

But health benefits weren't on the chopping block that year. The main issue raised at the time by the Minnesota Nurses Association was staffing levels in hospital wards.

"At no time during 2010 Minnesota Nurses Association negotiations did Allina Health propose cutting health care," read a statement from Allina to KARE.

Health care benefits for nurses was the key issue in a much longer strike in 2016, five years after Phillips left the board.

"At no time in 2010 did Minnesota Nurses sit down at the negotiating table with Dean Phillips to discuss any part of their contract," read a statement from the MNA to KARE.

"Minnesota nurses reject any implications that Rep. Erik Paulsen would act to preserve their healthcare when he has voted multiple times to repeal the Affordable Care Act."

Allina also said the board serves in an advisory capacity, guiding the company on long-term strategy, including large construction and expansion project. So, to say that Phillips "ran" Allina would also be inaccurate and misleading.

"As a not-for-profit community entity, all members of the Allina Health Board of Directors are committed to providing the services our community needs to improve health and provide the best available care," the statement from Allina affirmed.

Another attack ad against Phillips, by the Republican National Congressional Committee, creates the false impression that Phillips is shielding his money from taxes.

"Dean Phillips even has the family millions stashed away in off-shore accounts," the narrator states, as viewers see a graphic slate filled with tropical palm trees.

The fine print cites IRS statements from the Jay and Rose Phillips Foundation, which is a charity founded in 1944 by the candidate's great-grandparents.

The foundation has given, in today's dollars, $400 million to community causes since in the past seven decades. Among the more high-profile projects by the charity: Mount Sinai Hospital in Minneapolis, the Phillips Eye Institute, the Phillips-Wangensteen Building at the University of Minnesota.

As a tax-exempt nonprofit, the Jay and Rose Phillips Foundation wouldn't have any reason to "stash" money in off-shore tax havens. The foundation has invested in funds that invest in business in the United States and in other countries.

So that claim is misleading to the average viewer unacquainted with Phillips or his family's foundation.

Our report found that Star Tribune columnist Jon Tevlin accurately quoted Phillips in a 2017 profile piece, as saying he didn't offer health insurance to the part-time employees at his Penny's Coffee shops.

Phillips told KARE that when the business started he had only part-time employees, who weren't asking for health coverage. When Penny's hired its first full-time employee, Phillips said he and his business partners gave that person an extra $7,000 to buy coverage.

He said the company offers all full-time employees coverage. So, while the claims were true at one point in time, they're misleading without the added context.

The latest Paulsen Campaign attack ads even use a Twin Cities TV reporter's truth test story out of context, to create the false impression that reporter agrees with the attack. The reporter, Pat Kessler of WCCO, was merely summarizing the Paulsen argument. But in the ad it comes across as Kessler's own contention.

Another attack ad claim KARE already examined is that, "Phillips failed to pay his business taxes on time."

That stems from three late property tax payments on an ice cream plant in Georgia in 2012 and 2013, when Phillips still owned and operated Talenti Gelato. The company paid a total of $89 in interest fees.

But at the time Talenti had sales in excess of $70 million. As a percentage of all taxes the company paid at the time, $89 was a miniscule sum.

Dean Phillips was a young boy when he was adopted into the Phillips family, which made its money in the distilling business. His biological father was killed in Vietnam when Phillips was six months old.