While we're bundling up to brave the temps, what about man's best friend? Do our four-legged friends need to be booted up for the frosty weather? 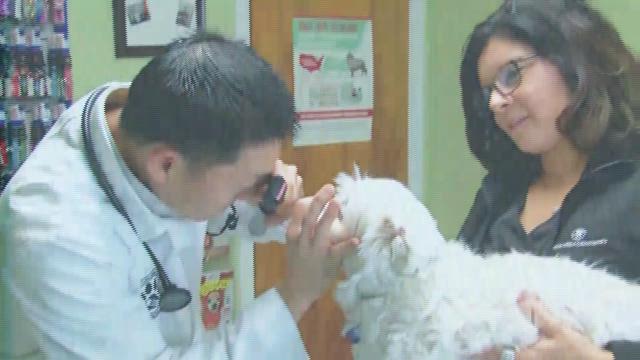 MINNEAPOLIS - For dogs, the bite of winter may just be worse than its bark.

“After snowfalls and drops in temperatures, we can see specific dogs coming for limping issue or often times confined injuries to their paws or irritation to their paws," says Dr. Amy O’Brien of the University of Minnesota Veterinary Center.

With more canines checking into the vet during the cold months, what’s causing the puppy pain?

“We tend to see injuries to the pads most commonly for the dogs, especially if they’re out running and playing, just because there are so many hard ice chunks out there or other things that are hiding beneath the snow they might run and catch their paw on.”

So, here’s the question. Do dogs need booties during the winter?

"They can be a great resource for dogs, especially because they sometimes just want to keep going and have fun and that can be a great way to protect their paws from having any injuries or irritation from things they might step on," O'Brien says.

But, a major paw problem, lots of hounds give the accessories the cold shoulder.

"If they were necessary we would probably be able to get every dog to wear them but I would say that, although they have a benefit, they’re not 100 percent necessary for dogs,” she says.

If you’re looking for another fix for the furry feet, “there are a lot of over-the-counter products that can help soften their pads or protect their pads either from getting injuries or different irritations between the pads," O'Brien says. "Most of them are balms that you can kind of wipe on their paws.”

Dr. O’Brien also says it's dog-dependent. Different breeds, like those of the arctic variety, may thrive in winter weather; while smaller dogs need a little more protection against the freeze. But don’t forget, it’s not just the paws that need a thaw.

"The good general rule is if the weather meteorologists are saying it's going to take 15 minutes for us to get frostbite, that’s a pretty good rule for our pets too, just because they have other elements of their bodies like their nose and their ears that can be more susceptible to frostbite as well.”

The dog doc recommends on extremely cold days to limit exposure for your pet.