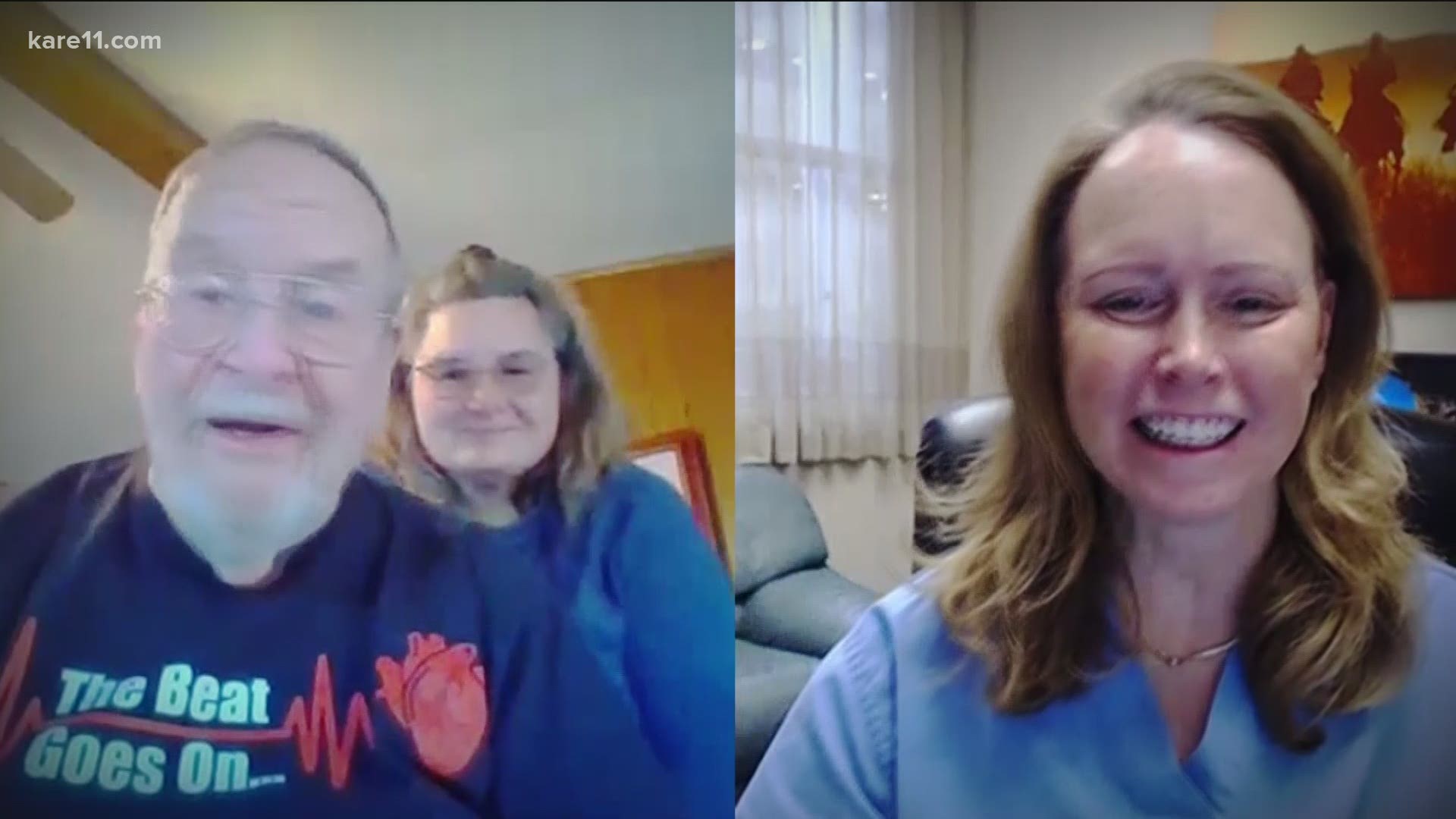 PINE CITY, Minn. — This holiday season, a Vietnam veteran from Pine City, Minnesota had just one wish—to meet his health care “angels” who saved his life.

Last winter, Dan Arntsen, 77, suddenly fell in his backyard while feeding the birds. He suffered an aortic dissection, a tear in the aorta.

“I had no idea I was just about to die. They gave me a 1% chance to live,” Arntsen recalled.

It was Arntsen’s last clear memory for the next few months. Once at the hospital, he underwent a 10-hour surgery where M Health cardiothoracic surgeon, Dr. Rosemary Kelly, performed an emergency heart bypass, an aortic valve replacement, and an ascending aortic dissection repair.

Arntsen served in Vietnam almost 50 years ago as a naval reservist on board an aircraft carrier. So, he was transferred to the VA Hospital, where he spent the next four months recovering. He needed constant nursing care as he suffered partial foot amputations, losing six toes from the lasting damage to his body.

Arntsen was cleared to go home just in time for his most important duty yet. He returned home to his wife, Sandra, who was in her final stages of a battle with cancer.

“My wife hung on until I got back home in the end of June. We had six weeks together and then she passed away. She was my pride and joy and she was my rock. Right now, I feel like a pebble trying to put everything together,” Arntsen said.

Part of his healing was to find his angels on Earth. He set out on a mission to track down and thank all the healthcare heroes who saved him.

In August, Arntsen reunited with the local paramedics who transported him to the University the Minnesota Medical Center. He still had one more person to meet: Dr. Rosemary Kelly. Due to the pandemic and the long distance, Arntsen wrote her a thank you letter. Then, the two recently reconnected on a video call.

“I'm just honored to meet you finally. The main person who made me live a longer life. I've been trying to get you a long time. I am a walking miracle starting with you at the top,” he told her.

“It's always been my awareness that's a gift and really people just trust me to open their chest and fix their heart. It's a real privilege that people allow me to do the work I do. So, thank you and thank you for your service as a veteran, and I feel that very deeply,” Dr. Kelly replied, during their emotional visit.

Arntsen said he couldn’t bring himself to decorate the Christmas tree in his home this year, with too many memories of losing his wife. But as it turns out, gratitude is a powerful remedy for nursing a broken heart. Arntsen is overjoyed his holiday wish came true.

“You got a lot of work to do. You got to use up that good heart of yours,” Dr. Kelly reminded Arntsen.

“I've always believed in angels, but I didn't think they were taking care of me,” said Arntsen. “I do now.”