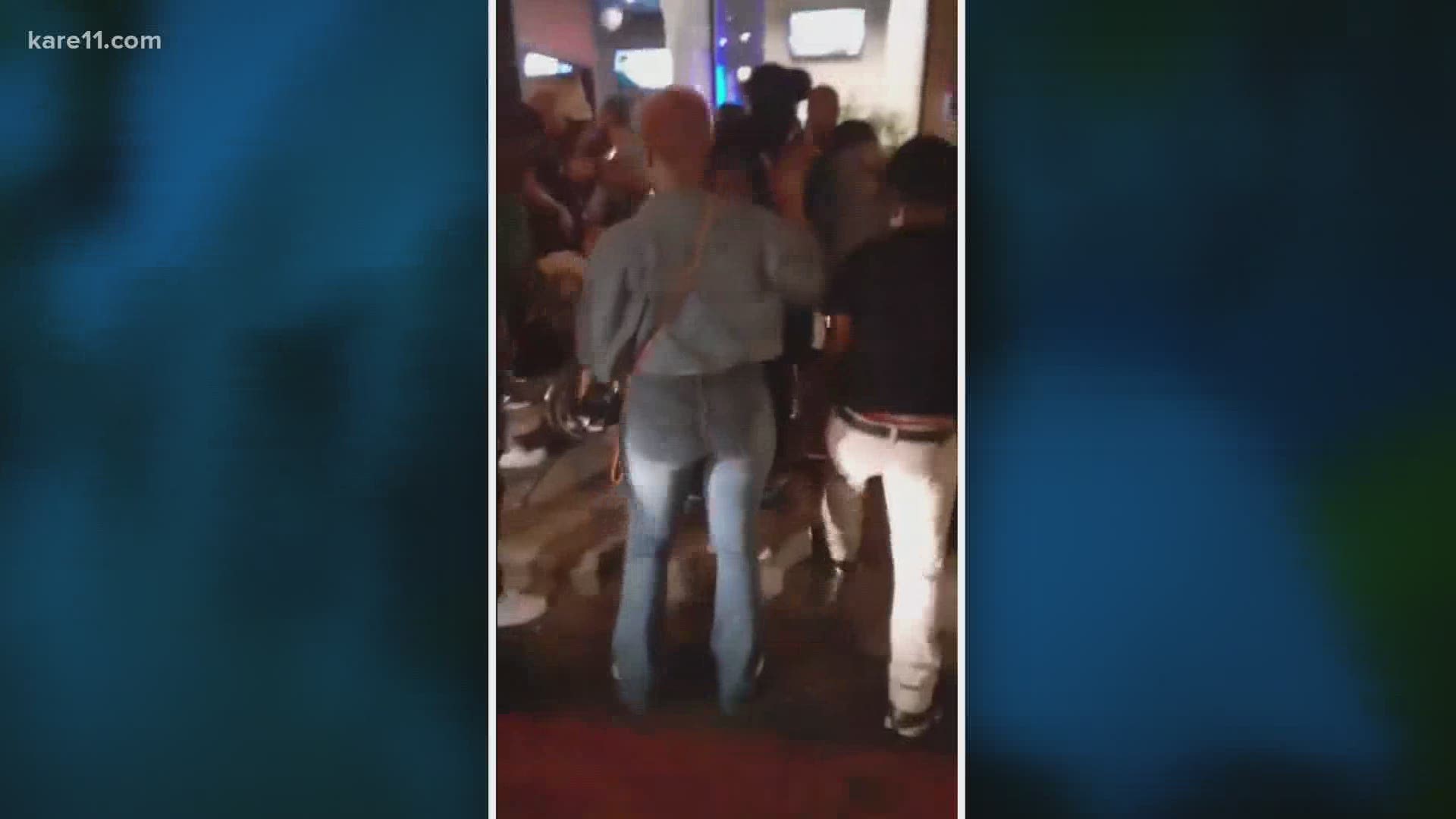 MINNEAPOLIS — The video is as harrowing as it is disturbing. Young people out for evening in the popular Uptown entertainment district are seen lying on a sidewalk, surrounded by crying, screaming bystanders.

“They need an ambulance right now, an ambulance man,” KG Wilson yells as he records the chaos shortly after 12:30 a.m. on Sunday.

He begins to pray. “Don’t let them die, God,” he pleads on the video.

One man, identified by his sister as Cody Pollard, did die in the hail of gunfire. Eleven others were injured.

As the shooting started, customers stood in line in front Hoban Korean BBQ. Only recently had Hoban and other Uptown establishments reopened. With capacity limited inside, customers lingered outside on the sidewalks and streets near the intersection of Hennepin & Lagoon.

Fred Hwang, a Hoban manager, was outside managing the line. He says bullets hit the windows inches from where he was standing.

The ruckus in Uptown started Friday night with fast cars and burnouts.

Big crowds turned out again on Saturday night – then the shots.

“It appeared to be like a gunfight, or a shootout between two or three people,” Hwang said.

He called the spike in Minneapolis violent crime a public health crisis.

“The violence has to stop,” the police chief said. “For those of you who are out there harming our communities, you have to be held accountable, we can’t have this.”

Arradondo said Mayor Jacob Frey is considering all options, including a curfew, to curtain the violence.

Wilson said he awoke this morning wish the images he shot were all a dream. He said he cried thinking about it.

“I wouldn’t want nobody to ever experience or see or feel what I felt last night,” he said. “I just hope I live to see that day when things get better.”

Editor's note: The original version of this story stated that one man was killed in this shooting, in addition to 11 people being injured. Minneapolis police have since discovered that man was shot in a separate incident downtown, and misidentified as an Uptown shooting victim due to the "chaotic scene" at Hennepin County Medical Center.