Non-profits were concerned donations would go down. Turns out, in some cases, they're seeing better results with virtual events. 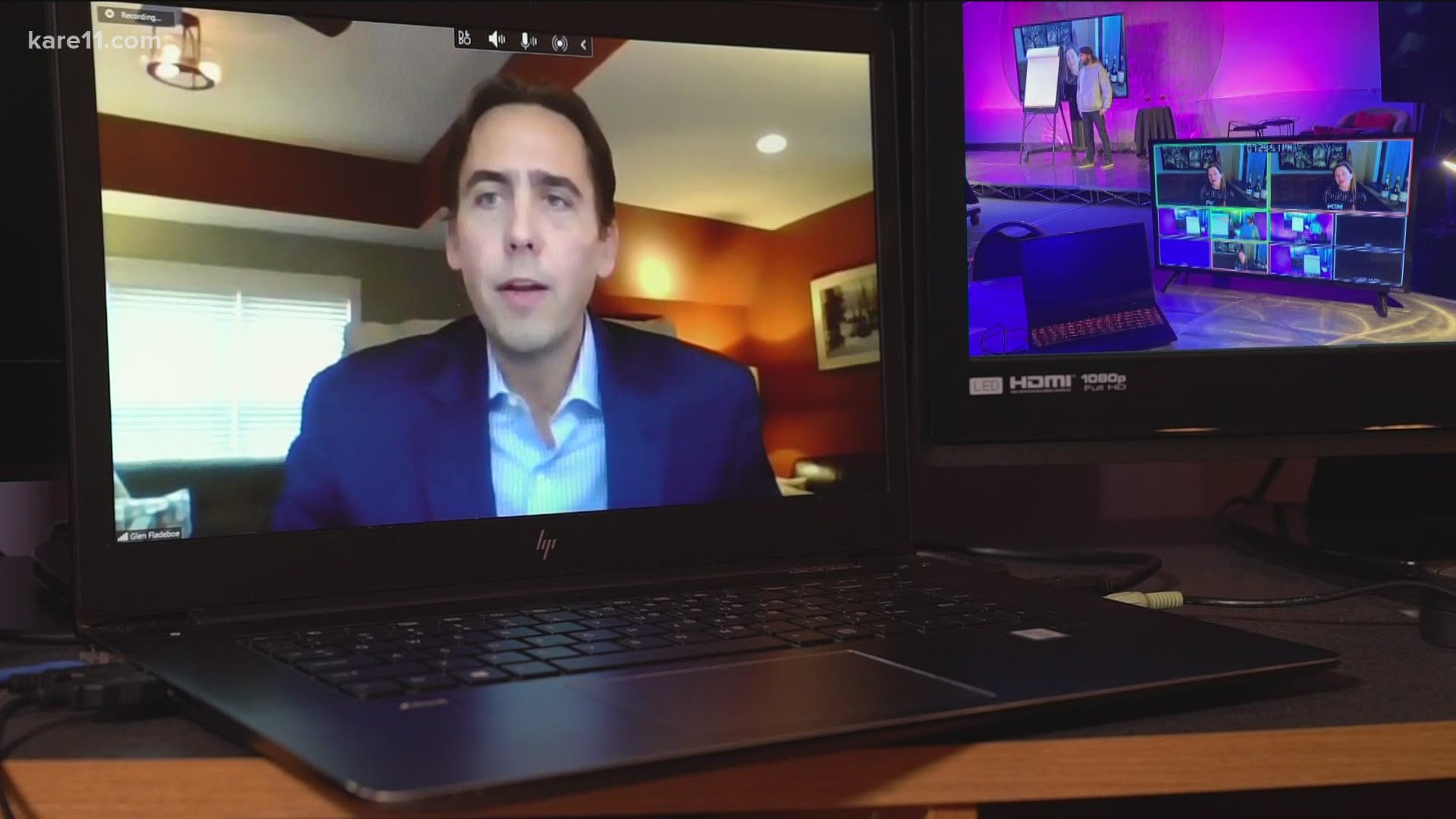 MINNEAPOLIS — When the pandemic started shutting things down, charities got nervous. For many non-profits, their gala is the biggest fundraiser of the year. Seven months later, we’re in a new world, and it’s one that happens to be working.

The last time we checked in with Glen, charities were trying to salvage their Spring fundraisers. Since then, it’s all gone virtual. Glen and his team have done more than 100 virtual events since March and have a couple dozen more on the books in 2020.

No longer do you put on your fancy pants and head on down to the Hilton on a Saturday Night. Glen and his team set up shop in a studio somewhere in the Twin Cities and stream it to you live, or not-so-live.

You take part whenever it works for you. And guess what?

“The main takeaways are number one, they're working, number two, they're raising a lot of money,” he says.

With apologies to those in the event world, without having to rent space, pay for food, and all the other things that go along with an in-person event, overhead costs are way down. Which means revenues are actually up.

“What has happened in the last six months has changed the dynamics, and the strategies about fundraising forever, and the business will never go back to entirely what it was,” says Fladeboe.

Glen believes people will come back together in the future, but events will likely be more of a hybrid, to engage everyone. And probably not surprising, but it turns out Minnesota has done more virtual events than any place else in the country.

“I think Minnesotans are just people that they have a history of giving, they'll roll up their sleeves, they'll do something, they recognize that the worst thing they can do is nothing,” says Fladeboe.

“People want to do good things, they want to make a difference, they want to feel like they are part of positive solutions, and I also believe that is ultimately the big reason why non-profits are doing well,” he adds.