The DPS commissioner says there are no immediate, credible threats to the Minnesota Capitol, but law enforcement is still preparing robust security this weekend. 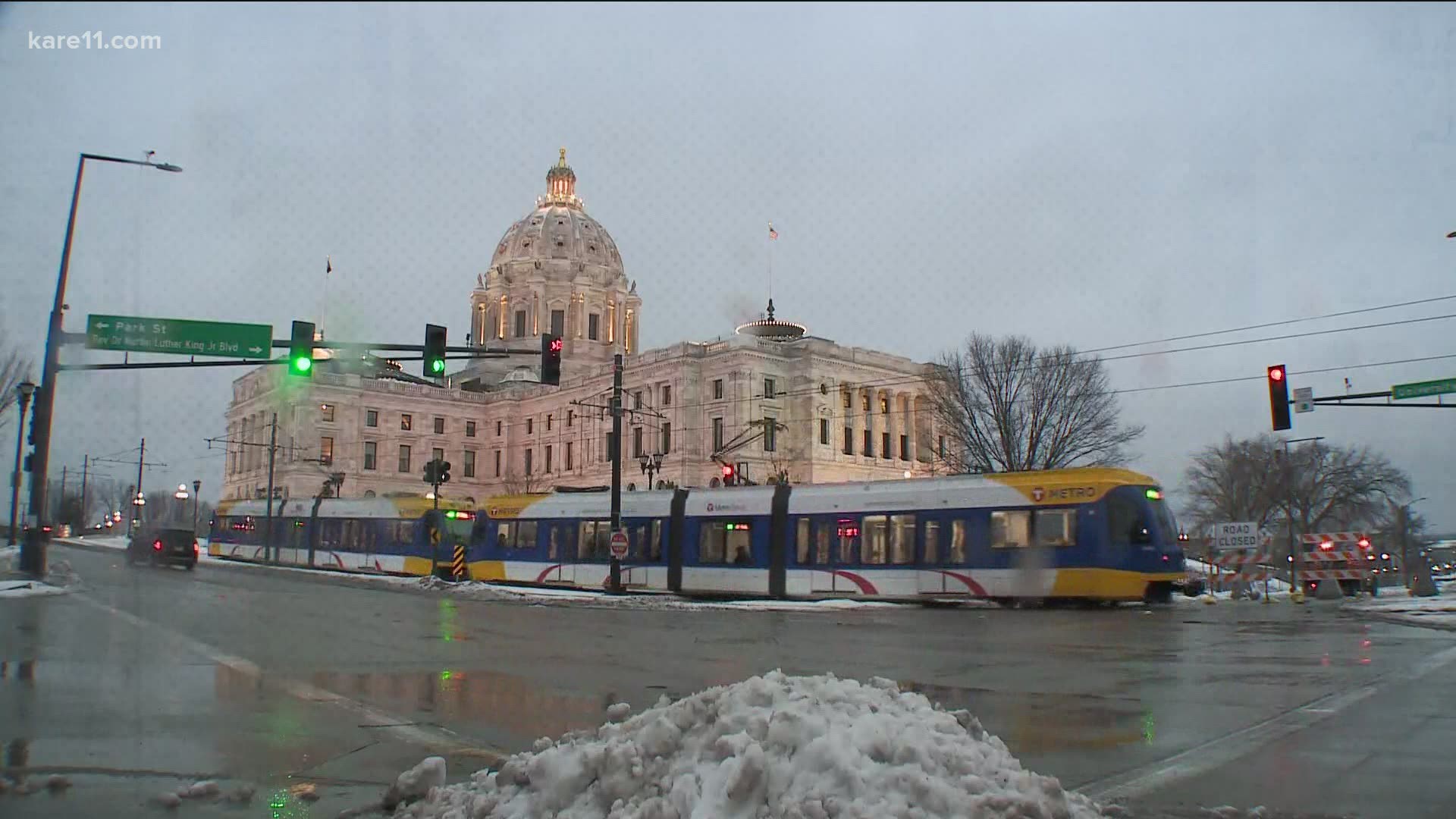 ST PAUL, Minn — State leaders are giving an update on their plans to keep the Minnesota State Capitol - and Minnesotans - safe in the days leading up to Inauguration Day.

Security officials from the Department of Public Safety (DPS), the Minnesota National Guard, the Minnesota State Patrol, and St. Paul police joined the governor to give the public an "update on security concerns at the Minnesota Capitol following the violent insurrection at the U.S. Capitol last week and continued threats to state capitols," according to a news release from the governor's office.

Walz said he and the American public are still processing the insurrection that happened at the U.S. Capitol on Jan. 6. He said that's why he toured historic locations in Minnesota this week, calling for unity.

"What are parallels to this?" Walz said "Honestly I'm not sure there is one. ... But there are times in Minnesota history that call for our better angels."

He referenced the FBI's warning that there are possible armed protests planned for every state Capitol.

"To be very clear with Minnesotans, we take the threats to our Capitol and to our citizens very seriously," Walz said.

Walz said the FBI specifically singled out Minnesota and Michigan.

"I don't think it's by chance that it was those two," he said. He pointed out President Donald Trump's tweets that called for "liberating" Minnesota and Michigan.

"Shame on this country if we try to normalize what's happening," he said.

Minnesota Department of Public Safety (DPS) Commissioner John Harrington said that he and other state law enforcement support the right for people to exercise their First Amendment rights to protest.

Harrington said DPS stands ready to protect the Constitution and the law and "a peaceful transition of power." He said law enforcement will protect the Capitol, the people's representatives, and the community.

"There are still no credible threats to the Minnesota State Capitol," Harrington said.

He said the FBI memos that are being widely cited in news reports are "pretty dated material."

"There is no credible, local, immediate threat in the state of Minnesota. That doesn't mean that there wasn't a threat back in December when that information was developed," he said. "We are turning over every rock and looking under every bush to see if there is anything else out there."

Harrington said neither the FBI, Department of Homeland Security or BCA have found any credible, local threats at this time.

"No matter how small or how large, we have taken the right steps to stop that from happening," he said. "No detail has been overlooked. We have got a plan that is both robust, and is resilient."

"We are prepared to keep the peace as long as it takes," he said. "You're not going to have to look for us. There is no end date on keeping the peace."

Harrington said for everyone who wants to come to the Capitol and have their voice heard, law enforcement will protect them. But he said they will be there to stop anyone with a different agenda.

"If you come to the Capitol to commit violent crimes," he said, "we will stop you. We will hold you accountable. Our state capitol is a safe place. It is the people's house."

Harrington said possible strategies to protect peaceful protesters include creating a buffer zone, or designating "free speech zones" so any conflicting groups are not immediately adjacent to each other.

"It is one of the best plans that I've ever been party to," he said. "I am very, very comfortable. And I want you all to be comfortable and assured that there has been nothing left undone to keep the Capitol safe." 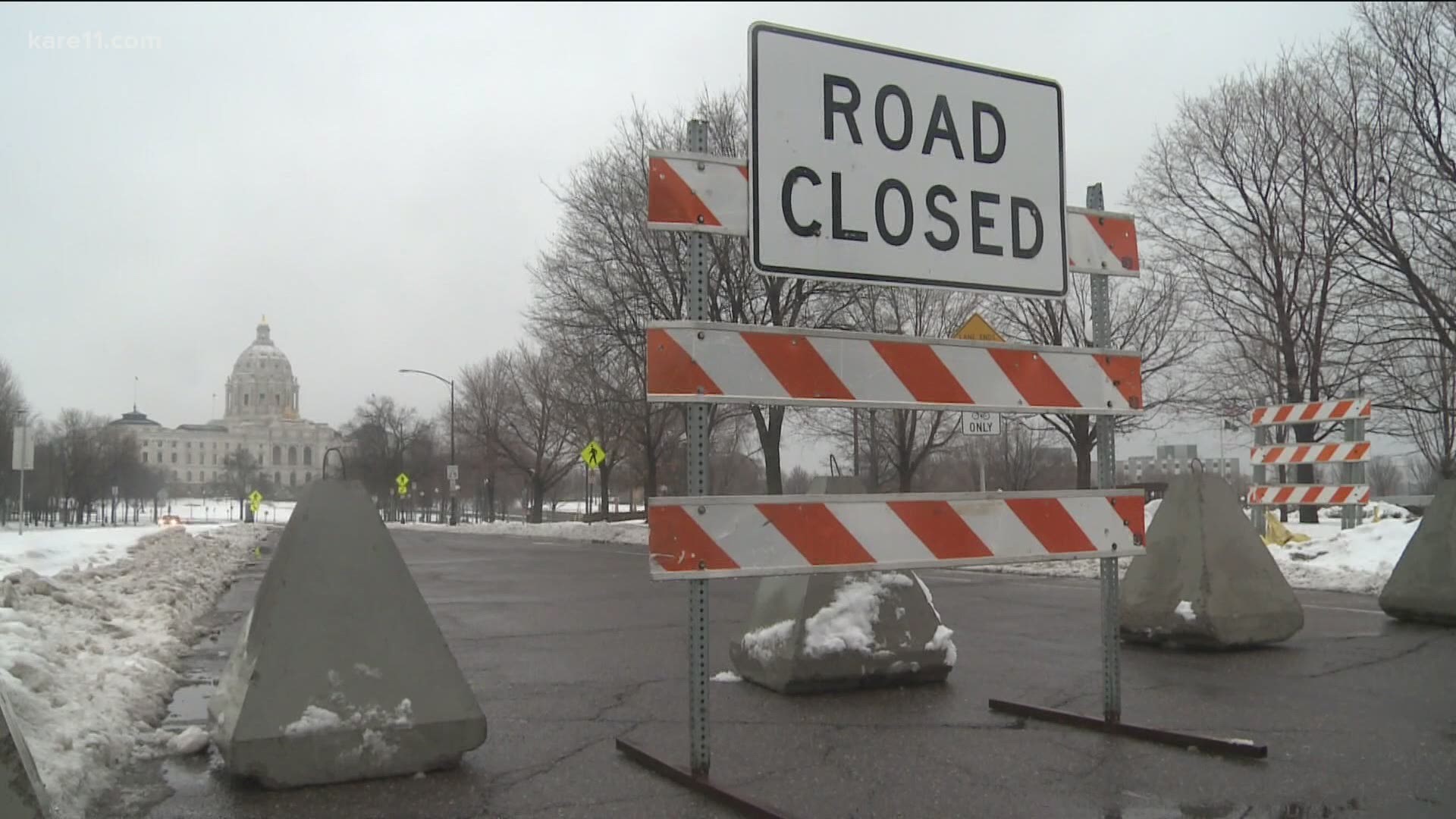 Minnesota State Patrol Col. Matt Langer said that people may see increased traffic control around the State Capitol in the coming days, and more state troopers stationed there to "keep the peace." He encouraged people to report any suspicious activity they see.

"If you see something say something," he said. "We want to know about it."

Minnesota National Guard Adjutant General Shawn Manke said one company with about 100 citizen soldiers has been activated to help protect the public in Minnesota, but the Guard is flexible to activate more members as needed. More than 850 Minnesota National Guard members will also be sent to Washington, D.C., to help protect the inauguration on Jan. 20.

St. Paul Police Chief Todd Axtell said the level of hate he's witnessed recently is like nothing he's seen in 33 years. He recalled his reaction to the violence at the U.S. Capitol on Jan. 6.

"It's disgusting, it's uncalled for, it's something that I never thought I would observe in my lifetime," he said.

Axtell commended the U.S. Capitol police for their work that day. "They battled back to protect our Democracy and to protect our elected officials," he said.

Axtell said the goal of St. Paul police is not just to keep people safe, but to make sure they feel safe as well. He said he will be on a call with capital city police chiefs across the country on Friday to help one another strategize.

On Thursday DPS said while the State Capitol remains a safe place, state officials are asking residents who aren't working or doing business there to stay home. Among the measures being taken to guard against potentially violent activity include:

“We will continue to track and monitor reports of any individuals or groups that are not interested in a peaceful expression of their First Amendment rights so we can respond accordingly,” said DPS Commissioner John Harrington in a news release Thursday. “We have been working with our law enforcement partners to develop a coordinated and comprehensive plan to guard the Capitol and protect state employees, visitors and peaceful protestors from harm."

Harrington said Friday that there has not been any discussion about a weekend curfew at this point "based on the current information that we have."

Lt. Gov. Peggy Flanagan said her reaction to the Jan. 6 violence, and to threats against the State Capitol, is "visceral."

"It's the people's house," she said. "It's our house. It is a symbol for Democracy."

Flanagan said Minnesotans can be assured that state leadership is taking action to put security in place.

"We are not panicking," she said. "We are concerned. We are alert. And we are prepared. And I take this personally. ... This is your house, and you should feel safe in your house."

St. Paul Mayor Melvin Carter said he has spent the last week and a half in "very deep reflection about how we could be at the place that we're at."

"How we could be at a place where people could not only mob the nation's Capitol," he said. "But how they could get inside those walls. How they could reach those walls with the Confederate flag. A symbol that has forever been in our country a symbol of hate, a symbol of divisiveness. How that flag could fly in that building when it didn't even fly in that building during the Civil War."

Carter pointed out that COVID-19 has not necessarily created new crises in the U.S., but exacerbated longstanding issues. He said he believes the storming of the U.S. Capitol was similar.

Carter said he hopes and prays these events will force people to "put on the table" something that has already existed under the surface.

Carter said they are also prepared to protect the surrounding neighborhoods.

DPS Commissioner Harrington said that because much of the rhetoric around potential violence has been "anti-government," many security efforts are focused around the Capitol. However, he said law enforcement is still working to protect the community and other potential targets.

The extra measures follow the attack of the U.S. Capitol on Jan. 6, as well as some of the threatening language used by speakers at the Minnesota "Storm the Capitol" rally the same day.

The FBI's Minneapolis office also issued an alert in late December warning of potential violence at the State Capitol in the weekend leading up to the Jan. 20 inauguration, and an FBI memo reported possible armed protests at every state capitol nationwide in that same time period.

Flanagan and Walz said at Friday's news conference that "it's time" to have another conversation about whether people should be able to carry firearms at the Minnesota State Capitol. Currently it is legal, with a permit to carry.

Despite the lack of specific threats, several other government entities have taken measures ahead of potential protests at the Capitol in the coming week.

These will be returned to their original locations "when safe to do," according to a USPS press release Friday.

Federal courthouses in Fergus Falls, Minneapolis and St. Paul have also been ordered to close on Jan. 19-20 ahead of Inauguration Day. All court staff will be working from home on those days, and will be available to offer assistance by phone and email.