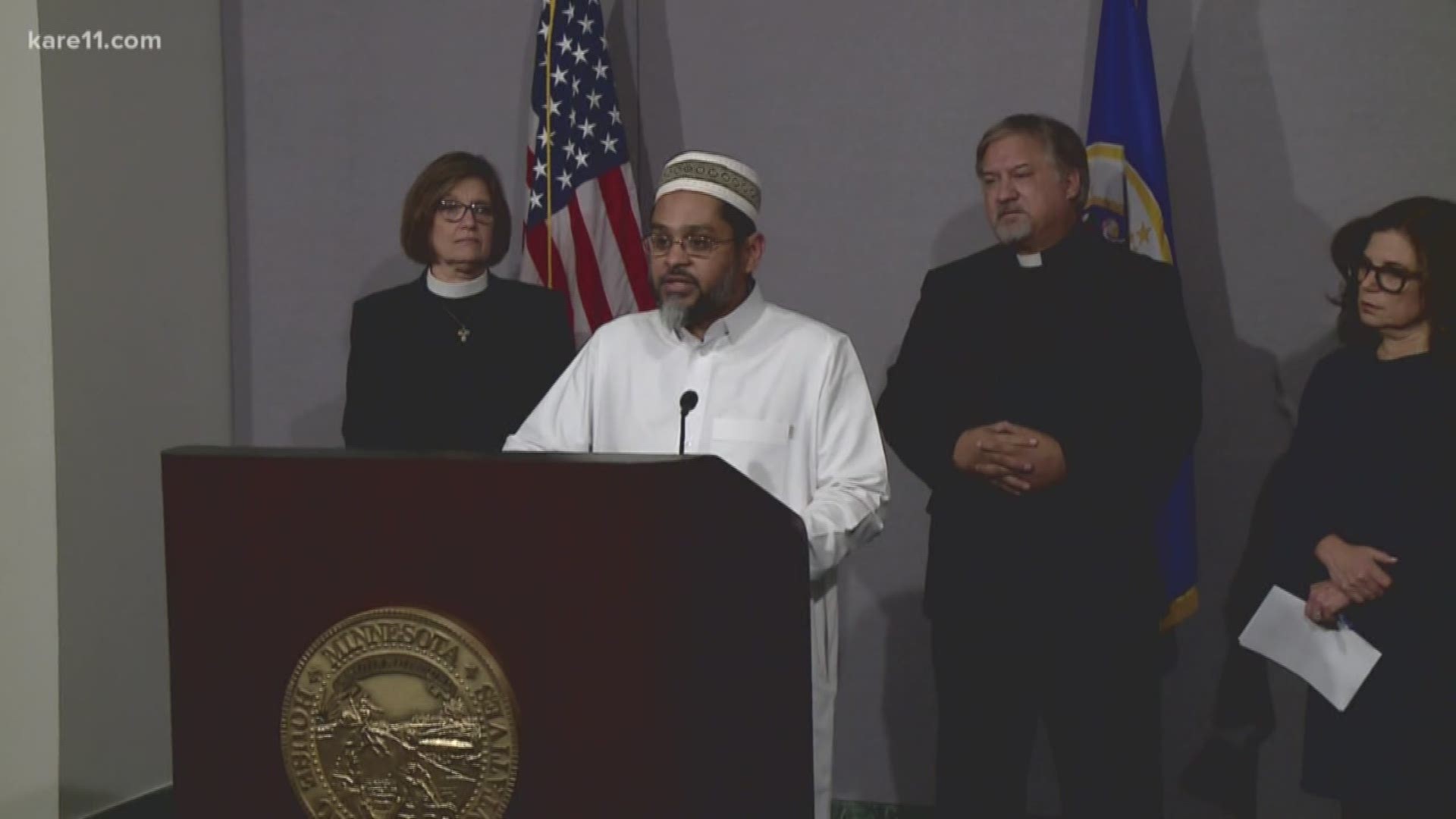 Appearing at a press conference organized by the DFL, the faith leaders said they're worried the tone of the mailers targeting opponent Keith Ellison, could inflame anti-Muslim sentiment.

"The recent mailers by Doug Wardlow are a significant departure from what America is all about," Imam Asad Zaman, of the Muslim American Society of Minnesota, told reporters.

"It is because of rhetoric like this, people who were radicalized by rhetoric of this type, that a mosque in Bloomington, Minnesota was bombed."

Ellison, a six-term Congressman representing Minnesota's 5th District, was the first Muslim ever elected to the US House. Ellison has long been a lightning rod for conservatives because of his liberal views and statements he made at protests as a community activist before he entered the state legislature in 2003.

Zaman said that's a claim based on a list circulated by the United Arab Emirates, a list that the US State Department has denounced as false.

"The Muslim American Society has church status with the IRS. We do food shelves. We do children’s faith formation classes. Children come and play soccer and basketball at our gyms," Zaman said.

"We do just about everything you would encounter in the normal church except we’re Muslims."

He was joined by Rabbi Marcia Zimmerman of Temple Israel, Pastor Laurie Eaton of Our Savior's Lutheran Church and Grant Stevensen, a pastor from St. Paul who works on progressive causes and has been part of ISAIAH in the past.

"Now is the time for us as religious leaders to speak out, because when we see hatred we need to come together in dialogue," Rabbi Zimmerman remarked.

Zimmerman is married to Rep. Frank Hornstein, a Minneapolis state lawmaker who served in the legislature with Ellison and supports his run for attorney general.

But Zimmer said the Wardlow mailer goes well beyond garden variety political attacks, and should be denounced by people on all sides of the aisle.

One of the attacks in the mailers accuses Ellison of being a friend of Louis Farrakhan, the Nation of Islam Leader who is a Black Nationalist and has been roundly condemned for his anti-Semitic remarks.

The mailer correctly states that Ellison worked organizing people in Minnesota to go to the Million Man March in 1995, an event spearheaded by Louis Farrakhan. But Ellison, in a post on Medium said he has never had any kind of friendship with Farrakhan and only met him once by chance.

But the mailer falsely tries to connect all of Farrakhan's toxic views with Ellison.

The mailer also claims that Ellison "stood by the scheme" by which some Somali child care centers defrauded the state of child care assistance funds.