The Minnesota DNR says the animal is more active and territorial this time of year. 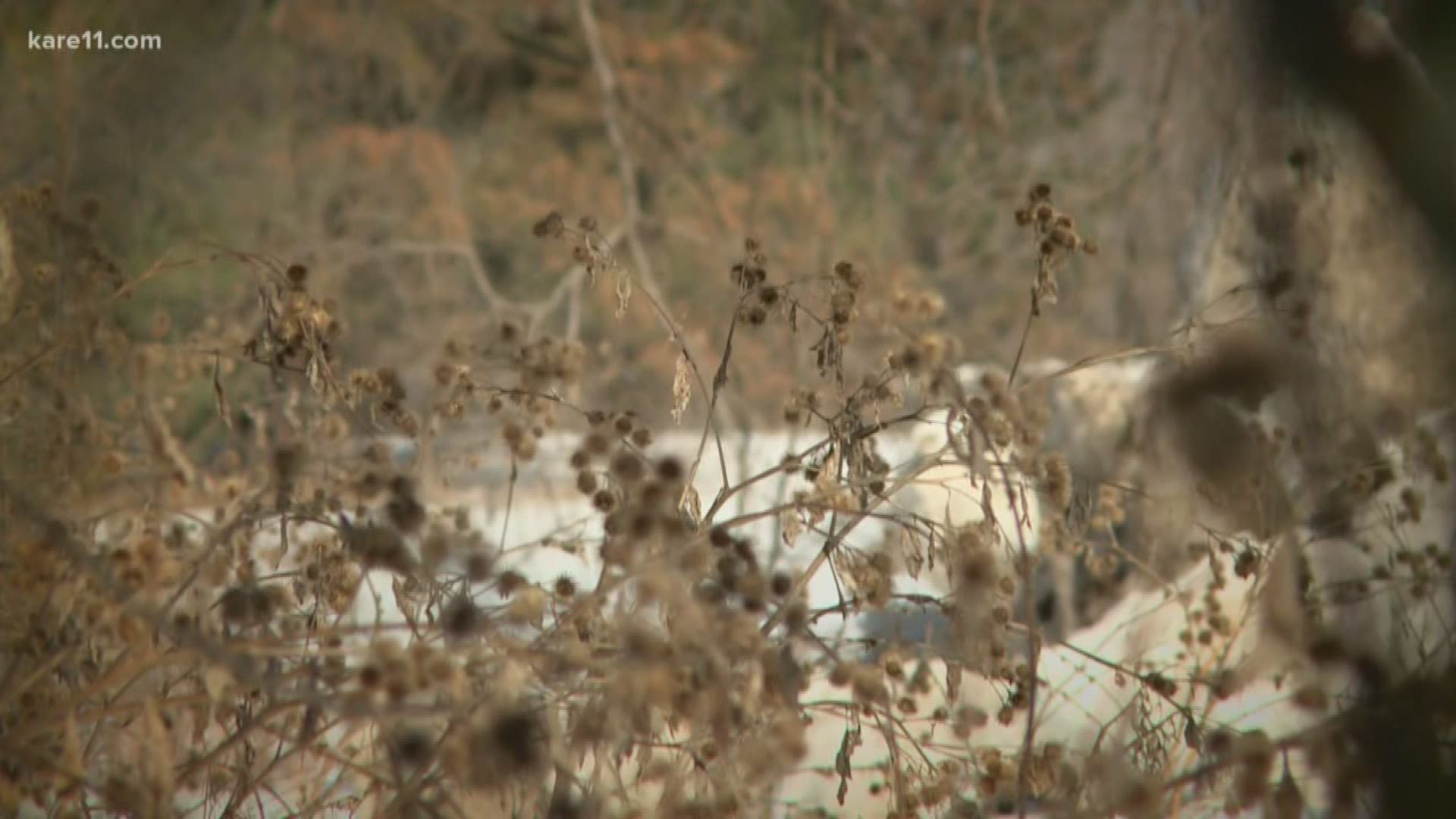 FARMINGTON, Minnesota — Near Farmington, Al Full spends quite a bit of his days cutting wood outside.

"That's the way I heat my building," siad Full.

That means he sees all sorts of wildlife and lately its been coyotes.

"In the winter time they're out hunting. They're all looking for food," said Full.

Some of them are bigger than his dog Sophie.

"Oh yes you gotta watch her because that animal will take her for lunch," said Full.

It's a good time to keep an eye on Sophie with it being coyote mating season.

He says pet owners should be more vigilant.

"Especially in the evening hours, nighttime hours," said Fashingbauer. "Turn on a light. Keep them on a leash and keep an eye on them."

He says it's also important to secure garbage and bird feeders.

"Attracts the mice," said Fashingbauer. "That attracts the coyotes as a food source."

Al says he hasn't had any problems, but with all the work he does outside with Sophie, he'll be sure to keep an eye out.

"They're a good animal to have around if they behave," said Full.

The DNR also advises people not to feed coyotes or leave any pet food outside.