The Bluejays' AD tweeted that athletic trainers from Waseca and St. Peter and a Good Samaritan gave coach Brad Wendland the treatment needed to save his life. 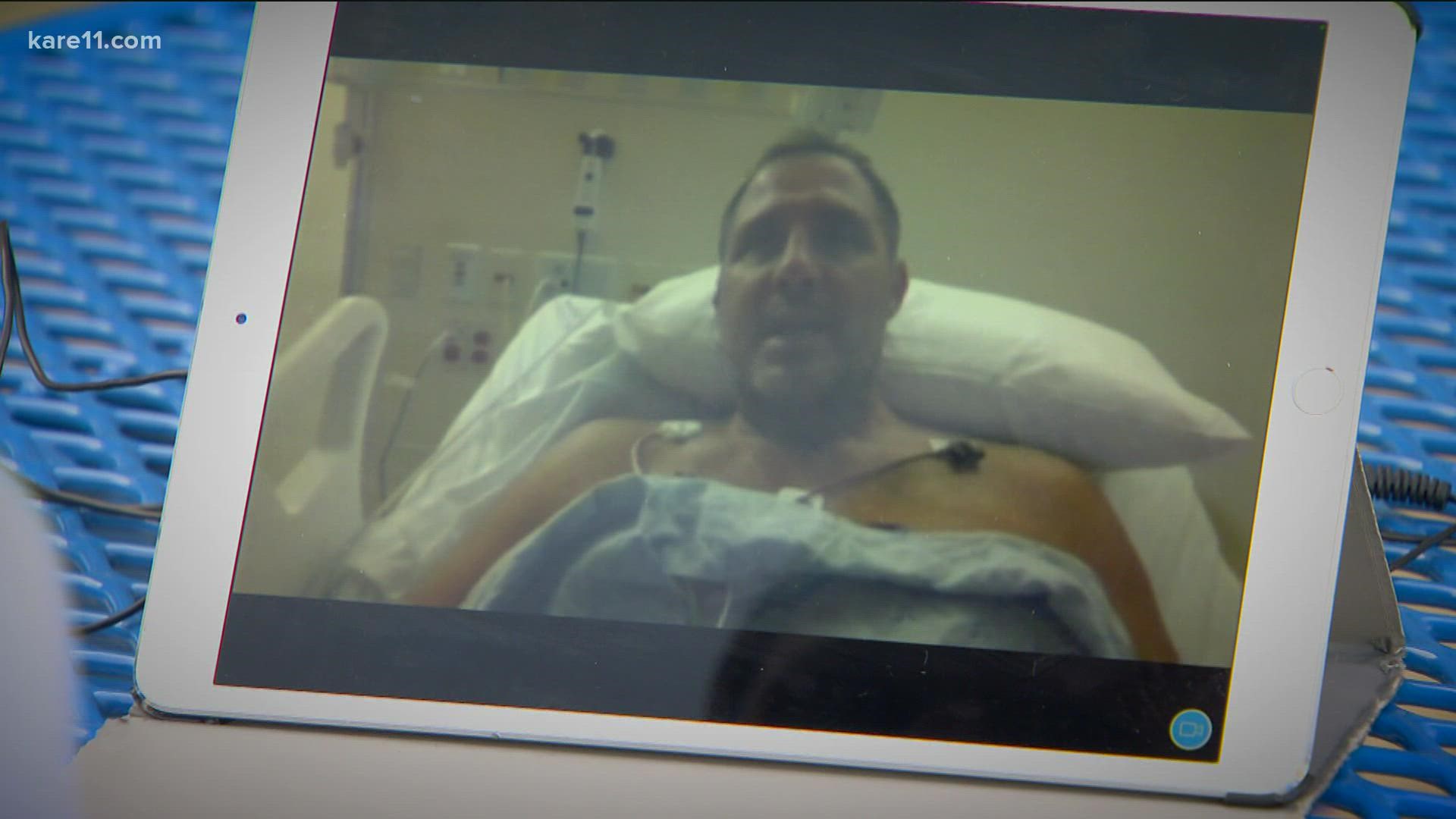 WASECA, Minn. — The Waseca Bluejays won their 2021 high school football opener over St. Peter last Friday, but most everyone who wears blue and gold will tell you the score is not the night's most important outcome.

That would be the fact that head football coach Brad Wendland is still alive for his family, friends and the Waseca community.

Wendland was working the sidelines during the Bluejays' 21-13 victory when the Mankato Free Press reports he began to feel lightheaded and took a knee. With just seconds to play, Wendland collapsed and was unresponsive.

That's when Bluejays Activities Director Joe Hedervare says the trainers from Waseca and St. Peter and a nurse in the stands jumped in and started performing lifesaving measures on Wendland. They worked on his heart until paramedics arrived.

The Free Press reports that after 45 minutes of chest compressions and a jolt from a AED, Wendland came to. He is recovering at a Mankato hospital.

"My phone shows a phone call to 911 at 9:19pm last evening," Hedervare tweeted from the school's activities account. "We are about 24 hours away from an event that everyone will remember for the rest of their lives. Our athletic trainer, the St. Peter athletic trainer, and a Good Samaritan gave coach the treatment needed to save his life. Please take a moment to hug your loved ones and reflect on how fragile our time here really is."

In an interview, Hedervare said Wendland is the "heart and soul" of the football program, adding that the players are coping with the incident as well as could be expected.

"They know coach. They know how tough coach is," Hedervare said. "This is a special place. We have each other's backs and we're going to do whatever we can to take care of each other in this town and community."

(1/2) My phone shows a phone call to 911 at 9:19pm last evening. We are about 24 hours away from an event that everyone will remember for the rest of their lives. We are forever grateful to the the first responders who rushed to the scene and were on site minutes after the call

St. Peter athletic trainer Leah Rutz tells KARE 11 she knew something was wrong when she looked across the field and saw her counterpart, Waseca trainer Troy Hoehn, down on the ground next to the prone coach. Rutz says the two trainers, along with a woman who ran down from the stands (later found to be a nurse) jumped right into action, working seamlessly as a team. It was the first time Rutz had actually put her lifesaving training to use, defining it as "one of those moments... just overwhelming: Did I just do that?"

Rutz says the event stayed with her through the weekend, but professional colleagues helped her process what had happened. She says the gravity of those minutes is still sinking in, but the bottom line is what matter.

"We just kind of worked together to get Brad the care he needed, and it worked," she stated.

Coach Wendland and his wife released a statement thanking all the first responders who performed life saving measures on him, sharing that he will likely be hospitalized for a week so doctors can perform tests to determine why his heart stopped.

In a Zoom interview from his hospital room on Monday afternoon, Wendland said he now expects to be released from the hospital as early as Wednesday. The coach remembers some of the events of Friday night, though not all of them.

"Thirty-one seconds left to go in the game, I take my headset off and walk over to the sidelines, and all the sudden I get really lightheaded. I want to take a knee until it passes," Wendland said. "I go down on one knee -- that's the last thing I remember. Apparently, I collapsed."

He said he remembers waking up after the trainers and Good Samaritan gave him chest compressions and shocked his heart with the AED.

The Waseca Public Schools asked on the district's Facebook page for the community to keep praying for the coach and his family.