MINNEAPOLIS — An east metro company that makes battery terminals and fishing sinkers has voluntarily agreed to stop using Dichloroethane, or DCE for the time being.

Water Gremlin had been pressured by the Minnesota Pollution Control Agency, or MPCA, to make the change after the company's own tests showed DCE vapors were emanating from the soil under the manufacturing facility.

The company announced Tuesday it would temporarily halt the use of DCE as a solvent in its coating processes, until it can install a vapor mitigation system similar to what deal with radon under homes.

The decision was made after MPCA Commissioner Laura Bishop visited the White Bear Lake facility.

"While we disagree with some of the MPCA's conclusions, we appreciate the commissioner and her staff for taking the time to meet with us to see first-hand the steps we are taking to improve our environmental performance," Water Gremlin president Junya Inoue said in a statement released to the media.

The plant already has systems in place that vent DCE fumes from the coating process to the outdoors, through a system of filters. But, for an unexplained reason -- possibly negative air pressure -- DCE fumes were also building up under the concrete slab of the production facility.

The MPCA was alarmed by the finding of DCE in the soil vapors because the company only recently switched to DCE after years of using a solvent that contained the more toxic Trichloroethylene, or TCE. 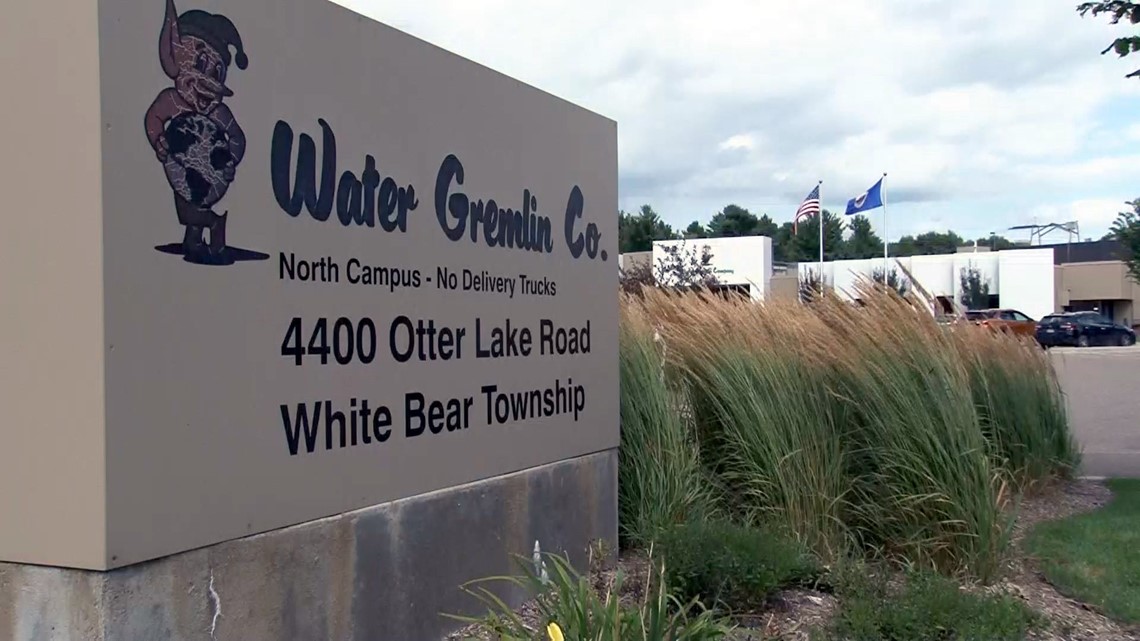 The agency is concerned about vapor intrusion, that those fumes in the soil could migrate back inside the building through cracks and pose a long-term health hazard to workers.

"We want our neighbors to know that the DCE vapors are limited to the air space immediately beneath our building and do not pose a risk to our employees, neighbors or the environment," Inoue remarked.

The company was fined by the state this year and required to install many more pollution control and detection devices. Water Gremlin has been in business since 1949 and employs 340 people.

Jim Kelly of the Minnesota Dept. of Health said there's no evidence that the DCE fumes have reached neighboring homes, but he applauded MPCA for taking proactive steps to prevent harm to Water Gremlin employees and the surrounding area.

Hundreds march for victims of police brutality at Governor's Mansion