We Push For Peace is one of seven local organizations hired by the City of Minneapolis to intervene with community members during tense situations. 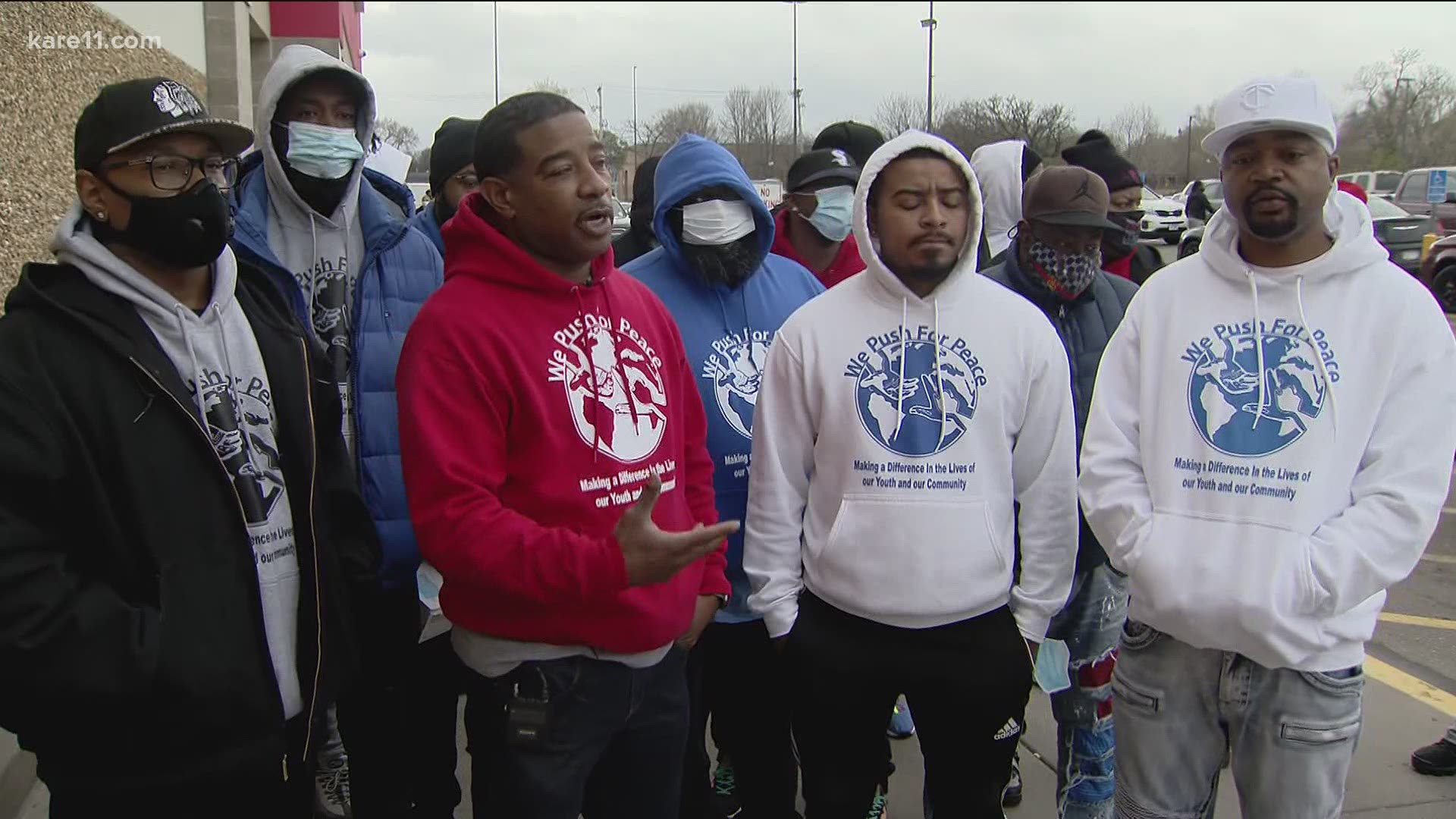 MINNEAPOLIS — It’s no secret, it’s been a traumatic ten months for communities across the metro and the nation, as tempers flare in the wake of another deadly encounter involving an unarmed Black man and police.

"Everybody has a right to protest, they do…what we want to prevent is what happened last year," said Trahern Pollard, founder of the organization We Push For Peace.

Protests which lead to unrest and looting.

"We got to protect our own stuff and find a different way to express ourselves," said a member of We Push For Peace.

This is what’s now forcing the City of Minneapolis’s Office of Violence Prevention to re-imagine the city’s approach to helping communities heal after traumatic events like these.

"We want to support community in thinking about de-escalation and conflict resolution if things come to that," said Sasha Cotton, Director of the Office of Violence Prevention.

We Push For Peace is one of seven local organizations hired by the city to intervene with community members during tense situations, as we near a verdict in the Derek Chauvin trial.

"So when we out there and we see young men and women that’s out there emotionally driven, traumatized, angry, we try to help them channel those emotions," said Pollard.

For Pollard and his team it’s about bridging the divide while also building relationships.

"What our objective is, is to bridge the gap between law enforcement and our community," explained Pollard. He went on to say, "We know the community very well, we live here, we work here.”

So if it means losing sleep while risking their own lives for the sake of community, they’re in it for the long haul.

"When you out here doing this kind of work and you trying to save your community, man, you don’t think about all that," said Pollard.

The groups will be out on the streets throughout the Chauvin trial, and any protests after.

The city has set aside nearly a million dollars to fund those groups which include: