Wild Mountain employees are in the process of making snow and scheduled to open slopes on Tuesday. 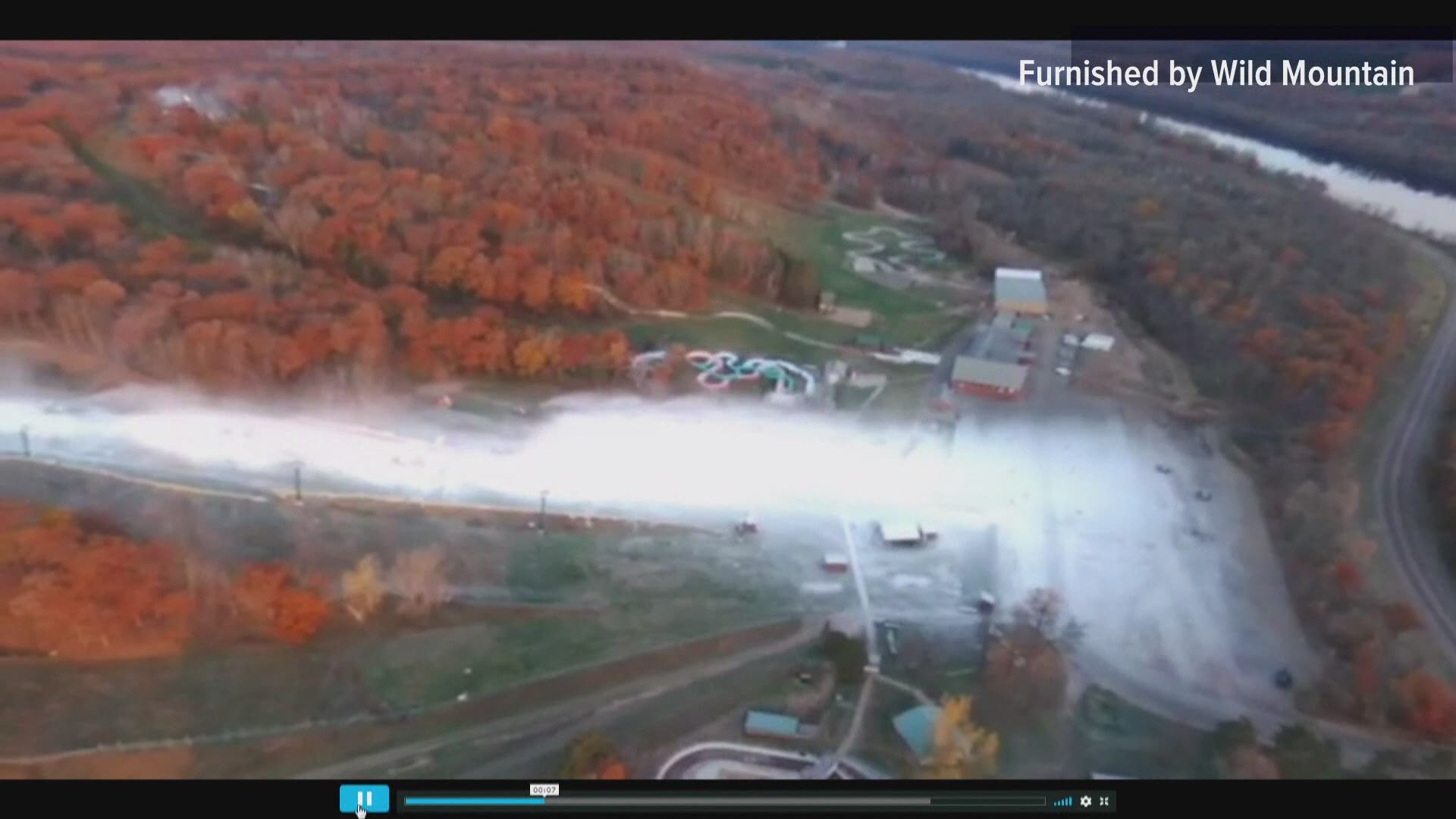 TAYLORS FALLS, Minn. — Ready or not, winter is coming.

In Taylors Falls, Minnesota, however, it appears to have already arrived.

Wild Mountain, a popular ski and snowboard destination located about an hour north of the Twin Cities, confirmed its employees are in the process of making snow and is slated to open Tuesday, Oct. 29, at 3 p.m.

In a statement, Wild Mountain vice president Amy Frischmon said they will keeping with its more than 40-year tradition of being the first area in the Midwest to open.

"We will be opening with Front Stage, a terrain park and two rope tows," Frischmon said in the statement. "As long as the forecast holds true, we plan to add Expressway and Intermediate run and a chairlift on Friday."

Frischmon said they will blow snow overnight in hopes of being ready to open by early afternoon.

"We are thrilled to be opening in October once again, keeping with our 40+ year tradition of being the first area in the Midwest to open," Frischmon said. "We are looking forward to a long, snowy winter with great temps all season long."

RELATED: Kick off winter at the Minnesota Nordic Ski Opener