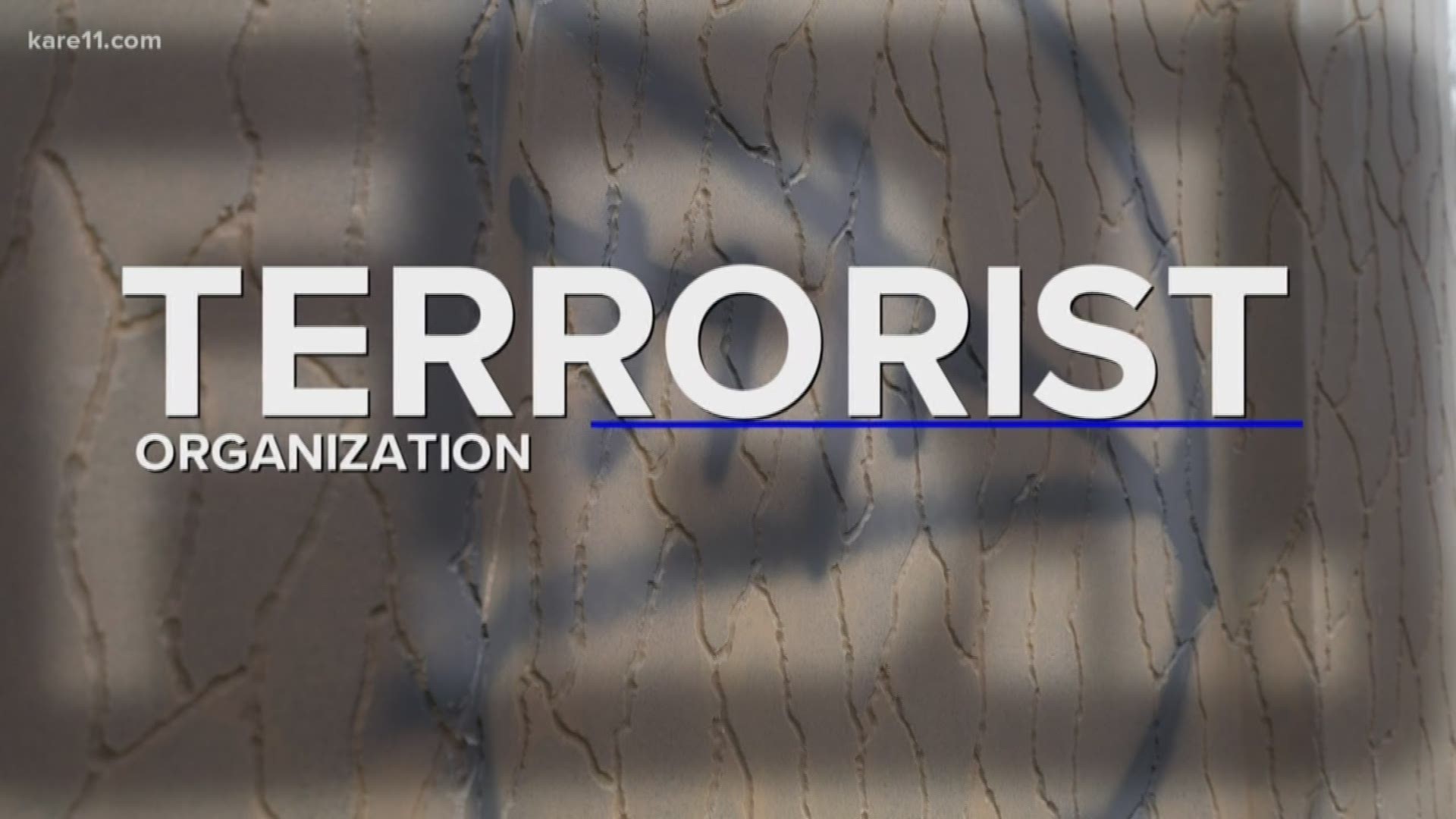 NEW RICHMOND, Wis — When he was getting his deer stands ready for hunting season back in August, Scott McDermott from New Richmond, Wisc., one day found them tipped over and damaged.

Someone cut the stilts in half.

The windows were painted black. Inside, a message: "You are scum."

And on the roof, a threat: "The hunters will be hunted."

How did that make McDermott feel?

And McDermott wouldn't be the last victim. Over the last couple months, deer stands have been vandalized across Dunn County WI, then last week in Barron County.

The damage was all very similar. And in each case, including McDermott's, the vandals spray painted a letter "A" with an "L" and "F" inside of it.

Sheriffs from all three counties believe it's the logo for the Animal Liberation Front, and the lawmen believe its members are behind the damage.

The Animal Liberation Front has been labeled by the FBI as a "eco-terrorist organization" because members have carried out bombings and arson. There have been no reported deaths.

On the ALF website, a member claims responsibility for destroying 10 deer stands in Wisconsin, writing in part, "We find that when we attack under the blanket of night with masks on we get a lot more done than we ever could standing on the sidewalk with signs.

But McDermott wonders, "Why damage other people's property? It doesn't make any sense."

They're not just damaging property, the Dunn County Sheriff says in some cases they are laying a trap of sorts for hunters, by cutting rungs from the deer stand ladders or making other cuts that are not immediately visible to a hunter climbing into the stand.

"To the point where if you step on it, you're going to either hurt yourself or kill yourself," McDermott said.

Scott would just like to stop it from happening to anyone else.

"Hopefully they get caught," he said.