With snow in the forecast, St. Louis County plow drivers go on strike

During the strike, supervisors and other licensed employees will plow, but there are fewer of them and the county says it will take longer to get to all the roads. 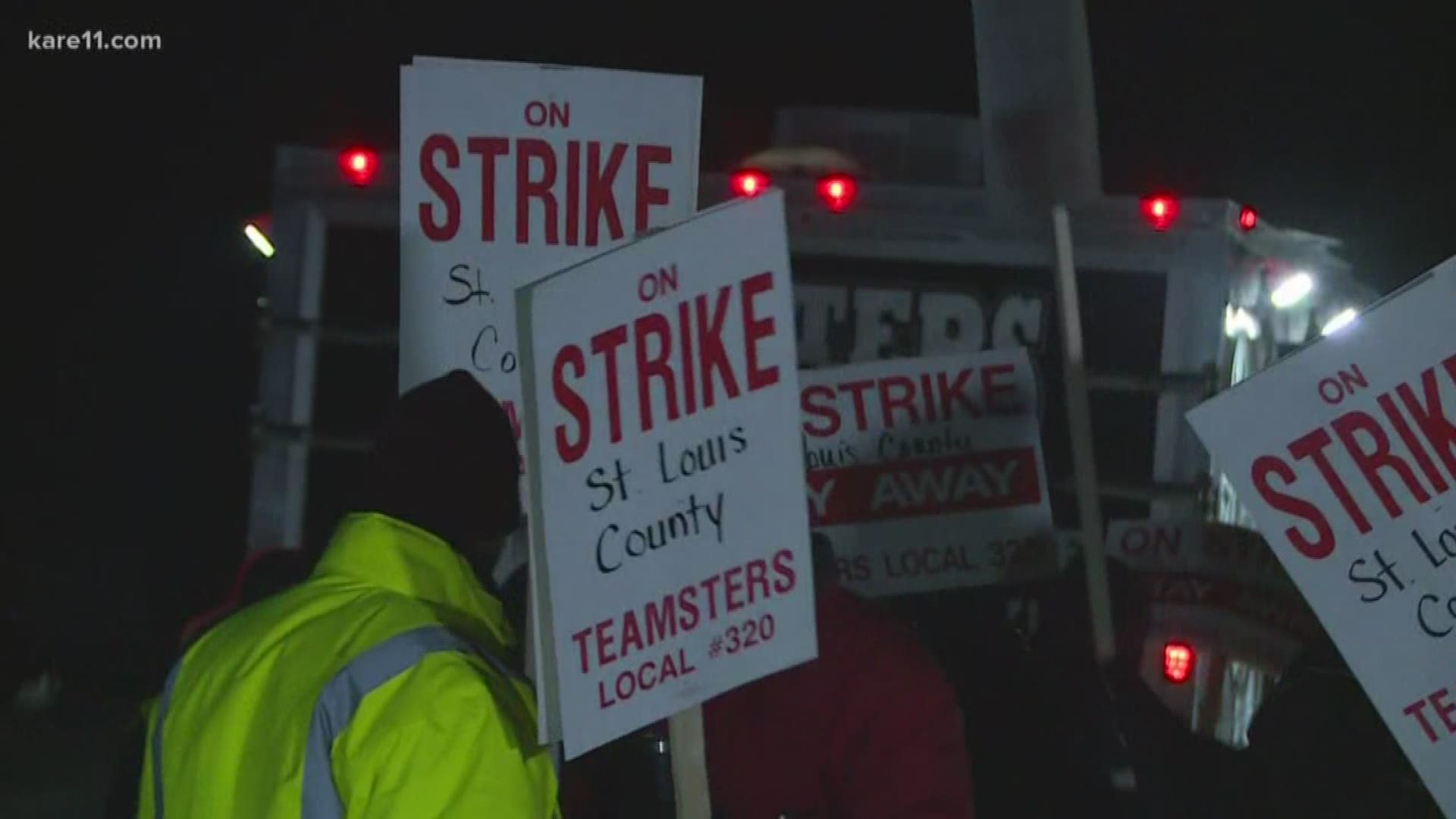 ST. LOUIS COUNTY, Minn. — Before dawn Wednesday, St. Louis County public works employees gathered in front of the public works building in Pike Lake, but they weren't there to start their shifts.

"We want this to get resolved as fast as possible," said Dan Zezulka, a plow driver who works out of the county's Pike Lake facility. "People come here because of the benefits and we need to protect those benefits. The wages aren’t great. [The wages aren't] why we come here."

After months of negotiations, talks between the county and the union broke down, with the union rejecting the count's final contract offer on Saturday.

Credit: KARE
A sign along the picket line outside the St. Louis County Public Works building in Pike Lake Wednesday.

Local 320 Secretary and Treasurer Brian Aldes said the cost of the county's healthcare plan is an issue.

St. Louis County Communications Manager, Dana Kazel, said the county sees the major sticking point as a cap on employees' sick leave accrual. Employees hired in 2013 and later, she said, can accrue up to 1,150 hours. But the union has said they want their members to accrue to the same amount as longer-serving employees - up to 1,500 hours.

Kazel said the cost to the county under that proposal would be $1.5 million for teamster members alone, a price she said they couldn't pay.

"It's heartbreaking. We know the impact that this having on [the union members] and on their families, and at the same time, it's also really disappointing, because of the impact it's having on our taxpayers, our citizens," Kazel said.

St. Louis County covers a large area of the state. The county says they're responsible for plowing more than 3,000 miles of roads. During the strike, that task will be left to supervisors and other employees licensed to operate a plow. But there are fewer of them, and the county says it will take longer to plow all the roads.

Major roadways have been prioritized, but less traveled roads are being considered "secondary." They've outlined their plans on a section of the county website.

The union has said the strike will continue until they get a contract they're satisfied with.