A news release from Chief Patrick Foley says the man refused several commands to drop his knife, and charged at officers before he was shot. 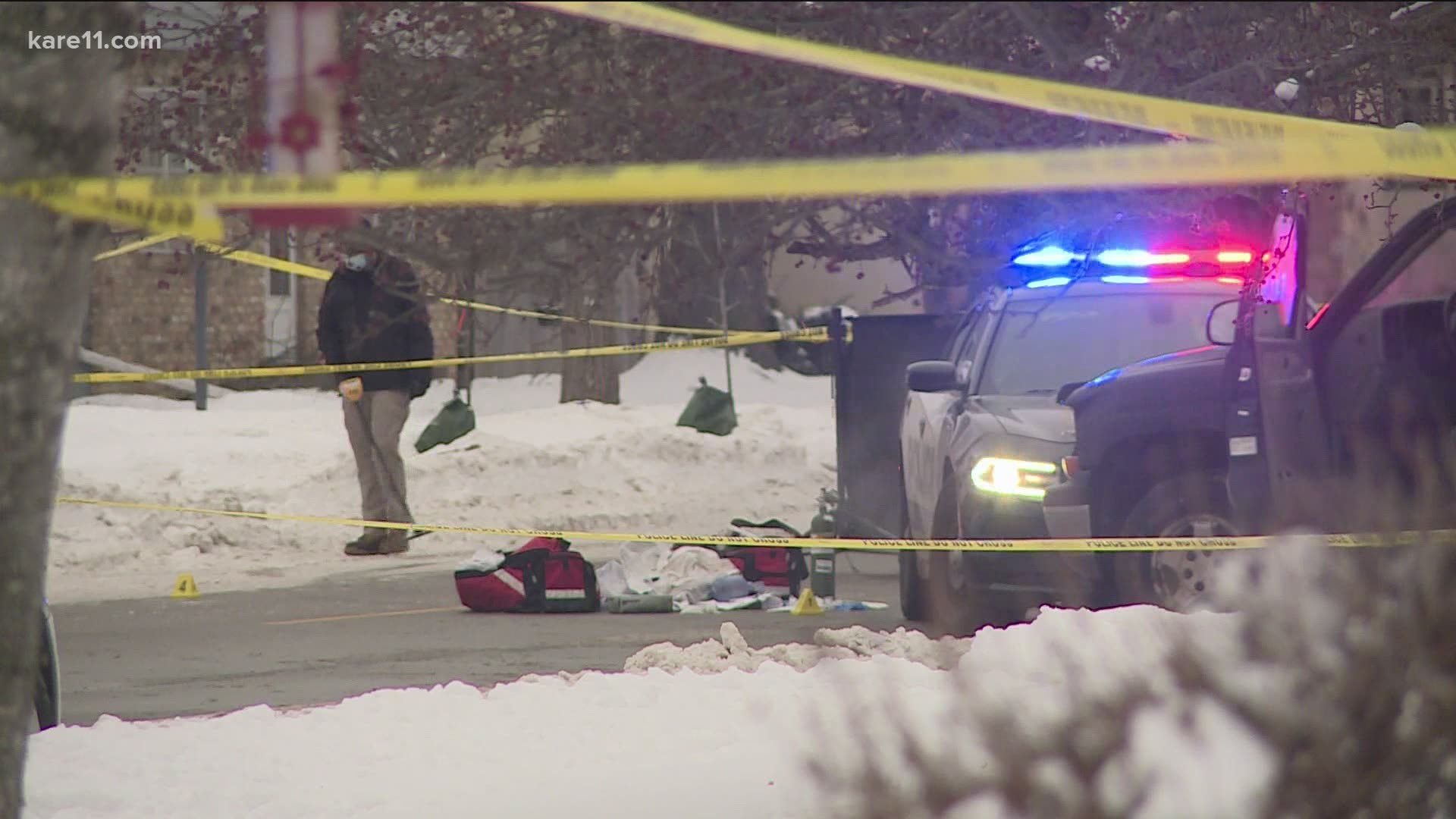 ROBBINSDALE, Minn. — The Robbinsdale police chief says his officers shot and killed a man who was charging at them with a knife on Friday morning.

In a news release sent out Friday afternoon, Chief Patrick Foley said officers were attempting to stop a vehicle at about 11 a.m. Friday. He said the registered owner had an active felony warrant out for their arrest.

Police say there was a short vehicle pursuit, the person's vehicle was disabled, and officers blocked it in. According to Foley, a man got out of the driver's side armed with a knife.

Officers told the man several times to drop the knife, but he refused, according to police. Officers used a Taser but the man continued to charge, Foley said, and officers shot him. They began performing lifesaving measures immediately but the person died at the scene. A knife was located next to him, according to police.

The Bureau of Criminal Apprehension has taken over the investigation. Robbinsdale identified the person who was killed only as an "adult white male."

Witnesses tell KARE 11 reporter Chris Hrapsky that a pickup stopped sideways in the middle of the street near 37th and Noble Avenues N. just before 11 a.m., with Robbinsdale police squad cars close behind.

Neighbors who saw the entire incident unfold say officers got out and drew their guns, trying to get the male driver to come out peacefully. Eventually they approached the truck and were able to escort a female carrying a dog to safety.

The witnesses tell KARE 11 that the man sat in the truck as officers asked him repeatedly to step out of the vehicle. After an extended period of time the neighbors say the man got out, clearly brandishing a knife. They say officers gave the suspect multiple orders to drop the weapon.

Two of the three neighbors who spoke to Hrapsky said they saw the man run towards officers, and that no shots were fired until the suspect was about 10 feet from the police. The other neighbor did not see the incident clearly.

MORE NEWS: US Capitol Police officer dies after being injured during Capitol riots