Her brother said 31-year-old Deona Marie always stood up for the things she believed in, and was "willing to give her life for it." 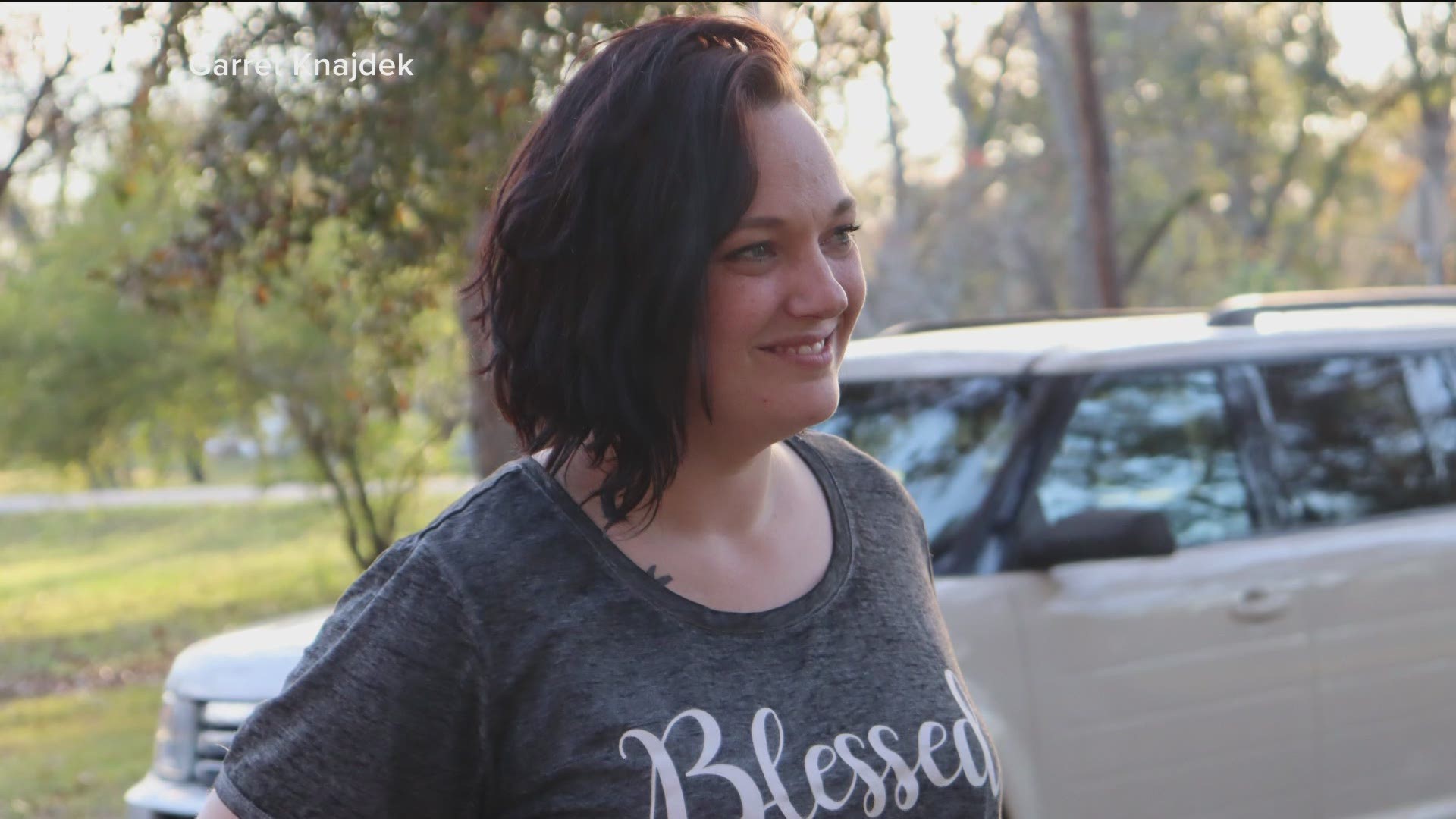 MINNEAPOLIS — A woman struck and killed by the driver of an SUV in Uptown Minneapolis late Sunday is being remembered by her brother as a beautiful person who always took care of others.

Garrett Knajdek identified the victim as his sister, Deona Marie, 31, of Minneapolis.

"Still trying to process the fact that my sister, my lifelong friend is gone," Garrett said.

Minneapolis police say just before 11:40 p.m. they were monitoring a demonstration via security camera near West Lake Street and Girard Avenue South when they saw a vehicle drive east on Lake Street and into the crowd.

Garrett said friends of his sister told him she had parked her car at the scene of the demonstration to shield fellow activists who were protesting and block traffic from coming through. He said Deona was apparently standing near her vehicle when the driver of the SUV sped and crashed into it, which then hit her.

Deona was killed and three others were treated at hospitals for non-life threatening injuries.

Deona Knajdek, 31, of Minneapolis was the protester killed last night in Uptown, according to her brother Garrett Knajdek.

"She was probably the most wonderful person you could ever imagine. She would... tear the shirt off her back to make sure someone was warm." @kare11 pic.twitter.com/zQrzfjRQ0h

The demonstration was happening in the area where Winston Smith was shot and killed by members of a U.S. Marshals Fugitive Task Force earlier this month. Regular protests have taken place in Uptown since Smith's death and the crowd on Sunday night was there for the same reason.

RELATED: Woman killed, 3 others hurt after driver crashes into crowd of protesters in Uptown

Deona worked as a program manager at The Cottages Group in Burnsville, working with vulnerable adults. She lived in Minneapolis — a mother to two daughters.

Today The Cottages Group lost a member of their management team, Deona Erickson. We are shocked and deeply saddened by...

Deona Marie's mother, Deb Kenney, called on people to pray for the family of the man driving the SUV.

"I just want people to not be angry because of that, because the emotion we need to have right now is we need to be grateful that Deona was here and she shared it all with us," Kenney said. "She wouldn't want us to be angry at that man. She would have let it go in a minute, and said, what could we have done for him? What would have made a difference for him?"

She said some people expressed how sorry they were for what happened.

"She was here on her own accord, she chose to do this," Kenney said. "She wanted to make that impact."

Kenney said she hopes people don't stop protesting because of what happened, but that they should make sure they are keeping themselves safe.

"She was probably the most wonderful person you could ever imagine. She would in the most literal sense tear the shirt off her back to make sure someone was warm," Garrett recalled. "No matter how dark her life was and how bad things got, she was doing everything she could to take care of somebody else and provide for them."

In a release sent out early Monday, Minneapolis police said protesters on the scene pulled the man who drove into the crowd from his vehicle and according to witnesses, struck him a number of times before the man was taken into custody.

Minneapolis police spokesman John Elder released a statement Tuesday, naming 35-year-old Nicholas D. Kraus as the suspect. Kraus was arrested on suspicion of criminal vehicular homicide in connection with the incident and has not been charged.

While police said they will make no further comment Monday on what happened in Uptown, Minneapolis Mayor Jacob Frey did release a statement.

"The right to peacefully assemble and protest is a cornerstone of our democracy. Last night’s tragic events resulted in the loss of a community member exercising that fundamental right and the injury of several others," Frey said. "We are keeping the victim’s family and friends close as they grieve the loss of a loved one."

Frey added that they city is in close contact with Police Chief Medaria Arradondo regarding safety measures in Uptown.

While saying he and his sister didn't agree on everything, Garrett Knajdek believes people need to know Deona was an advocate, did what her heart told her and always stood up for the causes she believed in.

"No matter what she was doing, whether people agree with it or disagree with it, they need to understand that she was my sister and she was somebody's daughter and she was a hero to a lot of people... and just have some respect for that no matter if you agree with her views or not," Garrett said. "Everybody has their opinions and you should stand up for them no matter what they are, and she should be an example for everybody to do something better with the world."