'She has the biggest heart' | 27-year-old vet technician killed in shootout at St. Paul bar

Marquisha Wiley, a 27-year-old vet technician, was killed in the shootout that left 14 others injured. Three men have been arrested. 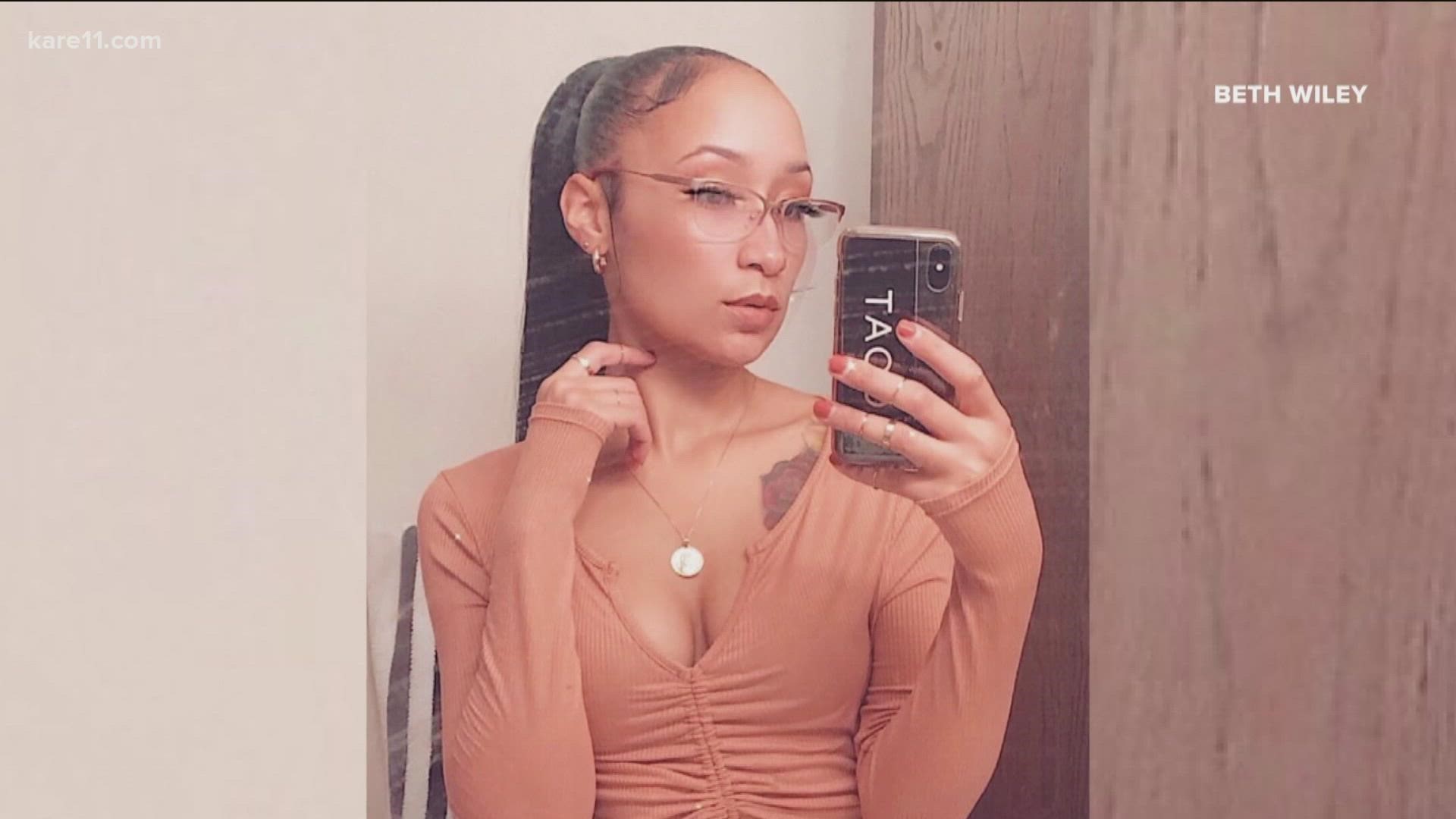 Family members were left to process the shocking loss of 27-year-old Marquisha Wiley, described by her mother as a caring person who had been a vet technician for seven years.

"She has the biggest heart," Marquisha's mother Beth Wiley said. "She was a sweetheart."

Marquisha was pronounced dead at the scene, while the other fourteen victims are expected to survive their wounds.

"She was so kind. She was so nice. She was so loving. She had everything going for her," said Melissa Lasch, Kiki's second cousin.

According to Lasch, they are a big yet close-knit family.

"She didn't deserve this. She wouldn't hurt anybody. For someone's life to be taken so senselessly like this, it's tragic," Lasch said.

A GoFundMe for her funeral expenses has quickly surpassed its goal of $10,000.

"I love her and I miss her and I will forever miss her," said friend Alexandra Sarantos.

Sarantos said Kiki loved animals. She was a vet technician who most recently worked at Inver Grove Heights Animal Hospital. Staff there told KARE 11 that Kiki had been working there for the past three months. Prior to that, she worked at Carver Lake Veterinary Center in Woodbury.

"It wasn't her time. It just wasn't. It couldn't have been. It just couldn't. She's 27 and she just still had so much life to live and so much to do and so much good to do," Sarantos said.

On Monday, charges were announced against two men.

“This national increase in gun violence has struck really close to home here in St. Paul over and over and over again,” said Mayor Melvin Carter in a press conference around 5 p.m. Sunday. “It’s been really, really hard.”

Carter calls the shooting “heartbreaking” and “traumatic,” saying both city leaders and its police take the violence personally.

“One of the things we’re seeing is that our police officers cannot do it alone,” said Carter. “This is a community effort.”

That’s why Carter says St. Paul is spending $1 million in police overtime to patrol West 7th Street, and training one of the largest academy classes in department history. But he says it’s legislators who can make the biggest change.

“Action hopefully one day will include action at the state legislature that would engage, frankly, some of the lawmakers who are hoping to troll St. Paul today,” said Carter, “But (who) are literally the hurdles that are blocking us to be able to pass the type of sensible gun control reforms that Minnesotans and Americans want to see happen.”

But Carter stresses that without stricter gun laws he believes shootings will continue both locally and nationally.

The Office of Governor Tim Walz also commented on the shooting, calling the incident "horrific."

In a statement put out on Twitter, Walz said, "Minnesota is keeping in our hearts the family of the young woman killed and the 14 others injured, and the St. Paul neighborhood reeling from this senseless gun violence. We’re working in close coordination with local law enforcement as they apprehend those responsible."