Longest pediatric transplant survivor at the U of M

The University of Minnesota Medical School continues to save lives with new innovations. 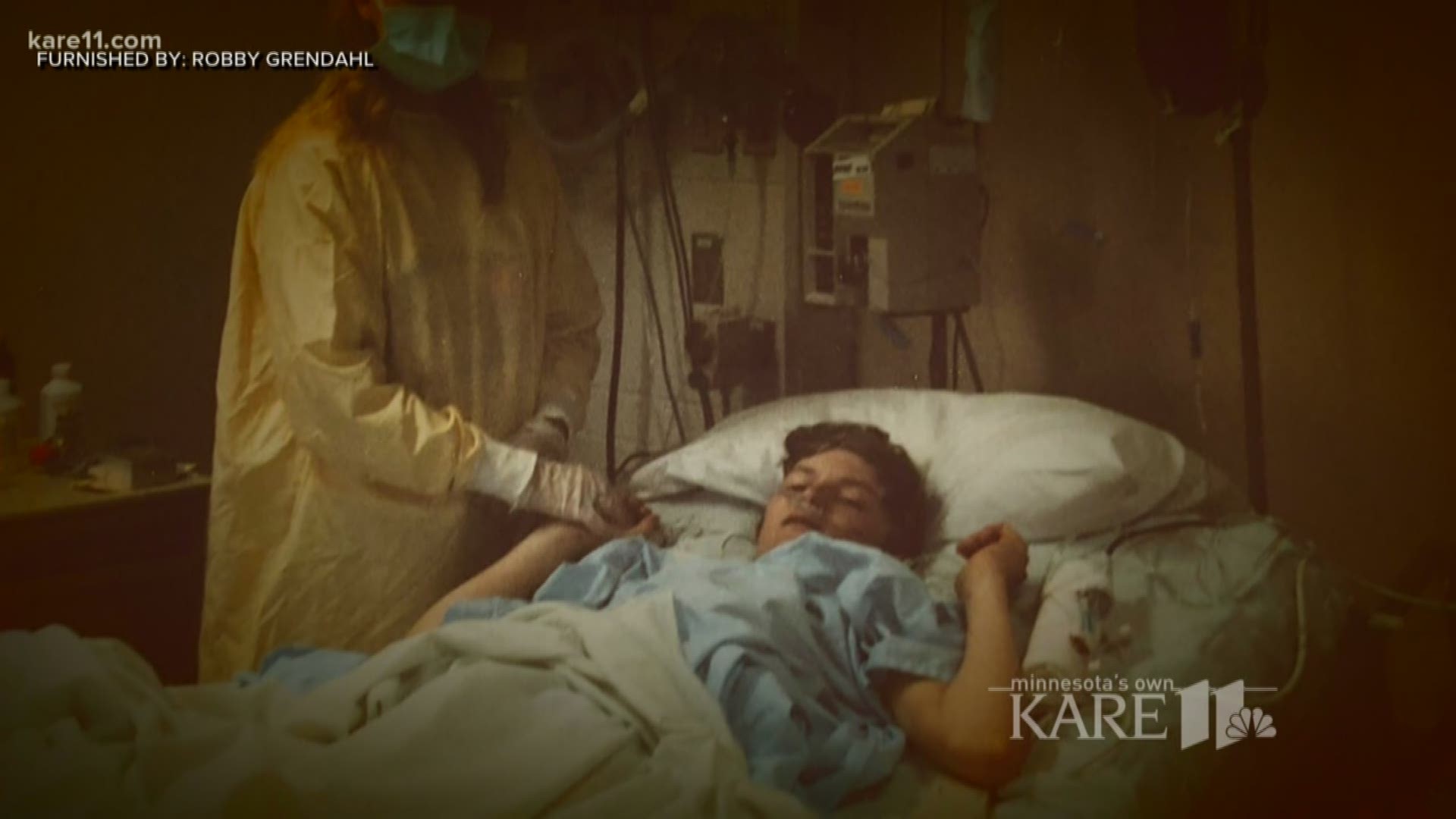 "Something didn't feel right. I didn't get hit luckily, and I went to the bench, exhausted, light-headed," said Grendahl.

Robby left the ice. The next day, he went to the doctor.

"Yeah, it was pretty much all out heart failure at that time. The heart was so grossly enlarged," said Grendahl.

Weeks went by. Robby was in and out of hospitals and only getting worse. And, then..

"It was do this or not make it through the weekend," said Grendahl.

This was a heart transplant at the University of Minnesota; he'd be the youngest patient ever at the U.

"You know this was, everything was new. We didn't have anything to go by," said Grendahl.

Today, Robby's back at the University of Minnesota sharing his story.

How he was out of the hospital in five days. How he played hockey again, graduated high school and college and became a teacher.

"...married the girl that I fell in love with when I was 12 years old," said Grendahl, holding back tears.

Tears of thanks. To the surgeons and researchers at the U of M Medical School which, today, is celebrating 40 years since its first ever heart transplant by honoring survivors, like Robby.

"Realistically, back 30 years ago we wouldn't have expected the amazing outcomes that he's had," said Rebecca Ameduri, the Medical Director of the Pediatric Heart Transplant Program at the U of M.

An outcome that allowed him to become a father with perspective..

"One of my fond sayings is: the difference between bad news and a really good adventure is your attitude," said Grendahl.

Robby's the longest surviving male pediatric patient in the U.S. He takes medication twice a day and that's it. He's never had a set back and has never had any heart-related issues since his surgery.