Louie can't see much, but his vision will become a reality this Sunday

He will never drive a car. He won't ever fly a plane. So, imagine the surprise from his family and friends when he did a triathlon last summer and upon finishing, said he wasn't done. 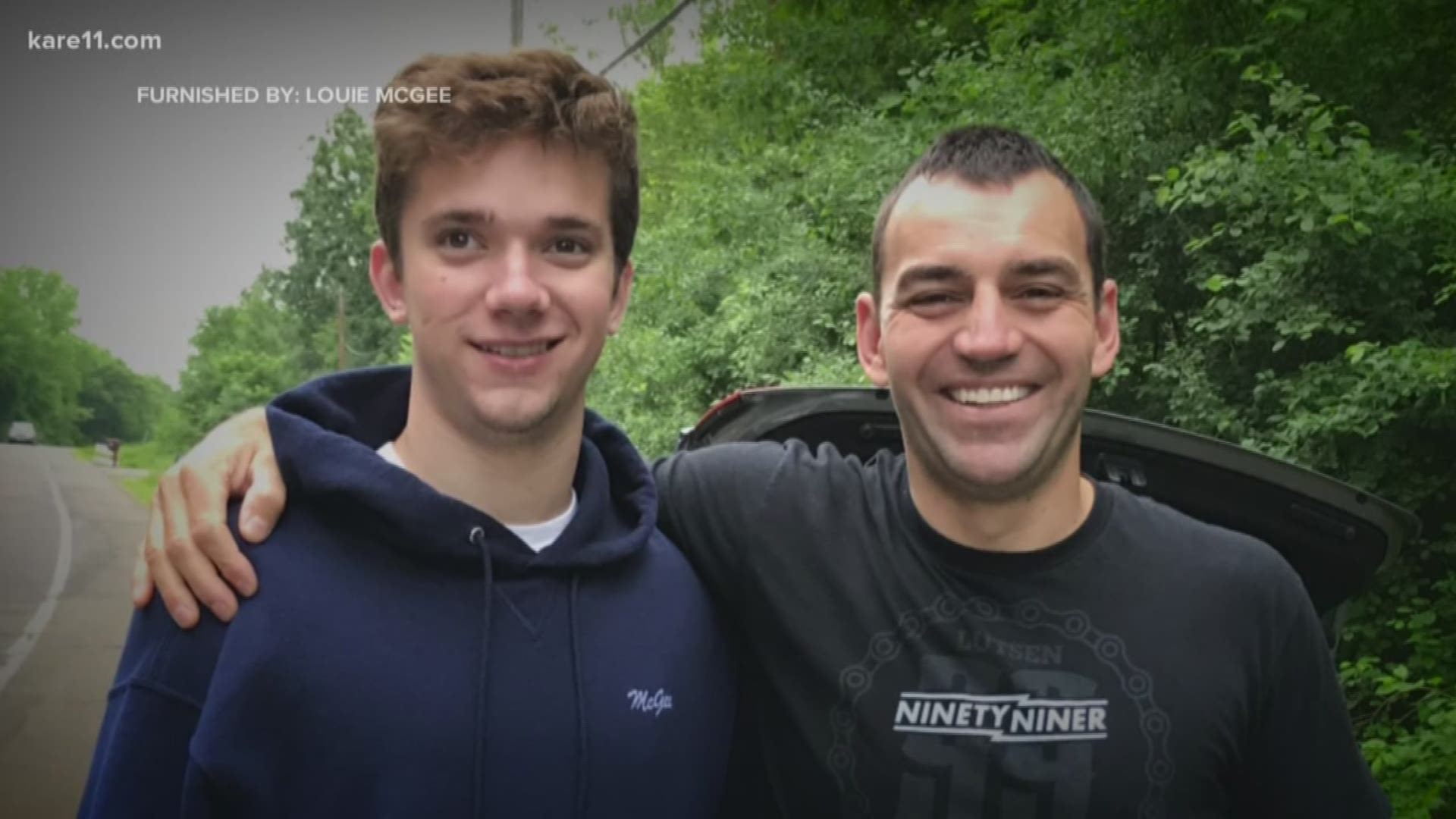 Thirteen years ago, a then 5-year-old Louie McGee learned about betrayal.

He was diagnosed with Stargardt disease, a rare condition in the retina that takes away central vision.

Back then his family took this head-on and showed Louie the world, trying to capture in his failing vision the sights he soon may not ever be able to see.

Today, he is 18 years old, and is legally blind.

“It basically refers to having 20/80 vision or more which means what the average person can read at 80 feet you have to be 20 feet away to read, but me, I'm up in the 2500s so I am pretty set in the legal blindness category,” Louie said with a chuckle.

He will never drive a car.

He won't ever fly a plane.

So, imagine the surprise from his family and friends when he did a triathlon last summer and upon finishing, said he wasn’t done.

“Immediately I was like, I got to do the Ironman,” Louie recalled.

Folks, the IRONMAN triathlon is a physical feat that is unimaginable to folks firing on all physical cylinders.

Doing that without being able to see????

So how will this happen ... how will Louie do it?

Well, he found himself, a pair of eyes.

He will be guided by Milan Tomaska.

“I have to be next to him the whole time because he won’t see anything, I have to show him every crack and every curve, trees that are low I have to point out to him because he can't see it,” Tomaska explained.

And he won't just be telling Louie what it's front of him, he will literally be tied to him.

In the swim by the ankles.

“We have a bungee cord tied to our ankles and the reason it is the ankles is because as we stroke we are not hitting each other like it would be if it was on our hip or anywhere else,” Tomaska said.

When they bike it will be on tandem, with Tomaska obviously steering, and when they run a cord will attach them at the hips.

They have trained like this all spring and summer and as of now are in sync.

But it wasn't always that way.

In the beginning there was a bit of a learning curve.

“I did get hit by a car one time, no lasting damage, it just makes the training more interesting,” Louie said with a laugh.

Come this Sunday, Louie's yearlong vision will become a reality in the Ironman Triathalon in, no kidding, Louisville, Kentucky.