Mall of America to close movie theater this year

The Mall of America will close its movie theaters next week to make room for a new "entertainment experience," according to mall officials. 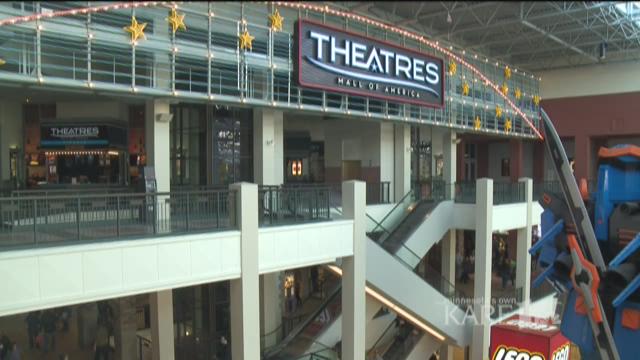 BLOOMINGTON, Minn. - The Mall of America will close its movie theaters next week to make room for a new "entertainment experience," according to mall officials.

The 14-screen theater has been a fixture of the mall, which has owned the space for the last eight years, occupying a large portion of the fourth floor. Previous to the mall's ownership, it was a General Cinema theater.

That means a focus on dining, entertainment, and shops that have a range of appeal, aiming to draw visitors of every age and background, income, and interest.

Jasper says all the theater employees have been offered other jobs at the mall.

Here's the full statement released by the Mall of America on Thursday:

Over the past 24 years Mall of America has continually transformed, evolved and refreshed itself. After a successful eight-year run, Theatres at Mall of America will close at the end of day on December 28, 2016 to make way for a new, first-to-market entertainment venue which will open in late 2017. All current theatre employees remain a valuable part of our team and have been offered positions within Mall of America. More information on the new venue will be released in early January.

The Theatres at MOA also confirmed the news earlier this week, replying to fans on Twitter asking why the theater wasn't showing the new "Star Wars: Rogue One."

@pi8you We're closing at the end of 2016 to make way for new entertainment experience. As a result, we are not showing Star Wars: Rogue One.

Earlier this week, the mall opened a 40,000-square-foot arcade and entertainment arena on the fourth floor called Smaaash.