36-year-old Vanholy Var of St. Paul is charged with kidnapping and burglary after prosecutors say he burst into a home in Newport and tried to take five children who were home alone. 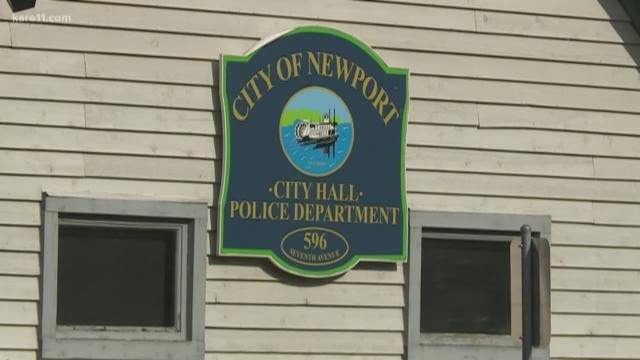 NEWPORT, Minn. -- A St. Paul man is charged with multiple counts of kidnapping and burglary after authorities say he burst into a home in the small city of Newport and grabbed five children.

Defendant Vanholy Var was arrested by police Thursday afternoon after ditching a stolen pickup in the middle of the street in front of Newport City Hall and running on foot into the neighborhood.

A criminal complaint issued in Washington County District Court Friday says the five children, ages 1 through 14, were home alone when someone later identified as Var knocked on the door and asked for a glass of water. When a 10-year-old girl handed him a glass the defendant reportedly pushed his way inside the house. Investigators say he forced them to huddle and then began dragging the group out of the home. The children told authorities he was yelling about protecting them from robbers and murderers in the area.

The youngsters managed to escape when neighbors heard the commotion and confronted Var. Those neighbors were able to keep track of Var and directed officers to his location when they arrived.

"I walked over to see what was happening, and at that time the kids just ran off and went into the house, scared to death," Gary Imholte, who lives next door to the girls.

"It was scary. He would not listen to reason. He was saying, 'There were murders over here, people with guns, and people stealing from people'."

The Washington County Sheriff's deputy assigned to the Newport substation was already tied up on another serious domestic call, so neighbors kept tabs on the man until police officers from nearby St. Paul Park and Cottage Grove arrived.

In the meantime, the man had entered a second home, but was taken into custody.

The children weren't harmed physically, but are still very shaken up about the episode, according to family members.

Imholte said the suspect appeared to be under the influence of drugs, suffering a mental health crisis or possibly both.

"I pray for the man, I just hope he gets help. That’s how we’re going to help the situation throughout the land, is getting these people help."

Vanholy Var is charged with five counts of felony kidnapping and one of first degree burglary.