A St. Paul man charged with shooting and wounding a school bus driver on Interstate 35W this week is the same man who fatally shot a 16-year-old armed robbery suspect in 2015, according to the Ramsey County Attorney's Office. 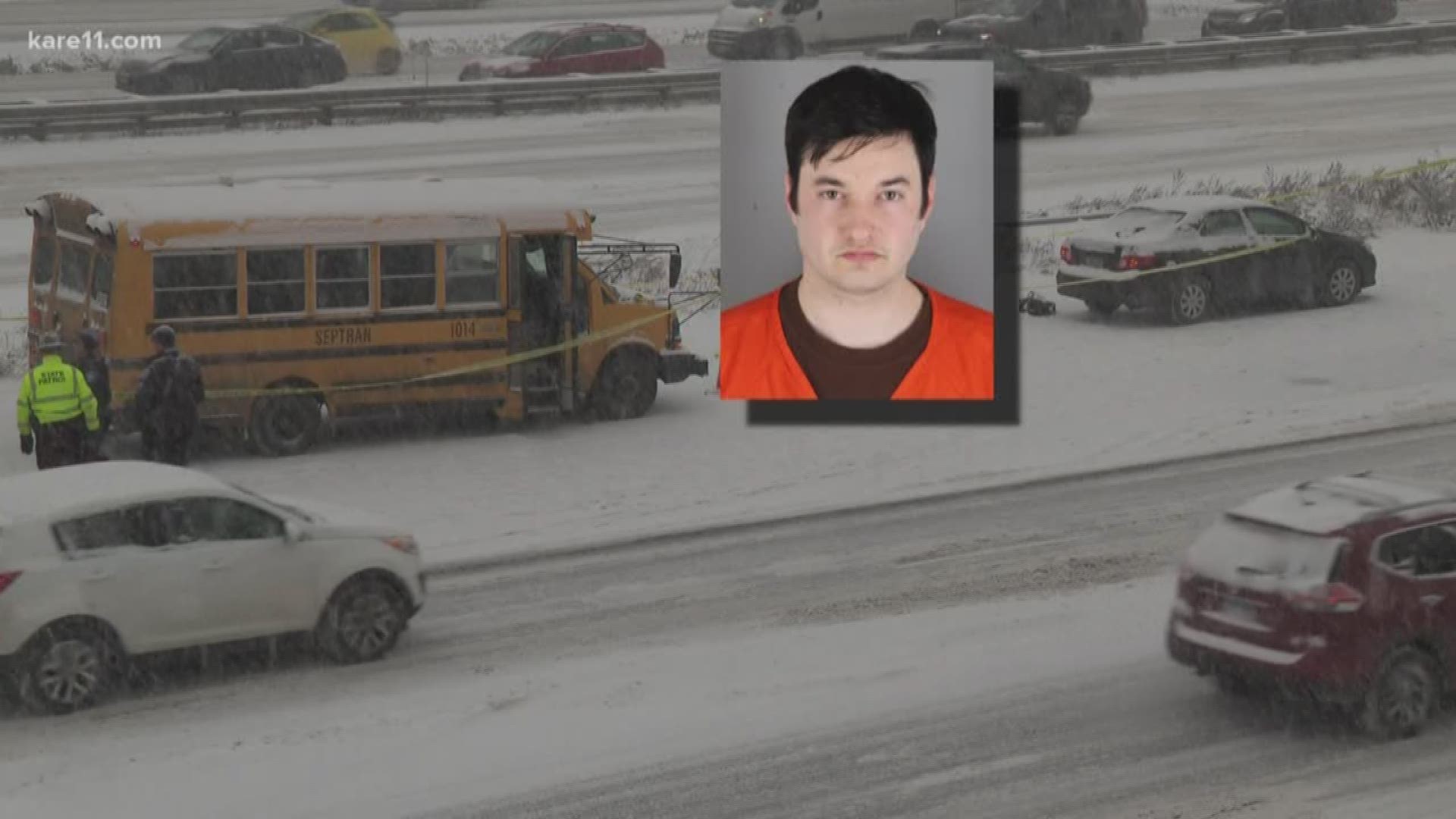 The man charged with the shooting and wounding of a school bus driver on Interstate 35 this week, shot and killed a 16-year-old armed robbery suspect three years ago, according to the Ramsey County Attorney's Office.

In 2015, the Ramsey County attorney's office found that no criminal charges were "appropriate" against Kenneth Lilly, 31, of St. Paul, in the deadly shooting of Lavauntai Detrone Broadbent. Prosecutors say Lilly had a permit to carry.

On Friday, Lilly was charged second-degree attempted murder and second-degree assault with a dangerous weapon in connection with the Tuesday bus driver shooting on I-35W in Minneapolis.

The bus driver's injuries were not life-threatening. An 8-year-old student also on the bus was not injured.

After the shooting Lilly called 911, telling dispatchers he fired because he feared for his safety.

Lilly was arrested immediately after the shooting in what police say was an apparent road rage incident.

The judge ordered that Lilly surrender his permit to carry, stay away from the driver or the child who was on the bus and cannot possess guns or ammunition. Lilly's next court appearance is set for March 8.

Lilly's attorneys, Tom Plunkett and Charles Clippert, said in a Friday statement: "Mr. Lilly was the victim of a horrible violent crime where he had to act to save his life and the life of a young lady.  Members of the "Shoota Boy Gang" (SBD), on a multi-day crime spree, robbed him and a woman at gun point.  He takes no joy in those events, and has struggled with the inevitable emotional turmoil that follows being forced to act in such a way.  The matter was investigated reviewed and Mr. Lilly was cleared. "