Man questioned by Metro Transit police to be deported

A man who was questioned about his immigration status by a Metro Transit police officer is now being deported, according to police. 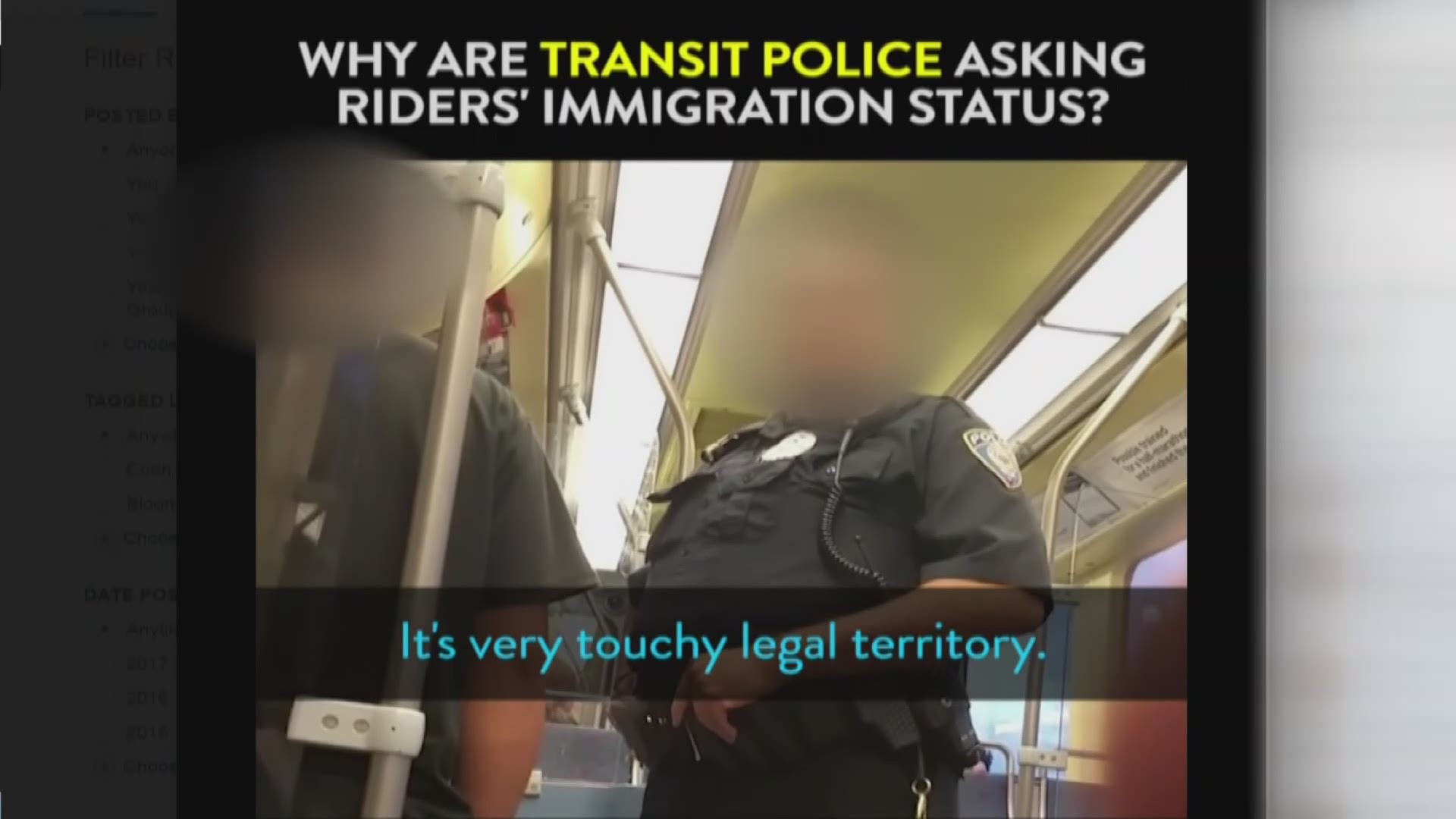 MINNEAPOLIS - Metro Transit police say a man who was questioned about his immigration status by one of their officers is now being deported.

In a video published to social media on May 19, a part-time metro transit officer can be seen asking a passenger, "Are you here illegally?" The man who took the video, Ricardo Levins Morales, said the incident happened on the northbound Blue Line light rail train on Sunday, May 14. That video had more than 1.3 million views as of May 27.

Metro Transit Police Chief John Harrington released a statement Saturday saying that the man who was questioned is now in Immigration and Customs Enforcement custody and is scheduled to be deported.

Harrington says after the incident shown on the video, the man was brought to the Hennepin County Adult Detention Center for fare evasion. That was on May 14. He says Metro Transit police did not notify ICE of any immigration-related concerns, and following standard procedure, the man was put in the custody of the Hennepin County Sheriff's Office.

On May 16, after the video was taken but before it was posted to Facebook, Harrington says ICE took the man into custody.

Harrington says the officer who questioned the man about his immigration status is no longer an employee of the Metro Transit Police Department. He says the police department policies reflect their commitment that their officers will not act as immigration officers.

The Metro Transit PD policy has been updated to say that officers will “ensure equal enforcement of the law and equal service to all persons regardless of their immigration status.”

According to Harrington, he and his department did not know that the man was being deported until May 25.

He said the MTPD is "working to reestablish the trust that was broken by this isolated incident."

The statement went on to say:

"Metro Transit officers come into contact with thousands of riders on a daily basis. We strongly value our relationship with all of the communities we serve and fully understand the importance of our riders’ need to feel confident that they can interact with our officers without fear. The image of a single officer’s questioning immigration status is not reflective of, nor does it represent, the practices and procedures of Metro Transit officers."