19-year sentence for man who threw child off MOA balcony

Emmanuel Aranda stood in court listening to victim impact statements being read by prosecutors, tears welling in his eyes. 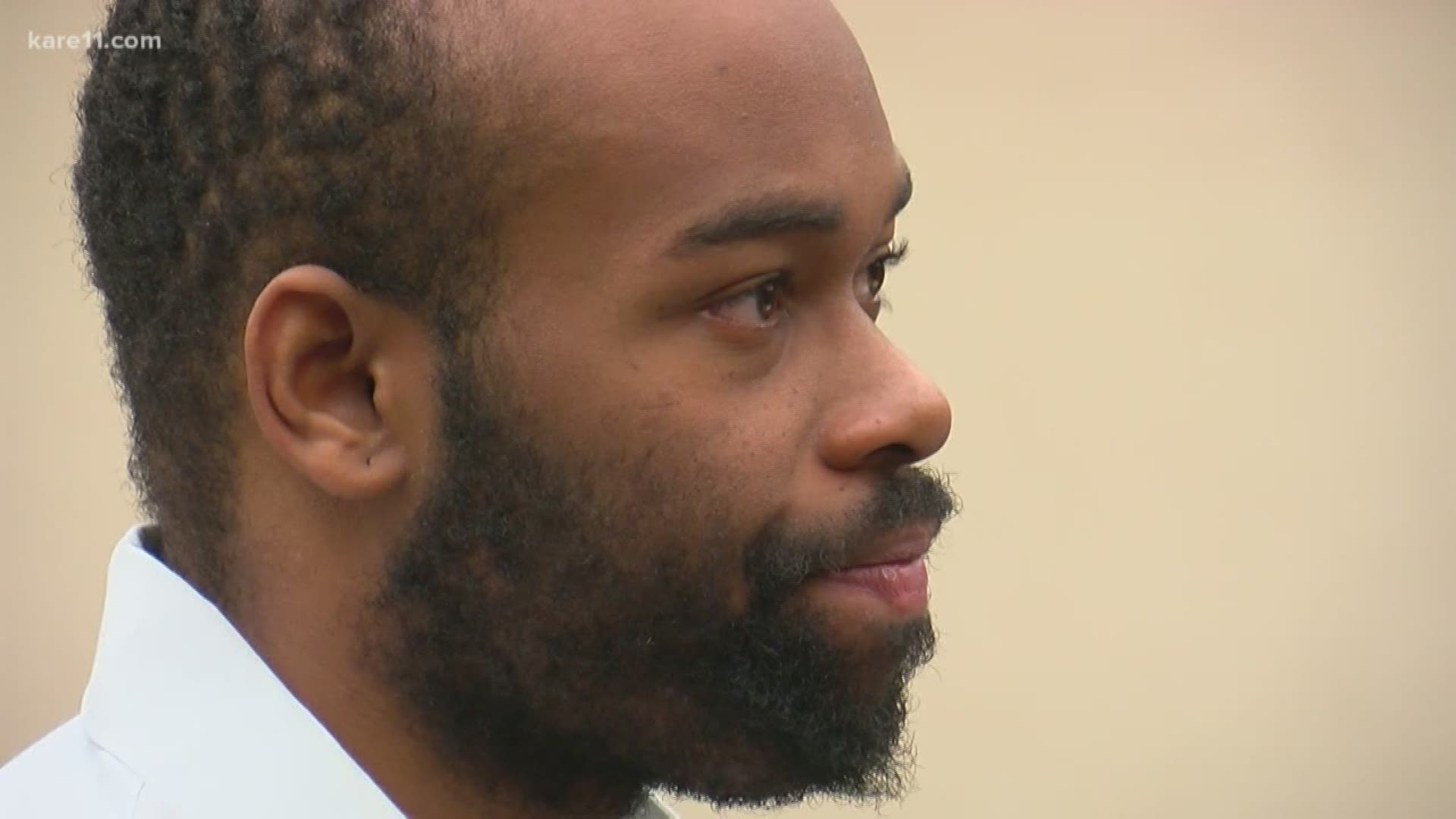 BLOOMINGTON, Minn. — The man who pleaded guilty to throwing a 5-year-old boy off a third-story balcony at the Mall of America was sentenced to 19 years in prison Monday.

Emmanuel Aranda stood in court listening to victim impact statements being read by a prosecutor, tears welling in his eyes. Of that 19-year sentence, Minnesota law mandates that he serve 12 of them, with 53 days off for time served.

When given the opportunity to make a statement or apologize to the family of his victim, Aranda said nothing.

In mid-May the 24-year-old pleaded guilty to first degree attempted murder in the case, in exchange for an agreed-upon sentence of 19 years.

The parents of the young victim, identified only as Landen, chose not to attend the sentencing. Deputy County Attorney  Cheri Townsend instead read a statement from Landen's father. "You intended evil that day, but God wants all for good. Landen, who was a nameless child to you, is not a name forgotten or unknown to God," the boy's father wrote. "Your act was evil and selfish. You chose to listen to the worst parts of yourself that day. You chose evil over good, and chose to take your hate and hurt out on my precious boy. You will take nothing more from us ... you will not define our lives or our hearts."

Landen's mother also provided a statement read by prosecutors. "I want you to know I forgive you, not because what you did was OK, not because I want to, but because God wants me to," she wrote. "I refuse to be full of anger and hatred. I refuse to let you let you take my joy. My sweet precious baby, my amazing gift from God is going to be OK."

After the sentencing, Aranda's mother Becky spoke to reporters outside the courtroom. "I'm glad that she has forgiven my son, which is like a burden that has been lifted off our shoulders," she said, referencing the statement from Landen's mother. "Her statement says a lot for us, that even though she doesn't agree with what my son did, I like the fact that she prayed for him and asked for forgiveness for him."

Watch the statement from Becky Aranda below or click here on the app. 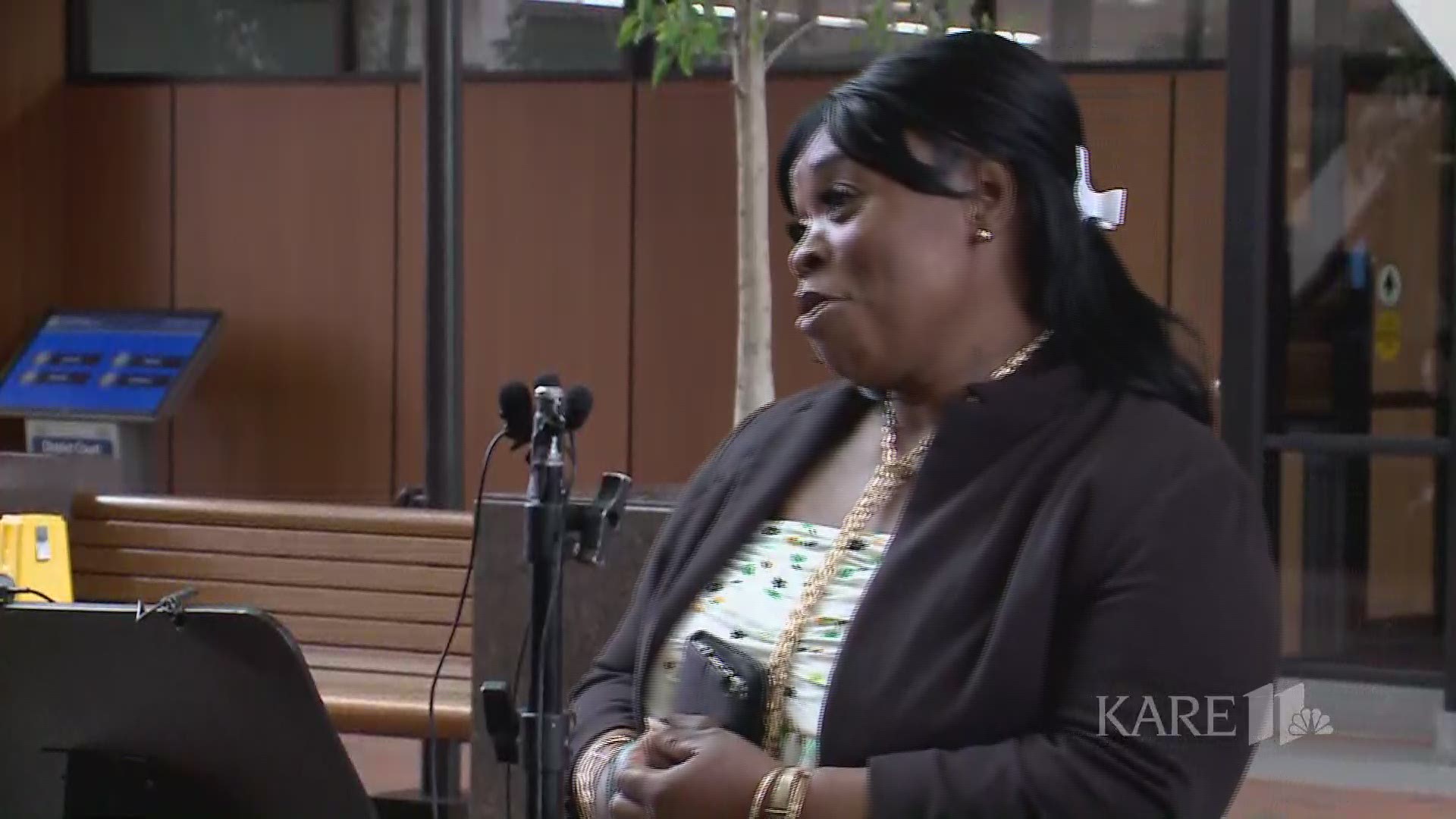 In the criminal complaint, investigators said Aranda approached the boy at random at the Mall of America on April 12, picked him up, and threw him over the railing. He then ran from the scene, pushing a witness who attempted to stop him, according to the charges. Officers caught up with him as he sat on a light rail train.

The child's mother told officers that she and Landen were standing in front of the Rainforest Cafe with a friend and her child when a man they didn't know, later identified as Aranda, approached them and came very close. She asked him if they were in the way and should move, and without warning, the defendant picked up her son and threw him over the railing, the complaint states.

The boy, known to the public as Landen, fell 40 feet. He suffered severe head trauma and multiple broken bones.

A GoFundMe set up for Landen surpassed $1 million, with donations from more than 28,000 people from 42 countries and all 50 states.

RELATED: GoFundMe for boy who was thrown from 3rd floor of MOA surpasses $1 million

The charges state that Aranda told investigators he had been coming to the Mall of America for several years and had attempted to talk to women, but had been repeatedly rejected. He said that rejection caused him to lash out and be aggressive.

Aranda entered his guilty plea unexpectedly at an omnibus hearing on May 14.

While some will complain the punishment is inadequate, state guidelines for this conviction were between 162 and 228 months, which is around 19 years. The deal agreed to is the toughest sentence prosecutors could hope for without petitioning for an aggravated sentence.

Prosecutors said that Landen’s family was in favor of the plea deal. “They were supportive, absolutely,” Prosecutor Cheri Townsend said at the May 14 hearing.

Aranda's mother, Becky, told KARE 11’s Lou Raguse her son needs help for mental illness and doesn't belong in jail. She said at the May hearing that she wasn't allowed to visit Aranda, and told reporters he was acting erratically in the days leading up to the crime.

Landen’s family offered an update on GoFundMe on May 24, saying that he needs further procedures that are “non-life threatening complications” related to the 40-foot fall.

The family's post said Landen is recovering and his spirit is strong, but there is still a long road of recovery ahead.